THE MISTAKE
Off-Campus #2
by Elle Kennedy

He’s a player in more ways than one…

College junior John Logan can get any girl he wants. For this hockey star, life is a parade of parties and hook-ups, but behind his killer grins and easygoing charm, he hides growing despair about the dead-end road he’ll be forced to walk after graduation. A sexy encounter with freshman Grace Ivers is just the distraction he needs, but when a thoughtless mistake pushes her away, Logan plans to spend his final year proving to her that he’s worth a second chance.

Now he’s going to need to up his game…

After a less than stellar freshman year, Grace is back at Briar University, older, wiser, and so over the arrogant hockey player she nearly handed her V-card to. She’s not a charity case, and she’s not the quiet butterfly she was when they first hooked up. If Logan expects her to roll over and beg like all his other puck bunnies, he can think again. He wants her back? He’ll have to work for it. This time around, she’ll be the one in the driver’s seat…and she plans on driving him wild. 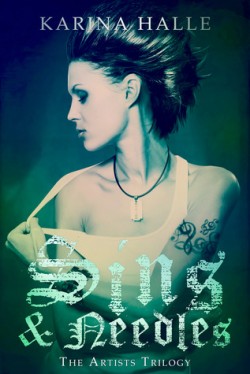 Ellie Watt is used to starting over. The daughter of a grifting team, Ellie spent her childhood being used as a pawn in her parents’ latest scam. Now she’s much older, wiser and ready to give her con artist life a rest. But returning to the dry desert town of Palm Valley, California means one more temptation than she bargained for – Camden McQueen. Once known as the high school weirdo, Camden is bigger and badder than the boy he used to be and a talented tattoo artist with his own thriving business. Ellie’s counting on Camden still being in love with her but what she’s not counting on is how easily unrequited love can turn into obsession over time. When Camden discovers Ellie’s plan to con him, he makes her a deal she doesn’t dare refuse, but her freedom comes with a price and it’s one that takes both Ellie and Camden down a dangerous road.

***The Artists Trilogy is a dark and sexy contemporary ride about three flawed individuals caught in a world where it’s so easy to justify the bad things we do. This is a pure adult read (Not YA or NA). 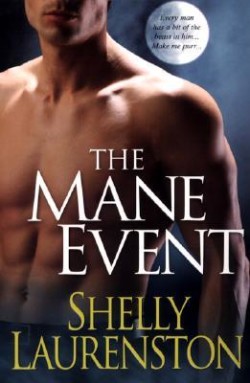 One of the hottest new voices in paranormal romance, Shelly Laurenston knows how to do it all, delivering tales that are wickedly funny, action-packed, and scorch-your-fingers sexy. With The Mane Event, she proves just how delicious love can be once you unleash your inner beast…

How come all the good-looking ones are insane?
That’s what runs through NYPD cop Desiree “Dez” MacDermot’s mind the minute she hooks up again with her childhood buddy, Mace Llewellyn. It isn’t just the way he stares at her with those too-sexy gold eyes―as if he could devour her on the spot. Or the six-four, built-like-a-Navy Seal bod-o-death. It isn’t even that he sniffs her neck and purrs, making her entire body tingle. It’s more about that disconcerting, shifting-from-man-to-lion thing that unhinges her…and makes her want more.

Mace likes making Dez crazy. In fact, he likes her any way he can get her―in bed, on the desk, here, now, again. Together, they’d always been trouble, but Dez has no idea just how good trouble can feel…

Brendon Shaw, hotel owner and lion shifter, has seen better days. He’s been beaten, had a gun to the back of his head, and had to be rescued by a Pack of shape-shifting wolves. He didn’t think he’d survive the night, much less find the woman of his dreams. And he never thought the woman of his dreams would have a Tennessee accent and wear cowboy boots. Once he sets his sights on her, the predator in him is ready to pounce and never let go.

Ronnie Lee Reed is ready to change her life, and New York City is the place where any girl―even one who runs with a Pack―can redefine herself. First order of business: find a mate, settle down, and stop using men for sex. Even big, gorgeous, lion-shifting, oh-my-what-big-um-paws-you-have men. Then again…

I think in triangles. You think in straight lines.

I show you a table and make you believe it’s a chair.

Smoke and mirrors, sleight of hand, misdirection. I trick and deceive.

But most of all, I put on a good show.

The world thinks I killed a man, but I didn’t. Bear with me. It’s all a part of the plan.

She doesn’t remember me, but she’s the reason for everything. She’ll be my prize at the end of all this–if I can hold onto my willpower, that is. Maybe I’ll slip up a little, have a taste, just a small one.

So go ahead and pick a card. Come inside and see the show. Look at my hands, look so closely that you can’t see what’s happening while you’re so focused on looking. I’ll be destroying your world from right here in the spotlight.

You’ll never see me coming until it’s too late.

I’ve only got one heart, and after I’ve pulled off my grand deception I’ll hand it right to her.

So, sit back, relax, and let my girl tell you our story. You’re in for one hell of a ride.

I love most of the books on this list.