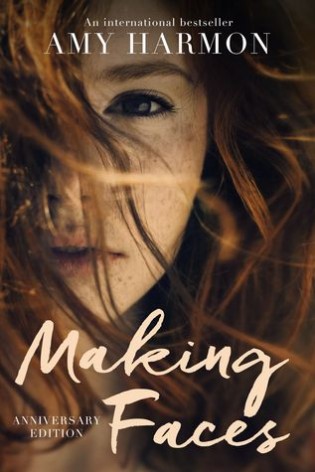 “…if you fancy an innocent romance, packed full of emotions and some unforgettable characters, give this a try.”
~ Under the Covers

Fern Taylor have been in love with Ambrose Young since she was a child, but in high school she was the geeky kid with ginger hair and braces and he was the school hot shot, gorgeous and good at everything he did. In the present day, he isn’t quite what he was, after going to war he came back a different man, scarred, rather than beautiful, and alone where before he was surrounded by friends. Fern sees the broken man she loves and is determined to bring him back.

Apparently when Making Faces was released back in October 2013 it really captured everyone judging by all the 4 and 5 stars review I have seen. I was always a little slow with trends, so I have only just picked this book up 2 years later, am I glad I gave it a go? Am I conforming popular opinion in regards to Making Faces ? Yes to the former and kinda to the latter. Yes I am glad I read this, it definitely drew me and I went through a gamut of emotion; I was crying, I was laughing I was awwing, it really tugs on your heart strings. But, it hasn’t quite inspired me to give it top ratings.

Before I go and and explain why I haven’t quite caught Making Faces fever (2 years later), I would like to tell you exactly why I can see why everyone else did. It was so incredibly sweet, especially Fern, the heroine she wasn’t really the popular feisty kind of heroine, instead she was really nice, kind and the type of person you would be lucky to have as a best friend, you are rooting for her. Making Faces also touches on a subject that I am pretty sure goes to everyone’s heart; young soldiers returning from the front line not quite the same as when they left. Harmon did this really well, the heartbreak felt not just by Ambrose but by the whole town.

Now, we come to the relationship that I loved in this book, the relationship that had me ugly crying, that between Fern and her disabled cousin Bailey. Bailey has a muscle wasting disease which basically means he slowly losing use of his body as his muscles die, Fern is his carer and also his best friend. I LOVE those two together, Bailey’s attitude towards his disability is inspiring and the way Fern cares for him, like it is an honour rather than a burden is the same. I am actually tearing up thinking about this. For me Bailey stole the show in this book, he is what I will remember when I think of this book, I can’t help but being a little in love with him.

On to the two reasons why I didn’t really jump on the band wagon with this:

I did enjoy this book and I am definitely going to read something else by Amy Harmon, if you fancy an innocent romance, packed full of emotions and some unforgettable characters, give this a try. 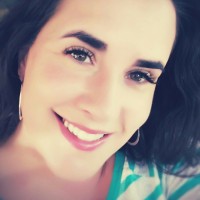 Amy Harmon is a USA Today, Wall Street Journal and New York Times Bestselling author of eight novels - the USA Today Bestsellers, Making Faces and Running Barefoot, as well as The Law of Moses, Infinity + One, Slow Dance in Purgatory, Prom Night in Purgatory, and the New York Times Bestseller, A Different Blue. Her latest novel, The Song of David, was released on June 13, 2015.

She knew at an early age that writing was something she wanted to do, and divided her time between writing songs and stories as she grew. Having grown up in the middle of wheat fields without a television, with only her books and her siblings to entertain her, she developed a strong sense of what made a good story. Her books are now being published in several countries, truly a dream come true for a little country girl from Levan, Utah.

Thank you for the review. I think I’ll give this one a pass, esp if you found no romance vibe…friendship, while exceedingly important in any relationship, also requires romance in a romance novel.

I’ve had this on my TBR pile for a while.

[…] packed full of emotions and some unforgettable characters, give this a try.” ~ Under the Covers Read full review | Purchase on […]