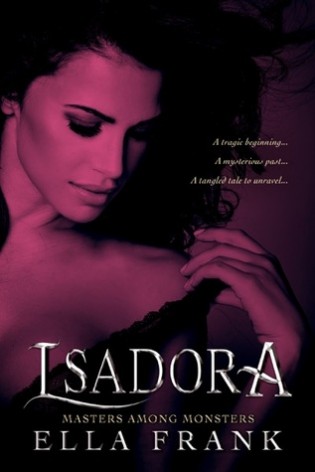 Isadora Nikitas understands what it means to be betrayed. That lesson was taught to her in the prime of her life, and when she is offered a chance to exact revenge, she finds it difficult to refuse.
Instead, she entrusts her survival to a mysterious vampire known only as Diomêdês, a male who wants nothing in return but to watch over her—in every way imaginable.

Gifted with speed, strength, and immortality, she determines that her life will no longer be governed by the needs and wants of a mere man. She has cowered for the last time, and with her Ancient by her side, she thrives and blossoms into the most formidable female vampire in existence.

But, once upon a time, like all little girls, Isadora believed in love. She believed it because she once had it. So, when it comes along a second time, she knows that it’s possible—but when you love someone, they become your weakness. Unless, in fact, they become your enemy instead…

Fulfilling your life’s prophecy should be empowering. At least, that’s what Elias Fontana always believed. But, as he stands guard over the beautiful vampire he’s taken hostage, his convictions start to crumble. Made to believe by his creators that he and two others have been designed to destroy a dangerous race, he has difficulty connecting his current reality to the woman he once loved.

A TANGLED TALE TO UNRAVEL…

When friends become enemies and enemies become lovers, who can you trust in the webs of lies and despair? And, when your life is at stake and blood has been shed, how much are you willing to sacrifice to fulfill your destiny? 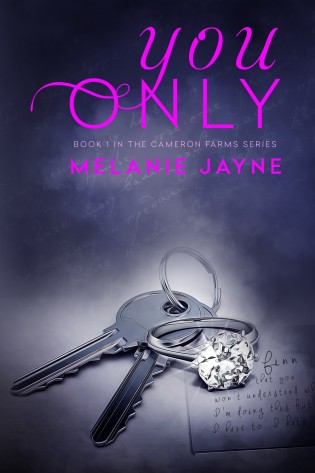 You Only
by Melanie Jayne

Fifteen years ago the hometown princess ran away...

Her prince, Finn Webber, has moved on but he never forgot his heartbreak. Now, Hale Cameron, his lost love, is back and he is curious. This new Hale is smart, sassy and sexy.

Hale is back home and all grown up. She's smarter and sassier. But there are still things she needs to resolve, one of which is Finn Webber, the guy whose heart she broke. She hopes he can forgive her for her past mistakes. What she doesn't expect is his reaction to her.

Time may have passed, but old feelings are still alive. Find out what happens when the hometown princess comes home and discovers that her prince isn't as immune to her as she believed. 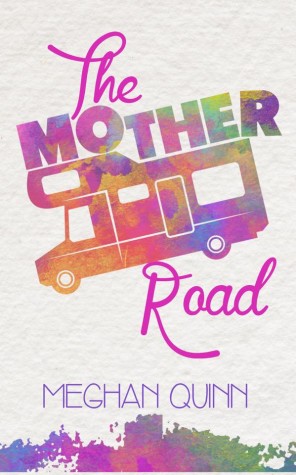 The Mother Road
by Meghan Quinn

Never in a million years would I have pictured myself as an axe-wielding, dragon lady, chopping up multi-colored flannel shirts into my very own plaid mulch. But here I am, chopping away my frustrations.

It all started when my brother, Paul, convinced me to go on one last family road trip across the Mother Road with him and my dad.. Just like old times, right? Wrong. What Paul fails to mention is his best man, Porter, will be joining us, who just so happens to be my childhood crush and the man who broke my heart four years ago.

What is supposed to be a fun, family bonding experience across Route 66 turns into a war
of pranks, awkward moments and bathrooms full of dirty flannel shirts and day old beard clippings. Paul’s know-it-all attitude and Porter’s devilish charm brings me to the brink of my sanity on my seven day trek across the United States with three bearded men in a small 1980’s RV.

“Sawyer Bennett never fails to deliver heroes I fall hard for and heroines I adore,” raves Violet Duke. Now the bestselling author of the Cold Fury series proves that vengeance is sweet—but seduction is to die for.

Sela Halstead lost her innocence in a way that no sixteen-year-old should ever have to endure. She’s spent years trying to forget that night even while wondering about the identities of the monsters who brutalized her—until a telltale tattoo flashes across Sela’s TV screen. The incriminating ink belongs to Jonathon Townsend, the millionaire founder of The Sugar Bowl, a website that matches rich older men with impressionable young women. Obsessed with revenge, Sela infiltrates Townsend’s world, only to come face-to-face with a tantalizing complication: Beckett North, his charismatic business partner.

The tech mastermind behind The Sugar Bowl, Beck always gets what he wants, in business and in bed. And yet, for a man who’s done every dirty thing imaginable, there’s something about the naïve, fresh-faced Sela that sparks his hottest fantasies. Because with her, it’s not just about sex. Beck opens up to her in ways he never has with other girls. So why does he get the feeling that she’s hiding something? In a world of pleasure and power, the shocking truth could turn them against each other—or bind them forever.

As captain of a San Francisco Bay tour boat, Pru can handle rough seas—the hard part is life on dry land. Pru loves her new apartment and her neighbors; problem is, she’s in danger of stumbling into love with Mr. Right for Anybody But Her.

Pub owner Finn O’Riley is six-foot-plus of hard-working hottie who always makes time for his friends. When Pru becomes one of them, she discovers how amazing it feels to be on the receiving end of that deep green gaze. But when a freak accident involving darts (don’t ask) leads to shirtless first aid, things rush way past the friend zone. Fast.

And then tell him the truth.

Pru only wants Finn to be happy; it’s what she wishes for at the historic fountain that’s supposed to grant her heart’s desire. But wanting him for herself is a different story—because Pru’s been keeping a secret that could change everything. . . .

The Sight
by Chloe Neill

The paranormal war that engulfed New Orleans seven years ago is over. But the battle for the city is just beginning . . .

Claire Connolly is a Sensitive, infected with magic when the Veil that divides humanity from the world beyond fell. Magic can easily consume and destroy a Sensitive, and if Claire’s secret is discovered she’ll be locked into the walled district of Devil’s Isle along with every other Paranormal left in the city.

Bounty hunter Liam Quinn discovered Claire’s secret, but refused to turn her in. Together they saved New Orleans from the resurgence of magic that nearly destroyed it. But now a dangerous cult is on the rise, and it will take both Claire and Liam—and magical allies within Devil’s Isle’s towering walls—to defeat the occult threat before magic corrupts them both...

Wait for it….wait for it….
I’ve completed my GoodReads Challenge!!!!!!!!! *throws confetti* 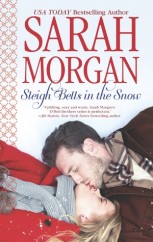 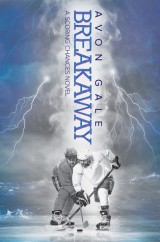 So looking forward to reading the sight