City of Light
by Keri Arthur

The first in an all-new futuristic fantasy series from Keri Arthur—the New York Times bestselling author of the Souls of Fire novels.

When the bombs that stopped the species war tore holes in the veil between this world and the next, they allowed entry to the Others—demons, wraiths, and death spirits who turned the shadows into their hunting grounds. Now, a hundred years later, humans and shifters alike live in artificially lit cities designed to keep the darkness at bay....

As a déchet—a breed of humanoid super-soldiers almost eradicated by the war—Tiger has spent her life in hiding. But when she risks her life to save a little girl on the outskirts of Central City, she discovers that the child is one of many abducted in broad daylight by a wraith-like being—an impossibility with dangerous implications for everyone on earth.

Because if the light is no longer enough to protect them, nowhere is safe...

The Diary of Lexi Ashford, Part One
by Jessica Sorensen

Lexi has always had a reputation for accidentally messing things up, but she never thought she’d be jobless and homeless at twenty-six. With no other choice, she returns to her hometown to do a little life searching.

Lexi quickly discovers a lot has changed in the eight years since she first left Fairville, a quirky little town in the middle of nowhere. Most of her best friends from high school are now married and have children, and her parents have sold their home and are now living in a loft above their store. One thing still remains the same, though. Anders, her old high school crush is still as hot as ever.

Determined to get her life back on track, Lexi starts searching for an apartment and a job. But during a crazy night at one of her friend’s bachelorette parties, she wakes up in Las Vegas, hungover and married to Evan, Anders' brother, a guy she barely knows. So much for getting her life back on track.

Waiting on Wednesday: The Harder You Fall by Gena Showalter

Top Ten Character Deaths I Can’t Get Over 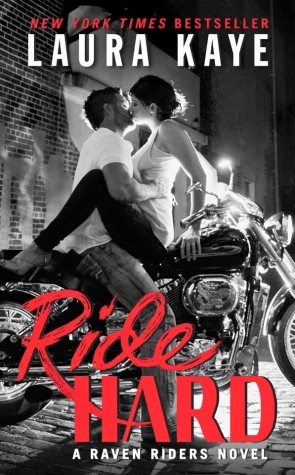 Brotherhood. Club. Family.
They live and ride by their own rules.
These are the Raven Riders…
Raven Riders Motorcycle Club President Dare Kenyon rides hard and values loyalty above all else. He’ll do anything to protect the brotherhood of bikers—the only family he’s got—as well as those who can’t defend themselves. So when mistrustful Haven Randall lands on the club’s doorstep scared that she’s being hunted, Dare takes her in, swears to keep her safe, and pushes to learn the secrets overshadowing her pretty smile.
Haven fled from years of abuse at the hands of her criminal father and is suspicious of any man’s promises, including those of the darkly sexy and overwhelmingly intense Ravens’ leader. But as the powerful attraction between them flares to life, Dare pushes her boundaries and tempts her to want things she never thought she could.
The past never dies without a fight, but Dare Kenyon’s never backed down before… 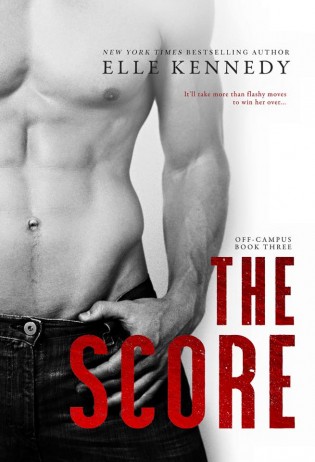 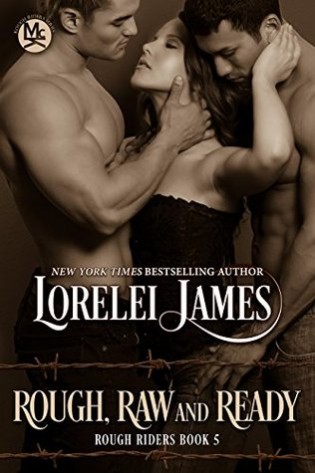 Chassie West Glanzer hasn’t been a stranger to tragedy. So a year of wedded bliss to sexy-as-sin cowboy Trevor Glanzer has brought her the happiness and contentment she never thought she’d find. And running a ranch has mellowed Trevor’s rodeo wanderlust. Then Trevor’s old roping partner ambles up the driveway—throwing Chassie’s life into chaos.

Trevor never expected to see Edgard Mancuso again, after it became clear he couldn’t be the man Edgard needed. Now Edgard has returned from Brazil to sort out their tangled past. Although Trevor is hat-over-bootheels in love with his sweet, feisty wife, he’s plagued by feelings for Edgard he thought he’d buried years ago.

Chassie’s shock that Edgard and Trevor were once lovers turns to fear of losing her husband. Or worse, fear that Trevor will stay with her only out of a sense of duty. Edgard wasn’t sure how he’d feel about Trevor’s wife, but the more time he spends with the big-hearted cowgirl, the deeper their connection becomes. As the three of them test their intimate boundaries together, the sins of the past blur and fade, leaving raw emotion—and unbridled passion.

Passion that could heal them…or cause irreparable damage to their future.

A ruthless tycoon
Savage ambition has brought common-born Rhys Winterborne vast wealth and success. In business and beyond, Rhys gets exactly what he wants. And from the moment he meets the shy, aristocratic Lady Helen Ravenel, he is determined to possess her. If he must take her virtue to ensure she marries him, so much the better…

A sheltered beauty
Helen has had little contact with the glittering, cynical world of London society. Yet Rhys’s determined seduction awakens an intense mutual passion. Helen’s gentle upbringing belies a stubborn conviction that only she can tame her unruly husband. As Rhys’s enemies conspire against them, Helen must trust him with her darkest secret. The risks are unthinkable…the reward, a lifetime of incomparable bliss. And it all begins with… 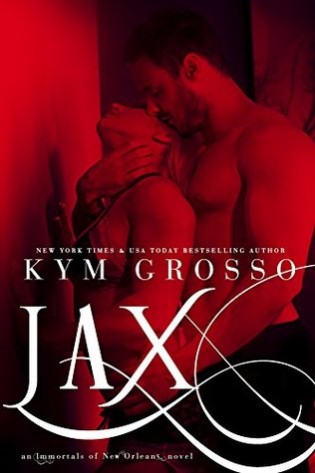 JAX (IMMORTALS OF NEW ORLEANS, BOOK 7)
Agrestis Wolves’ Alpha, Jax Chandler, is on a mission to exact retribution after being captured and tortured by an enigmatic adversary. When the sophisticated publishing mogul rescues a beautiful wolf, he recognizes the woman he’d once believed to be his mate. Captivated, he sets out to discover her secrets and teaches her to embrace submission.

From New York to New Orleans, Jax and Katrina embark on a dark and sensual adventure, discovering sorcery that could eradicate his entire pack. With their lives in danger, they search for clues to release her from the ominous prophesy. Will they survive the predator that comes ever closer to destroying their lives? And will Jax acknowledge the bond to a woman he never imagined he could trust to be his mate?

This week I got a bit more ahead in my GR challenge!  I am now 17 books ahead of schedule.  Woot woot! 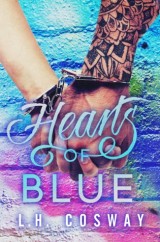 Of course we follow you! Your reviews are informative and enjoyable!

Loved Reapers Fall and have November 9 on my TBR pile. Can’t wait for Hearts of Blue.