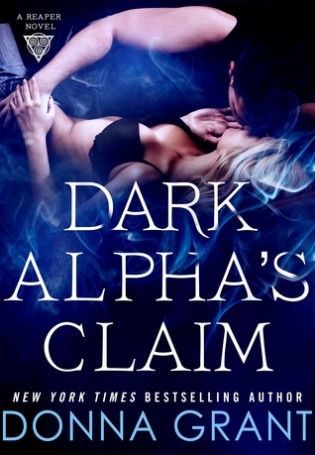 “Grant delivers a fun-filled story brimming with mischief and magic.”
~ Under the Covers

In this brand new series, Donna Grant uses what she has built in previous series as a platform for this new series featuring Reapers. Reapers are men who are under orders from Death. In this particular book, Baylon is tasked with killing Fae who have done despicable things. By doing this, he has forfeited a life of happiness for himself. He has no familial ties. The only closest thing he has is his small brotherhood of other Reapers.

As always, Grant creates a pretty substantial number of character who I can only assume will get their own books. You can already see her building their characters, hinting at certain personality traits that many readers will find intriguing.

What I enjoyed the most about the series is also something that I think could potentially make other readers not like this. As I mentioned earlier, Grant takes some of the world from her other series and places bits and pieces of that into this one. For long-time readers of Grant’s books you’ll get plenty of moments that refer to characters from the Dark Kings series and even some of the Dark Warriors. So despite this being a new series about Reapers, the dragons and fae do still exist in this world, creating a much more vast and complex atmosphere.

The only problem with that is when new readers come in and are instantly bombarded with characters that they aren’t familiar with. With the bunch of Reapers that first introduced here, plus the various mentions of several past characters in other series, it can be a lot to handle for a reader. And when you add in the romance and the worldbuilding, I think it can potentially cause some confusion.

However, Grant still delivers a fun-filled story brimming with mischief and magic. Her greatest strength lies in her worldbuilding and I cannot wait to see where the Reapers will take readers next!

Thanks for the review, I’ve only read a few of the Dark King books.