1745, Scotland: The youngest son of the scandalous Mackenzie family, Malcolm is considered too wild to tame…until he meets a woman who is too unattainable to resist.

Lady Mary Lennox is English, her father highly loyal to the king, and promised to another Englishman. But despite it being forbidden to speak to Malcolm, Lady Mary is fascinated by the Scotsman, and stolen moments together lead to a passion greater than she’d ever dreamed of finding.

When fighting breaks out between the Highlanders and the King's army, their plans to elope are thwarted, and it will take all of Malcolm’s daring as a Scottish warrior to survive the battle and steal a wife out from under the noses of the English. 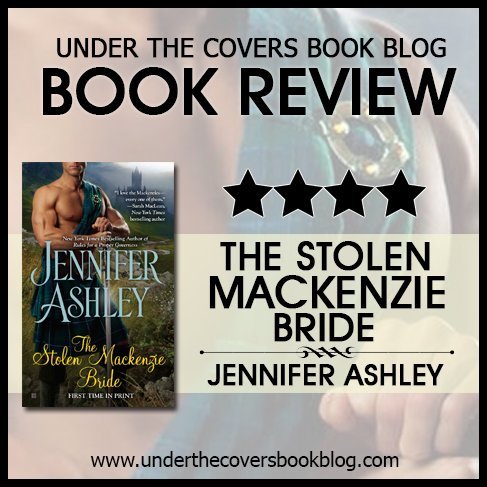 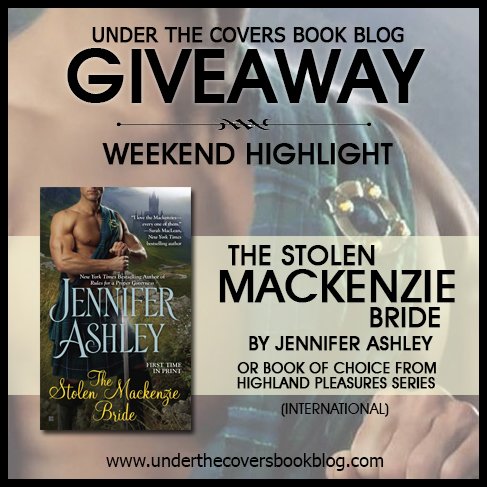 I don’t have a favourite highlander yet. The whole series is on my TBR list. 🙂

I’m going to have to go with Jamie in OUtlander. LOVE!

I love this series! Ian Mackenzie, with Cameron a close second!

I love them all! I mean really, what’s not to love but if we’re talking about this series then I’m going with Ian followed by Hart. That Duke is something else <3

Hope you’re feeling better now, Suz. Yours is the second really positive review I’ve seen for this book and I definitely want to read it. My favorite highlander is Jamie Fraser, but I also enjoy Genevieve Graham’s MacDonalds and Kathleen Givens Highlanders. There are several more and even a few that felt like Highlander epic romances like Sara Donati’s books. 😉

My first one, and still a favorite, is Connor MacLeod of the Clan MacLeod, or maybe Duncan, from the tv serie <3 Love them all!
Happy Saturday!
//Linda

Of course I love Jamie Fraser from Outlander, however I have to say I love ALL Highlanders, they all have their unique qualities!

In general I don’t read that many highlander stories, but the Mackenzies are the one exception to that. My favorites are Ian, Cam, and Cam’s son Daniel.

I’ve only discovered the world of eBooks and Indie authors in the Fall of 2014 and was very surprised at the variety of books and subjects I found. Of course, Jamie Fraser is my favorite Highlander and I’m discovering others as I make my way through eBooks I’ve found free, won in contests or bought. Jennifer is a new author for me but I’ve seen her a few times on various FB events. Looking forward to discovering her books.

I don’t have a favorite highlander

Linda, I was thinking of THE HIGHLANDER, too! Ah, Connor Macleod, you sexy Highlander! *LOL*

Anyway, some mentionables would be a couple of KMM’s heroes, a few of Lynsay Sands’ heroes, a few of some other heroes from different authors, and more that I probably don’t remember where I read them.

I love pretty much all the highlanders I can read about!

Lord Ian Mackenzie is my all time favorite highlander

My favorites and been the once in both Maya Bank’s Highlanders series.

Alec Kincaid from The Bride by Julie Garwood 🙂

I pretty much love most highlanders especially those that have time travelling abilities like in Brenda Joyce’s Master of Time series.