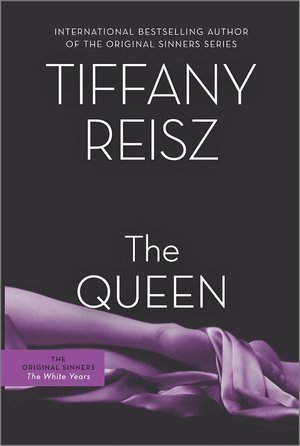 The Queen
by Tiffany Reisz

Once upon a time, Nora and Søren made a fateful deal—if he gave her everything, she would give him forever.

The time has finally come to keep their promises.

While new lovers and the sweet taste of freedom intoxicate Nora, she is tempted time and time again by Søren, her only love and the one man who refuses to bow to her. But when Søren accepts a new church assignment in a dangerous country, she must make an agonizing choice—will the queen keep her throne and let her lover go, or trade in her crown for Søren's collar?

With a shattering final confession, the last link in the chain is forged in The Original Sinners saga. It's the closing chapter in a story of salvation, sacrifice and the multitude of scars we collect in the name of ecstasy—and love. 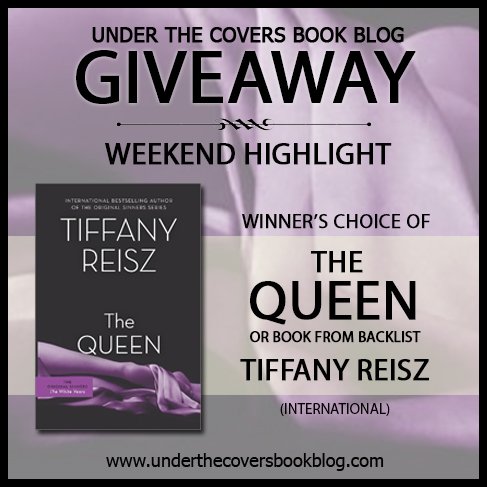 Under the Covers Book Blog
Admin
Reply to  Deborah

Cherise is a good choice! I’ve read a few of Masters’ books but I think I need to explore some more.

Thanks for the awesome chance

I LOVE Tiffany’s Books !! Truly and sincerely my favorite series EVER ! I adore Kingsley and i dream of Soren…and Nora, will she could or could not be my woman crush. What a what wild and cray ride !

You dream of Soren? Those must be some pretty intense dreams ;P

I haven’t started this series yet but have a couple of them on my shelf just waiting on me to get my hands in all of them. I love Roni Loren’s Loving On the Edge series.

So excited for your giveaway! I cannot wait to read The Queen!! Tiffany Reisz is my favorite

I’m going with Cherise…this post reminds me I need to read The Siren soon!

THEEEE best book ever that you could give away

Love her. And Jenna Barton. Cannot wait to read this.

Tiffany Reisz is the best!