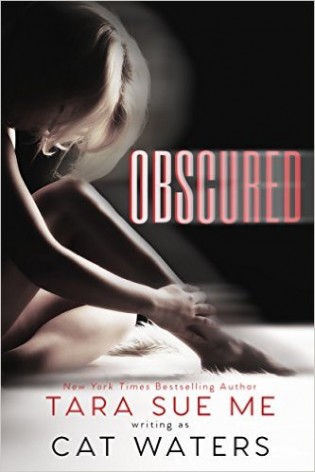 Tara Sue Me is writing as Cat Waters in Obscured, and it’s really not like anything we’ve seen from her before. Athena Hamilton moved to Las Vegas at sixteen with big dreams that fell flat. For ten years, she’s worked as a high end prostitute, having been the victim of a ruthless pimp who’s trapped her in his world. She sees no way out until she has an unexpected run-in with an old friend, Isaiah Martin. He’s kind and understanding, offering to shelter her and aid her escape. Complication? He’s a pastor and she knows she can never fit into his life, no matter how much she yearns for normalcy. The truth, however, remains obscured…people are never as they appear to be at first glance. Who can Athena trust to deliver her from a life that seems beyond saving?

Thanks for the review, it sounds really good.