“His music moves the world. Can his love move her heart? ”

Nick Blackthorne knows all about words of love. They’re the reason he’s the world’s biggest rock star. The irony? He turned his back on love a long time ago, lured away by the trappings of fame.

An invitation to a friend s wedding is a stark reminder of how meaningless his life has become. When he enters that church, there’ss only one woman he wants on his arm the one he walked out on a lifetime ago. But first he has to find her, even if all she accepts from him is an apology.

Kindergarten teacher Lauren Robbins once had what every woman on the planet desires. Nick. Their passion was explosive, their romance the stuff of songs and it took fifteen years to get over him. Then out of the blue Nick turns up at her door, and all those years denying her ache for him are shattered with a single, smoldering kiss.

But molten passion can’t hide the secret she’s kept for all these years. Because it’s not just “her” heart on the line anymore and not just her life that’ll be rocked by the revelation.

The WILD Boys of Special Forces # 1-3
by Angel Payne

The WILD Boys of Special Forces is Angel Payne’s USA Today bestselling series, raved about by readers and reviewers around the world who love their special ops stories as hot off the mission as on. For the first time ever, you can go WILD with the first three heroes of the set, in their full-length novel glory, all in one specially-priced volume.

Like any good Spec Ops team, these men have an acronym. WILD stands for Warriors Intense in Love and Domination—a job description they take very seriously.

The books in this volume are:

SAVED BY HIS SUBMISSIVE:
Garrett Hawkins is the most valuable asset to his Special Forces unit—because frankly, the guy doesn’t care if he lives or dies anymore. Since the love of his life, Sage Weston, was kidnapped and killed a year ago, Garrett has turned the shell of his soul into the armor of a finely-tuned fighting machine.
It’s a plan that works—until one night, deep in the jungles of Thailand, he discovers Sage is very much alive. Now that she’s back in his arms, Garrett doesn’t know what to do. He has changed in dramatic and daunting ways, especially in the darker tastes of his passion. If he touches Sage again, he’ll want to claim her, restrain her…dominate her. Is Sage’s love strong enough to let Garrett back in not only as her fiancé, but her Dominant? Or can it be that Garrett’s discipline is exactly what her soul needs to find its way back to life—and love—once again?

HANDCUFFED BY HER HERO:
Between a rock and a hard place. To Sergeant Zeke Hayes, the expression has always been a non-factor. There’s never been a situation he can’t blast, punch, or smart-ass his way out of, which makes him the perfect fit for his Special Forces battalion–and a natural-born Dominant who’s made a lot of submissives happy from Mt. Rainier to Vancouver. That all changes when Rayna Chestain enters his world, and he must harbor her from a fiend who now wants his pound of revenge flesh. Sheltering Rayna has never felt more right—but wanting her? Dreaming of her beneath him, surrendering to his passion and domination? It’s the most forbidden fruit he can crave…and the only thing he can’t stop thinking about.

SURRENDERING TO HER SERGEANT:
Corporal Ethan Archer has just earned his sergeant’s stripes, and the guys on his Special Forces team decide that a trip to the fun and sun of LA is a perfect way to celebrate. When Ethan and his buddies finagle a visit to the set of the successful nighttime drama, “Dress Blues,” his reunion with stylist Ava Chestain is magical—but their time is cut short by Bella Lanza, who’s determined to rekindle her naughty past with Ethan. Everyone’s plans are put on hold when the unit is called to secretly cut their vacation short in the name of assisting the CIA on a terrorist plot to destroy the West Coast. As the terrorists’ plan becomes reality, Ethan must make decisions that will either kill or save them all. Can Ava trust him enough to stand by him with everything she is…including what could be her last breath? 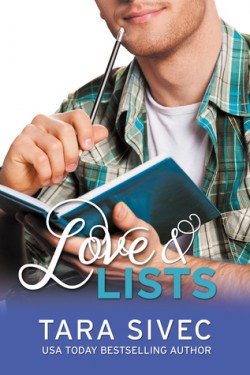 Love and Lists is the first book in the Chocolate Lovers spinoff – Chocoholics: The foul-mouthed offspring tell their stories.

Twenty-five-year-old Gavin Ellis has always had the love and support of his family ever since he was a little boy and couldn’t stop talking about his penis. He’s also always had their unsolicited advice and uncanny knack of embarrassing him at all costs. Now that he’s an adult and trying to convince the love of his life to love him back, things haven’t changed very much from when he was younger.

When Gavin’s best friend Tyler suggests he make a to-do list of items that will ensure he wins the girl, Gavin is one-hundred-percent on board: after a few six packs.

After puking in the shrubs, a bad experience with Viagra, a Sex-Ed course gone wrong, and a slew of other mishaps courtesy of his family and friends, Gavin is pretty sure this list will be the death of him.

Sometimes, trying to make someone love you with a list isn’t always the best idea. Especially when “Show her your penis” is the first “to-do” item… 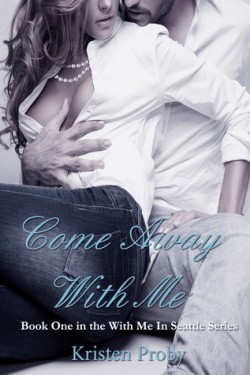 Being confronted on the beach by a sexy stranger wasn’t part of Natalie Conner’s plans for a peaceful morning taking photos. And why on earth would he think she’s taking pictures of him, anyway? Who is he? One thing’s for sure, he’s hot, and incredibly romantic, feeding Natalie’s wounded soul.

Luke Williams just wants the world to give him a break, so seeing yet another camera aimed at his face has him ready to pounce on the beauty behind the lens. When he finds out she has no idea who he is, he’s intrigued and more than a little tempted by her. Natalie has a body made for sex, a sassy mouth and Luke can’t get enough of her, but he’s not ready to tell her who he really his.

Natalie is a no nonsense girl who doesn’t do well with lies and secrets. What will happen to this new relationship when she discovers what Luke’s hiding? 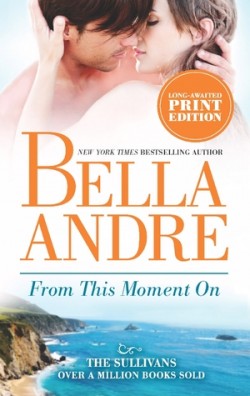 FROM THIS MOMENT ON
The Sullivans # 2
by Bella Andre

With FROM THIS MOMENT ON, bestselling author Bella Andre introduces you to Marcus, the second Sullivan bad boy, whose life will never be the same from the moment he meets Nicola….

For thirty-six years, Marcus Sullivan has been the responsible older brother, stepping in to take care of his seven siblings after their father died when they were children. But when the perfectly ordered future he’s planned for himself turns out to be nothing but a lie, Marcus needs one reckless night to shake free from it all.

Nicola Harding is known throughout the world by only one name – Nico – for her catchy, sensual pop songs. Only, what no one knows about the twenty-five year old singer is that her sex-kitten image is totally false. After a terrible betrayal by a man who loved fame far more than he ever loved her, she vows not to let anyone else get close enough to find out who she really is…or hurt her again. Especially not the gorgeous stranger she meets at a nightclub, even though the hunger – and the sinful promises – in his dark eyes make her want to spill all her secrets.

One night is all Nicola and Marcus agree to share with each other. But nothing goes as they plan when instead of simply tangling limbs, they find a deeper connection than either of them could have anticipated. And even though they both try to fight it, growing emotions – and sizzling attraction – keep drawing them closer together.

Close enough for them to wonder if stealing one more secret moment together can ever be enough? 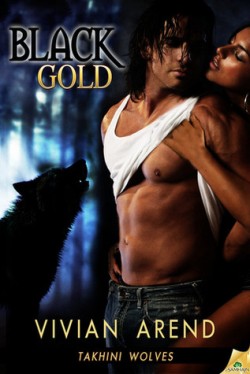 Their wolves are howling at the moon. Their human halves are on different planets.

Lone wolf Shaun Stevens s automatic response to the words happily ever after ? “Kill me now.” Yet with all his friends settling down he s begun to think there may actually be something to this love-and-roses crap.

One thing s for sure: his dream mate will have to out-cuss, out-spit and out-hike him. So he never expected the one to push his forever button would be a blue-blooded Southern debutante with a voice as dark and velvety as her skin.

When Gemmita Jacobs steps off the plane in Whitehorse, Yukon, it s about more than her caribou research project. It s her declaration of independence from an overprotected upbringing. Except there s something in the air she can t quite define something that unexpectedly rouses her mating instincts.

Moments after their eyes lock, the deed is done and done thoroughly. When the pheromone dust settles, though, all the reasons they don t belong together become painfully clear.

Warning: Two strong wolves getting exactly what they deserve. Includes wilderness nookie, shifters being naughty in public places, the Midnight Sun as a canopy for seduction and grizzly shifters on the loose. Oh, and don t forget the sarcasm.

Thanks for the weekly deals & freebies! 🙂