The Bronze Horseman # 1
by Paullina Simons

The golden skies, the translucent twilight, the white nights, all hold the promise of youth, of love, of eternal renewal. The war has not yet touched this city of fallen grandeur, or the lives of two sisters, Tatiana and Dasha Metanova, who share a single room in a cramped apartment with their brother and parents. Their world is turned upside down when Hitler’s armies attack Russia and begin their unstoppable blitz to Leningrad.

Yet there is light in the darkness. Tatiana meets Alexander, a brave young officer in the Red Army. Strong and self-confident, yet guarding a mysterious and troubled past, he is drawn to Tatiana—and she to him. Starvation, desperation, and fear soon grip their city during the terrible winter of the merciless German siege. Tatiana and Alexander’s impossible love threatens to tear the Metanova family apart and expose the dangerous secret Alexander so carefully protects—a secret as devastating as the war itself—as the lovers are swept up in the brutal tides that will change the world and their lives forever.

Miss Serena Barton intends to hold the petty, selfish duke who had her sacked responsible for his crimes. But the man who handles all the duke’s dirty business has been ordered to get rid of her by fair means or foul. She’ll have to prove more than his match…

The last time Minerva Lane she was the center of attention, it ended badly—so badly that she changed her name to escape her scandalous past. So when a handsome duke comes to town, the last thing she wants is his attention.

But that is precisely what she gets…

A Kiss for Midwinter

Miss Lydia Charingford does her best to forget the dark secret that nearly ruined her life, hiding it beneath her smiles. But someone else knows the truth of those dark days: the sarcastic Doctor Jonas Grantham. She wants nothing to do with him…or the butterflies that take flight in her stomach every time he looks her way…

Miss Jane Fairfield does everything wrong in society–intentionally.

Mr. Oliver Marshall does everything right. So why is it, then, that the one woman he can’t forget is the exact opposite of what he needs?

Sebastian Malheur is the most dangerous sort of rake. Violet Waterfield, the widowed Countess of Cambury, on the other hand, is entirely respectable–and she’d like to stay that way. Their association would be scandalous even if someone suspected lies. But the truth about the secrets they share will bring England to its knees…

A suffragette meets a scoundrel, and as scoundrels do, he lies to her, attempts to blackmail her…and falls in love with her against his better judgment. By the time he realizes that his cynical heart is hers, it’s too late. Once the woman he loves realizes how much he’s lied to her, he’ll lose her forever.

Talk Sweetly to Me

Miss Rose Sweetly is a shy, mathematically-minded shopkeeper’s daughter who dreams of the stars. When Stephen Shaughnessy, infamous advice columnist and known rake, moves next door, she knows she should avoid him. But you know what they say about the best-laid plans of mice and astronomers…

The Bad Boy Is Back

Evan Downey needs a new beginning. Since the death of his wife five years ago, the brilliant tattoo artist has shut himself away in a prison of grief that not even his work can break him out of-and what’s worse, Evan knows his son Lyon is bearing the brunt of his seclusion. Moving back to the lake town of Evergreen Cove where he spent his childhood summers is his last chance for a fresh start.

Charlotte Harris knows she owes it to her best friend’s memory to help Evan and his son find their way again, but she can’t stop her traitorous heart from skipping a beat every time she looks into Evan’s mesmerizing eyes. Charlotte is determined to stay strictly in the Friend Zone-until a mind-blowing night knocks that plan by the wayside. Now, if they’re brave enough to let it, Charlotte and Evan might just find a love capable of healing their broken hearts . . .

FIXED ON YOU
Fixed # 1
by Laurelin Paige

Stalking and restraining orders are a thing of Alayna Wither’s past. With her MBA newly in hand, she has her future figured out — move up at the nightclub she works at and stay away from any guy who might trigger her obsessive love disorder. A perfect plan.

But what Alayna didn’t figure on is Hudson Pierce, the new owner of the nightclub. He’s smart, rich, and gorgeous — the kind of guy Alayna knows to stay away from if she wants to keep her past tendencies in check. Except, Hudson’s fixed his sights on her. He wants her in his bed and makes no secret of it.

Avoiding him isn’t an option after he offers a business proposition she can’t turn down and she’s drawn further into his universe, unable to resist his gravitational pull. When she learns Hudson has a dark history of his own, she realizes too late that she’s fallen for the worst man she could possibly get involved with. Or maybe their less than ideal pasts give them an opportunity to heal each other and finally find the love their lives have been missing. 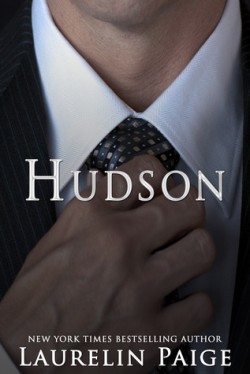 NOTE:  THIS IS A FREE SHORT STORY THAT PRECEDES THE FULL-LENGTH NOVEL SINFUL DESIRE. IT IS AN OPTIONAL FREE READ DESIGNED TO GIVE YOU A TASTE OF THE CHEMISTRY BETWEEN RYAN AND SOPHIE BEFORE THEIR STORY BEGINS. THIS SHORT STORY IS FREE AND IT IS NOT INCLUDED IN THE NOVEL!

Their dirty thoughts are perfect for each other.
Ryan Sloan is intense, dominant and likes to be in control. Sophie Winston is flirty, sexy and longs to be on her knees. Their fantasies are colliding before they even meet…and when they do, the sparks fly.
Because each has met the perfect match…

COMING IN FROM THE COLD
Gravity # 1
by Sarina Bowen

He can’t have her. And he can’t tell anyone why.

Ski racer Dane “Danger” Hollister does not do relationships, though he keeps his reason a secret. The real-life curse he’s inherited from his mother will eventually cost him everything: his place on the Olympic ski team, his endorsement income, and his ability to fly downhill at top speed.

Reluctant country girl Willow Reade meets Dane by accident. Literally. Her skidding truck forces him off the road during a blizzard. Stranded together in his Jeep as night falls, the two loneliest people in Vermont find themselves sharing more than they’d planned. And not just conversation.

Yet neither can guess how their unlikely tryst will threaten Dane’s frightening secret and Willow’s tentative peace with her own choices. Only mutual trust and understanding can end their pain and give them a hard won shot at love.

I think I have most of that Courtney Milan series, I’m starting to get back to historical and that series sounds like a good read.

Thank you for the weekly deals & freebies! 🙂