Welcome to UTC, Kim! Since the end of the Hollows series, you’ve jumped straight into another world with the Peri Reed Chronicles. How would you describe this new series to readers?

Thank you! I’m delighted to be here and have the chance to talk to your readers. How would I describe the Peri Reed Chronicles? Short and sweet, The Drafter is Bourne Identity meets Minority Report. While on task, special agent Peri Reed realizes her partner has put her name at the top of a list of corrupt agents. Abandoning her employer and partner both, she has only her intuition to guide her as she tries to clear her name and bring down the agency that trained her. It’s a sort of espionage . . . thriller sort of a book, with the usual Kim Harrison attention to relationships. There won’t be any vampires or magic here, but the accelerated science sort of fills that gap, and I’m excited to see how my usual readership takes to it.

Describe Peri. What are her strengths? What are some of her weaknesses?

I intentionally gave Peri Reed a lot of gifts to balance the issues she has to confront. She comes from a wealthy but dysfunctional family. Her special ability was discovered early, and therefore she was somewhat sheltered even as she was trained for high-risk situations. She has a clever way of seeing the world, and her determination is not shackled by anything but the barest adherence to the law. But many of the same things that made her life easier have put her in a vulnerable position. Her expectations are high, not only herself but with those around her, and the organization who gave her everything has used the large liability her special ability comes with to manipulate her into a blind trust.

There are a few futuristic and sci-fi elements in this book but I still also see some Urban Fantasy qualities as well. Tell us about how you decided you wanted to write this story and the process of taking this idea and making it into a reality.

I don’t think I’ve ever sat down at the beginning of a book with the intent to write to a genre. I got my start writing more traditional fantasy, but even when there were telepathic dragons and ghosts, there was Punnett squares, DNA-based magic, and synaptic nets. My second series followed a similar pattern of using science to explain a poison-based magic that elevated a normal human mind to extraordinary levels. The Hollows was the first true Urban Fantasy I wrote, and that started way back before the genre had a name. And again, the science crept in there to try to explain the magic. With The Drafter, I simply gave up the trappings of magic and jumped in with the science, extrapolating from what we know, to what might actually be, and then going further to what could possibly happen when a big IF is involved. My formal schooling is in the sciences, and a recent look back at my YA reading showed a strong SF presence. Perhaps I’m just writing what I want to read, and it’s time for a change.

THE DRAFTER is set in Detroit 2030. When creating a futuristic world, what was the very first thing you wanted to establish?

The Drafter takes place in a very near future, which isn’t as easy to write as it looks at first glance. There are no teleports, space missions, or advanced medical care to carry the futuristic feeling. We’re only talking about fifteen years, so everything I wanted to use to make The Drafter futuristic had to be totally recognizable even as was different, hence the glass-technology phones, new ways to shop, and the bigger, better live-player entertainment. Setting the books within a Detroit busy rebuilding itself gave me a lot of places to invent and extrapolate. I spent a lot of my world-building opportunities on the laws and possible alternate uses for drones, and hinted at the breaking bio-technology barriers. Half of what I wanted to put in never made it simply because the story direction didn’t allow for it, and I’m hopeful that I can fit some of my ideas into the next book.

Let’s talk about romance for a second. Your books tend to have a thread of romance in them, but it isn’t always at the forefront in every book…Will Peri find her one true love in this series?

I’ve never thought of myself as writing romance, and there’s nothing I’ve written that can be labeled as such. But you’re a hundred percent right that evolving relationships are integral to all my plotlines. You can rip the romance out and still have a story, but the character motivations will suffer greatly and the book won’t be as solid or enjoyable. I like my happy endings, but most times, it will take several books and a couple of ups and downs to get there. People die. Sometimes it the main love interest. Peri’s story is no exception. Someday I’ll write a series that ends badly, but today is not that day.

I’m already DYING to know what happens in the next book. Can you give us a little teaser? Something to tide us over?

Book two in the Peri Reed Chronicles is safely at the publishers even as I write this, and though I hate to give hints as things are still nebulous and subject to change, I will say that the men in Peri’s life are still with her, both the good and bad. And maybe one who’s both. 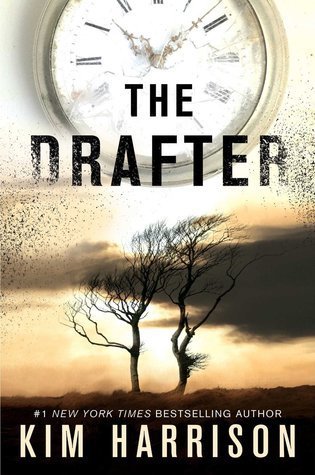 The Drafter
by Kim Harrison

Detroit 2030. Double-crossed by the person she loved and betrayed by the covert government organization that trained her to use her body as a weapon, Peri Reed is a renegade on the run.Don’t forgive and never forget has always been Peri’s creed. But her day job makes it difficult: she is a drafter, possessed of a rare, invaluable skill for altering time, yet destined to forget both the history she changed and the history she rewrote.When Peri discovers her name on a list of corrupt operatives, she realizes that her own life has been manipulated by the agency. She joins forces with a mysterious rogue soldier in a deadly race to piece together the truth about her final task, unable to trust even herself. 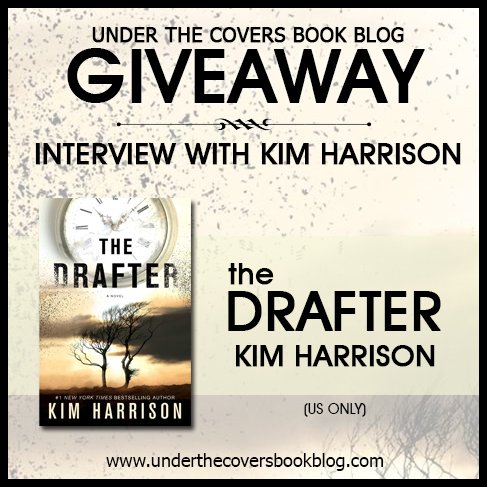 I cant wait to read this one! Thanks for the giveaway!

I love everything she writes!

This sounds great! I love some action, sci-fi and suspense with my romance. I can’t wait to read it.

Can’t wait to read this.

The book set in a city I know. And a heroine out for justice and, may I say vengeance?

Nice interview about the book!

I’m usually only a romance fan but Kim Harrison’s Hollows hooked me. This one is on my wish list ! 🙂

Good interview and introduction to this new series.

Nice interview ladies. I really enjoyed The Drafter and can’t wait for more of Peri.

Congrats to Kim on the new series!!! I’m dying to dive in 🙂 thanks for the fun interview!

Love her work and cant wait to dive into her new series!!

I loved your Hollows series….until he died. And its horrible but i have yet to continue reading it cause i was so crushed. Book friends say I have to keep reading it, but i havent recovered yet. When you write a huge character death like that, are you effected too ?

Keep reading, keep reading!!! I know it’s hard but the books do get so much better. You need to experience the rollercoaster!

Peri sounds like a strong heroine and I’m so intrigued by this new worldbuilding. Thanks for sharing the insider stuff about the books in the interview.