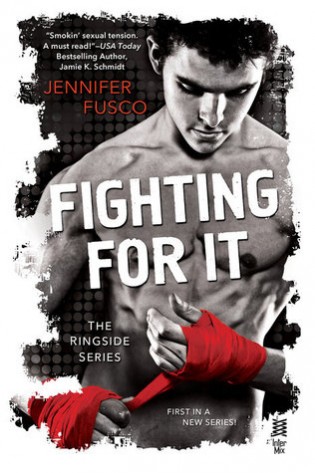 Fighting For It
by Jennifer Fusco

“FIGHTING FOR IT not only brings you into the boxing world of training, fighting and corruption but it’s also a story of second chances and starting over.”
~ Under the Covers

Daniella Chambers lost her father and gained his debt. Now back in Vegas she puts on her big girl panties and takes over the family business which includes the gym, its remaining debt, the boxers and their contracts including Jack Brady’s. Jack is one hell of a heavy weight boxer and also her ex-boyfriend so trying to be professional takes everything in her when all she wants to do is take on the un finished business they still have. But her father’s legacy still remains and Daniella must come up with a plan to save what’s left of it even if that means using Jack Brady to get there.

After suffering a horrible loss in London Jack Brady’s back in Vegas to not only deal with the worst boxing fight of his career but the loss of his manager and mentor. Without him Jack takes to being a hot mess around town. But his little fun and games doesn’t last long because once Daniella Chambers walks back into his life she not only kicks his training into high gear but she opens up things inside of him he thought he closed a long time ago.

Fighting For It not only brings you into the boxing world of training, fighting and corruption but it’s also a story of second chances and starting over. Jack and Daniella show that it doesn’t matter how much time has gone by, everything works out if it’s meant to be. 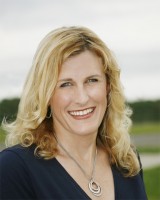 Jennifer Fusco began writing romance in 2010 as a way to expend the excess creative energy which wasn't exhausted by her day job.

She received her B.A in English from North Carolina State University, and today, lives in southwest Florida with her husband and son.

Thank you for taking the time to read FIGHTING FOR IT. I truly appreciate you trying out a brand new author.
Best always, Jennifer

Thanks Jessica for the review