ONE WEEK
Standalone
by Zoey Derrick

ONE WEEK is all it will take…
A week in Las Vegas and she will feel better about herself. At least that is what Dacotah Miller is hoping will be the case.Left at the alter, heart broken and ashamed, Dacotah takes the opportunity offered by her girlfriends – the chance to get away. The opportunity to escape her mundane life in the middle of nowhere Wisconsin.But what Dacotah doesn’t know is that lurking in Las Vegas is the chance of a lifetime, a dream come true, in the form of Derek Hunter.

Derek, in town on business, can’t seem to focus on his purpose once Dacotah walks into his field of vision. She beautiful and just what he needs to cure his desire for a good woman in his bed. Only she presents a challenge to him unlike anything he’s ever experienced before.

Dacotah will be wrapped up in a whirlwind of unexpected events that will force her to make a decision, life changing choice. Does she get on the plane back to boring Wisconsin and wonder what might have been? Or will she step on board a private jet that promises to take her on a journey she will never forget?

AND FROM SOME OF OUR FAVORITE AUTHORS….
SOME BOOKS WE HAVEN’T READ YET! 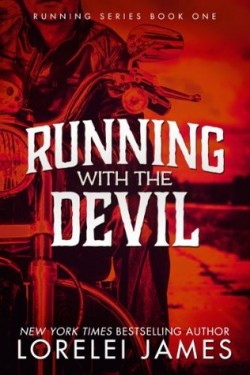 RUNNING WITH THE DEVIL
Running # 1
by Lorelei James

The mysterious Kenna Jones was the last person to have contact with a murdered federal informant, and DEA Agent Drake March goes undercover in South Dakota during the Sturgis Motorcycle Rally to unearth the link between the two. But from the moment Drake encounters the hot-bodied, hot-tempered quick change artist—he doesn’t trust her—or his instant attraction to her.
Posing as arm candy for bikers during the Rally is a humiliating—albeit quick—way to earn tuition for a cash-strapped grad student. After Kenna learns her regular biker patron is dead, she refuses to help the too tempting, too-sexy-for-his-badge Agent Drake March in his investigation…until he threatens to have her arrested.
When bullets start to fly and Kenna is the target, Drake’s protective instincts kick in. He quickly realizes the sweet woman is innocent—and in far over her head.
Fear and desire makes for an explosive combination in the hedonistic atmosphere among warring motorcycle clubs and shady drug dealers, leading Drake and Kenna into acting on their mutual lust. But is riding the edge of danger what makes their intimate moments feel like more? Or is their immediate connection the start of something real?
With their lives at stake, they have to trust each other before it’s too late…or will the devil come calling and finally get his due?

*this book was previously published in 2007

When country boys meet a city girl, everyone is in for a wild ride…Slade Bower and Mustang Jackson are living the high life on the professional bull-riding circuit. The prize money is big, the bulls are rank and the women are willing. But something is missing. For Slade, waking up in a different city with a different woman each morning is holding less and less appeal. Even Mustang’s creative attempts to shake things up don’t help. Then along comes a big-city author who’s like nothing they’ve ever encountered. Something about her makes Slade sit up and take notice–and Mustang is always up for anything.

Romance writer Jenna Block has a problem–her agent thinks a cowboy book will jump-start her career. A born New Yorker, Jenna doesn’t do cowboys, not on paper, and definitely not in real life. Luckily for her there are two cowboys ready, willing and able to take her out of her comfort zone in every way that counts…and some ways she hadn’t counted on.
Warning: This story contains two hot cowboys, one very lucky woman, hot ménage sex and lots of bull.

They were inseparable, their love was fierce, their loyalty unwavering… or so they thought…

Torn Hearts follows Mia and Jensen’s story in the beginning. Like many of our own stories, theirs is not complete. Once I am finished posting this prequel, I will give you the title of Mia and Jensen’s full length, standalone story, along with a release date for it.

BEEN WANTING TO START THIS SERIES!! 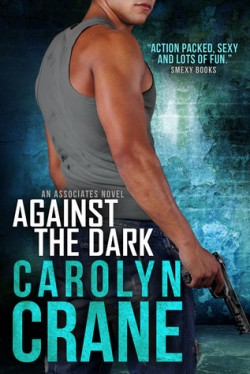 AGAINST THE DARK
The Associates # 1
by Carolyn Crane

SHE’S AN EX-SAFECRACKER FORCED INTO ONE LAST HEIST

Angel Ramirez left the safecracking game five years ago, and she’s worked hard to make amends and build an honest life. But when a beloved aunt is kidnapped, she must reunite with her girl gang to acquire the unique ransom: Walter Borgola’s prized diamonds. It’s a simple job that turns into a nightmare, thanks to a surprisingly clever—and searingly sexy—security guard named Cole Hawkins.

Cole is one of the Association’s most brilliant agents, under deep cover investigating a ruthless killer. He’s also running out of time: hundreds will die if he doesn’t stop the plan Borgola’s set into motion. Catching Angel is the break he needed–he promises not to turn her in if she poses as his lover and uses her unique talents to unlock the sociopath’s dungeon vaults.

But as pretend passions turn real, Cole regrets drawing Angel into his deadly game…and danger is closer than either of them could ever imagine. 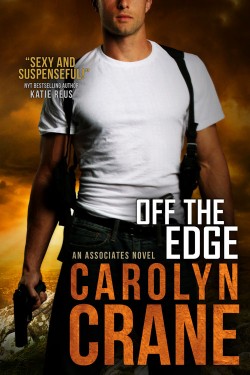 When small town girl Melinda Prescott is taken hostage by three hot bank robbers, she quickly discovers that a life of bank heists, luxury hotels, and kinky menages is way more exciting than working on the family farm. She should be scared of her dominating, fierce captors…but there’s something wicked inside her that’s craving to obey their every dark desire.

Melinda eagerly throws in with her three smoldering fugitives…and soon realizes that these are no ordinary bank robbers—and that bad guys aren’t always who they seem. But will her delicious captors overcome their own demons enough to let her in? And can these underdogs fight an evil conspiracy that’s larger than all of them?

Warning: This book contains a sexy bank-robbers-and-their-captive sandwich, light bondage, spanking, teasing hints of domination, and a little play-time in a hot tub. Oh, and some all-too-delicious alpha heroes who bend the heroine to their will.

Wow! What great offerings! Thanks for the deals!