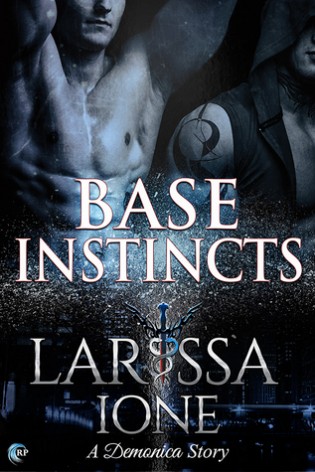 Base Instincts
by Larissa Ione

As a Seminus demon, Raze’s life literally depends on having sex with females. The problem is that he doesn’t desire females, and it’s physically impossible for him to be with males. Thankfully, he and his best friend, Fayle, have an arrangement that keeps him alive . . . if lonely. He finds some solace in his work as a medic at Thirst, a vampire club known for its rough clientele. But his carefully structured world turns upside down when he meets a mysterious male who makes him want what he can never have.

Slake is an assassin used to getting what he wants, and what he wants is Raze. But he also wants to earn back the soul he sold when he was a much different demon. All he has to do is capture a runaway succubus named Fayle and hand her over to her family. What he doesn’t count on is being caught himself by a web of lies—and his attraction to Raze.

Raze and Slake must navigate a dangerous world to be together. But as Fayle’s jealousy of their relationship turns deadly, they find themselves embroiled in a battle not only for their love, but their lives and souls.

First in a new series—welcome to the Sinner’s Creed Motorcycle Club, where hard bodies and hot leather are made for each other, and love gone wrong is the most irresistible of all...

“I was the demon-possessed monster and she was the innocent, naïve angel. But none of that matters. She asks, I give and right now, I'll kill anyone who tries to stop me from giving this woman what she wants—me.”

Dirk lives in the shadows—performing hits, maintaining order, and upholding the no-holds-barred legacy of the Sinner’s Creed Motorcycle Club. A nomad with a restless spirit and a cold heart, the open road is his world. One of the few constants in his life: his desire for the one woman who has consumed his thoughts for years.

Saylor Samson grew up far from the harshness of Dirk’s world. But ever since she was seventeen she’s been drawn to this dark and mysterious man who always seemed to show up just when she needed him.

After years of fated encounters, he’s back. This time he’s taking her. This time she’s ready for the ride. But just when the darkness in Dirk’s life begins to fade, Saylor reveals a secret that puts them both to the ultimate test. Now, Dirk has to make a decision: submit to his destiny with the MC, or choose his own. 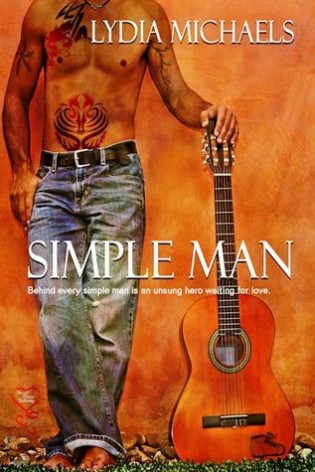 Months after Shane Martin’s sister vanishes, life crashes down and he finds himself the guardian of a nephew he never knew existed. Blissfully ignorant, Shane trades in his musician status, full of late nights and fast women, for midnight feedings and lullabies. But when Kate McAlister, his prissy, stuck up caseworker, arrives unexpectedly, he realizes he could lose everything.

Kate isn’t impressed by Shane’s messy bachelor pad, rocker image, or sexy tattoos. As a matter of fact she finds it all very sophomoric. The sooner she’s off the case the better. Everything from his long hair to his sarcastic attitude threatens her professionalism. But when he lowers his guard and asks for help, she discovers a side to this tattooed musician she can’t resist. Behind this simple man is an unsung hero.

AND NEXT WEEK IS ROLL BACK WEEK! 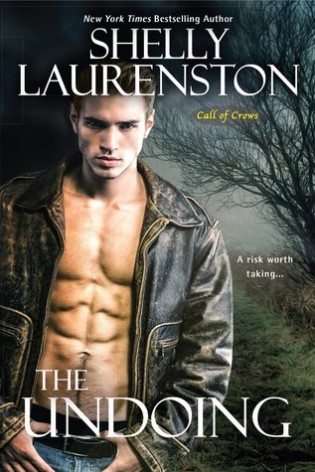 The Undoing
by Shelly Laurenston

A risk worth taking…

No one would ever accuse Jace Berisha of having an easy life—considering her husband…you know…killed her. But that was then! Now she fights for mighty Viking gods with the spectacular and vicious Crows.

But things are turning very bad, very quickly because a vengeful, ancient goddess has come into the world with just one thing on her mind—ending it. And the only way they can hope to stop her is if the Crows join forces with their one-time enemies, the Protectors. A Viking Clan created to do nothing but kill every Crow they see.

Thankfully, Protector Ski Eriksen is a peace loving kind of guy. Because the woman he is desperately trying to get close to is the beautiful and not-very-chatty Jace. Battling Nordic clans? Unkillable goddesses? Jace’s mean-spirited dog? None of these things would ever get in the way of a true Viking!

For two people ambivalent about dating and love, they sure get naked around each other an awful lot . . .

London Hughes is very content to surf daily, tend bar, hang out with her group of friends, and slowly orient herself in the years after college. Everything’s going great and according to the non-plan.

But when a wave knocks her for a loop one morning, then Luke Sutter’s flirtatious smile knocks her for another that evening, she veers slightly off course…and into his path. Sure, he’s a total player, but the Why not—it’s only one night is a persistent voice in her ear.

For his part, Luke’s been on hookup autopilot for so long that he rarely ever pauses to consider what he’s doing. But after an amazing time with London, he realizes that he hasn’t been moving on from a devastating heartbreak so much as he’s been drifting to wherever—and whomever—the current takes him. With London he wants more.

Every relationship involves two people…plus their pasts. And as much as she enjoys her fling with Luke, when London learns about his past—more specifically, who’s in it—everything becomes the brand of complicated she strives to avoid. It’s up to Luke then to change some things in order to try and ensure he’s not something she’ll outright avoid as well.

Stories 14 and 15 in the New Species series. It is advisable to read the books in order, to get the most enjoyment from the series.

Dana is visiting Homeland when she meets a New Species who tugs at her heartstrings. As a widow, she knows firsthand the pain he’s suffering after losing his mate.

Mourn isn’t so certain that talking to a human female will help him heal but he desires her. It’s possible she could become his new reason for living.

Candi lost the male she loved, but never forgot him. New Species are her only hope to seek revenge for 927’s death.

A human female claiming to have been reared at Mercile has demanded entry to Homeland. Hero rushes to Medical and comes face-to-face with his past. One look at Candi and the life he’s built since gaining freedom comes crashing down around him. 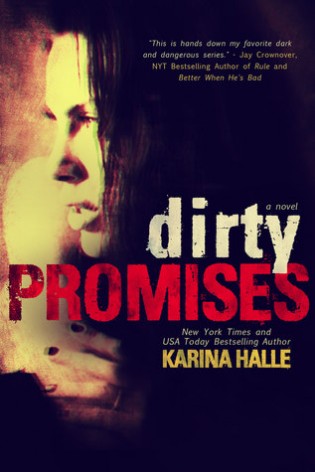 Blood. Sex. Revenge.
It ain't easy being king.
Drug lord Javier Bernal has sliced and diced his way to the top of the Mexican drug trade, presiding over the country's largest cartel. But his rise to power comes at a brutal price: the death of his sister, Alana. Devastated and wracked with guilt, he turns away from his new wife, Luisa, forcing their marriage into a steady decline. But it isn't until she's pushed into the waiting arms of Esteban Mendoza, his right-hand man, that Javier realizes everything he's lost.
And it isn't until he learns the truth about Alana, that he realizes everything there is to gain.
Blood will spill.
Cities will burn.
Heads will roll.
Because Javier will stop at nothing until he gets what he wants.
And what he wants is raw, ruthless revenge.
The most dangerous man is the one with nothing left to lose. 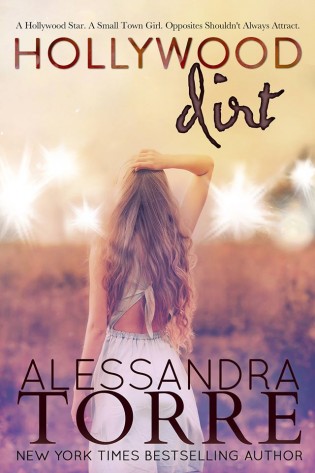 Cole Masten. Married to Nadia Smith. One half of Hollywood’s golden couple. The press adored them, fans worshiped them, the box office was owned by them. Together, they could do no wrong.

I’m Summer Jenkins, a small town girl stuck in Quincy, Georgia. I cook some mean chicken and dumplins, can bluff a grown man out of his savings in poker, and was voted Most Friendly my senior year. Other than that… I don’t have too much going on.

We were from different worlds. Our lives shouldn’t have collided. But when Cole Masten’s jet landed in our country airport, we all sat up in our rocking chairs and watched. And when an opportunity crossed my path, I jumped at the chance.

But I didn’t expect what ended up happening. I didn’t expect Cole Masten to be an ass, or to pursue me, or for everything to get tangled up around set riggings, camera cords, bra straps and heartstrings.

I didn’t expect for my sleepy town to come under a national microscope. I don’t think any of us did. 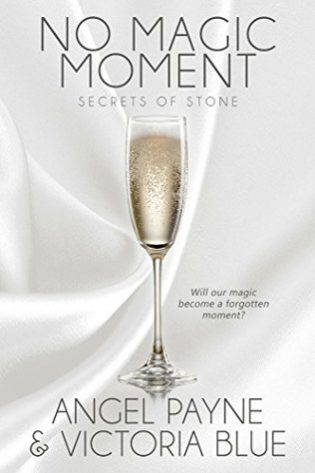 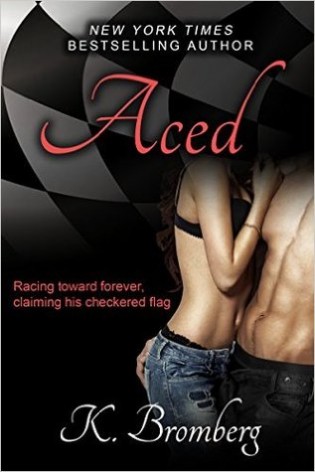 One moment. Six years ago.

The night she made the world around me so much more than just a blur. Now it's the catalyst that threatens to tear us apart.

Our happily was supposed to be ever after. So why do I feel like it's slipping through my fingers?

How can one moment, when our world seemed so right, resurface and cause our perfect life to spiral out of control?

I can't lose her.

Thank God for audiobooks, huh?  I did so much better reading this week, even though I’m still ridiculously behind my challenge.  10 books to be exact.

So many great sounding books!

Be civil, use common sense, and there should be no problems.
Article Source: Wayne works in the marketing department of online bingo site Bingo – House
in Costa Rica. Reputable sites having online slot machines provide a secure line.

We merely should incorporate you iOS and Android Gamecenter identity, since
after Lords Cellular Cheats completed, you’re going to get your sources volumes that are chosen, via
your Gamecenter identity to immediately in these instances
Jewels. This Lords Mobile Mods Apk Hack developed for thatnot have
money to obtain Treasures on recreation.

Southampton Solent University offers A range of scholarships and bursaries offering financial
guidance or postpone expenses for accommodation or tuition. Each
bursary has unique eligibility conditions.
Have a look at our bursaries to discover more.