Once a member of the Sinclair men’s club as their honorary female member, Alyssa Hampstead broke one of the most important rules of the club and gracefully accepted Ian Sinclair’s request to leave.

Now, caught between two men she’s terrified of, and a father determined to destroy her, she turns to the only safety she’s ever known, that of the men’s club she forced herself to walk away from.

Exclusive Excerpt from THE HOTTER YOU BURN by Gena Showalter

Missed the Nominees?  Check them out again:

The Aftermath by R.J. Prescott

Cormac “the Hurricane” O’Connell’s star is on the rise. Billed as the most promising young boxer of his generation, his new career is taking him to places he never dreamed. But O’Connell only needs one thing in life: his wife. In her final year of college, Em cannot follow him around the world but together they make it work.

Just when everything they ever wanted is on the horizon, the past resurfaces to haunt them and O’Connell realizes that justice might not be a part of his happy ever after.

He couldn’t protect Em once before, but in the aftermath of the hurricane, he will make sure that never happens again.

The land of Terre d’Ange is a place of unsurpassed beauty and grace. It’s inhabited by the race that rose from the seed of angels, and they live by one simple rule: Love as thou wilt.

Phèdre nó Delaunay was sold into indentured servitude as a child. Her bond was purchased by a nobleman who recognized that she was pricked by Kushiel’s dart, chosen to forever experience pain and pleasure as one. Phèdre’s path has been strange and dangerous. She has lain with princes and pirate kings, battled a wicked temptress, and saved two nations. Through it all, the devoted swordsman Joscelin has been at her side, following the central precept of the angel Cassiel: Protect and serve.

But Phèdre’s plans will put his pledge to the test, for she has never forgotten her childhood friend Hyacinthe. She has spent ten long years searching for the key to free him from his eternal indenture to the Master of Straights, a bargain with the gods to save Phèdre and a nation. The search will take Phèdre and Joscelin across the world and down a fabled river to a forgotten land. . . and to a power so intense and mysterious, none dare speak its name.

The Beast by J.R. Ward

Rhage and Mary return in the new novel of the Black Dagger Brotherhood, a series “so popular, I don’t think there’s a reader today who hasn’t at least heard of [it]” (USA Today).

I’ve been away at conferences for the past few weeks so reading has been slow.  Here’s what I read last week. 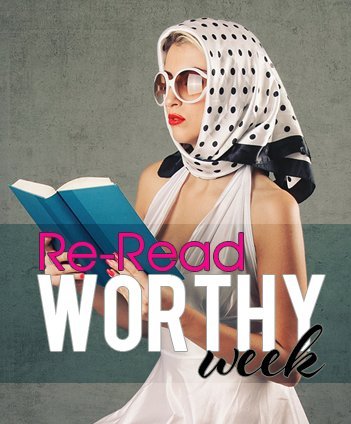