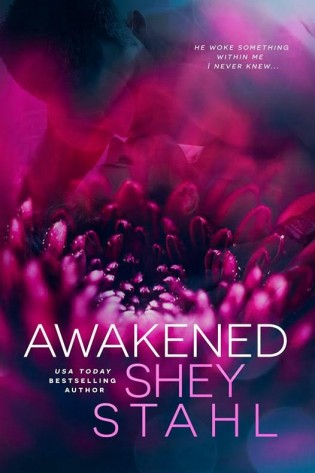 “Perhaps the author was trying to show a realistic side to playing with fire and this is definitely a tale of warning.”
~ Under the Covers

Being a guest reviewer has its perks; one being that I am often introduced to authors that I might not have read otherwise. Awakened is my first Shey Stahl novel. As the blurb suggests, Logan Gentry is a cupcake bakery owner and entrepreneur who’s never really struck gold in the dating world. When she plans on renovations to her shop, the construction company owner, Josh Daniel, makes quite the impression on her. He’s flirty and forward and very, very sexy. They embark on a whirlwind romance, and within a month, she’s moving into his beautiful lake house. Logan soon learns that Josh has particular sexual interests that she has no experience with. At first she’s shocked. Soon, however, curiosity and intrigue win over and she falls down the rabbit hole into a world she could only have imagined. Whether she can come to terms with what this means for her relationship with Josh long term remains to be seen. Complicating the relationship is the entry of Brevin, Josh’s construction employee. Logan and Brevin have instant chemistry, and she’s drawn to him more than she’s comfortable with. How can she have these feelings when Josh seems so right? Or wrong…

Awakened grabbed me from the beginning. Logan is no blushing innocent, but she’s not thoroughly experienced either. She is driven to succeed and I didn’t get the impression she was desperate for a relationship. Josh is that attractive combo of rugged, but intelligent. He gave off that seasoned, professional impression when it came to flirting, but I really felt that he saw in Logan something different, something he could hold on to. As I mentioned in the blurb, Josh has a particular kink. I kind of guessed it from the set ups prior to its reveal, but it’s not a played-out scenario. Anyone who assumes there must be a red room will be disappointed. His kink is still taboo in a relationship without pre-established boundaries and discussion, however. You’ll have to find it out for yourself. The sex scenes that ensue are extremely hot with more than a touch of dirty and forbidden. A few took my breath away. I don’t think that every reader, however, will be comfortable with how the book progresses. If you find books with cheating as a theme to be a deal-breaker, don’t come here. The characters are confused, to say the least. We all have different tolerance levels for asshole-ish behavior and Josh waiting so late to reveal his kink (which happened to be a deal breaker for him if she didn’t agree), was intolerable for me. It was also more than a little coercive. You will see from my reading list that I very much enjoy dubious consent themes, but I find them a bit disturbing in books where I expect a romance and HEA in the traditional sense. Perhaps I went in with the wrong expectations. Fairly deep into the book, we still don’t know where the main couple’s relationship is headed, who Logan will end up with. How that all comes about, the inciting event to blow everything out of the water, is a shocker. I never expected the author to go there, and it even seemed out of character for me. That the responsible characters weren’t punished in any meaningful sense was even more disturbing. Perhaps the author was trying to show a realistic side to playing with fire and this is definitely a tale of warning. In that, it succeeds. I do wish it hadn’t ended so abruptly and that we got more of a sense of why the HEA works for the two characters. Awakened is definitely one of the more unique erotic romances I’ve read. It certainly isn’t boring or cliché. If you’re up for one that keeps you guessing and has some smoking hot, taboo sex, this one may be for you. 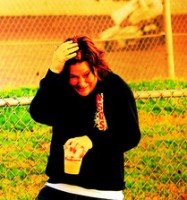 Shey Stahl is the author of the Racing on the Edge series. A USA Today Best Selling author, she's a native of the shady Northwest where she makes her home with her family.

She's an avid World of Outlaws fan and on the weekends she can be found anywhere there's a dirt track.

Thank you jennifer….cheating is a deal breaker for me

[…] realistic side to playing with fire and this is definitely a tale of warning.” ~ Under the Covers Read full review | Purchase on […]