This scene is early on in the book. In a nutshell, Violet and Cain have been friends since birth. One day Cain just up and leaves town and Violet’s been very worried. Last night, he finally returns after almost three months and Violet lets him have it (in her not-so-tough and way- too- sweet, kind of way). This is the day after their argument. Cain’s already began to train for an upcoming MMA bout and gets hurt. Being that she’s a nurse, he comes to her for help…

Violet was almost finished with inventory in the back of the clinic when she heard the bell chime from the front. She climbed off the stepladder and went out front.

She shook her head when she saw Cain by the empty receptionist’s desk holding a bloody towel by his lips. “I was just thinking it was too quiet across the street. Come on.” She gestured toward the door that led to the two examining rooms.

“You alone?” Cain’s voice was muffled though the towel.

“Yes, but don’t worry. I handle all the most basic stupidectomies these days.”

Cain’s brow furrowed, and Violet laughed. “It’s what Chrissy calls all the little injuries from the gym. She’s not a big fan of the fighting.”

“I never doubted you could handle it, by the way.”

“I like to let the patients know. Make sure they’re comfortable with a nurse rather than the doctor.” She patted the examining table. “Sit.”

He sat, and she took the towel away and began patting the area around his lips with gauze, which caused him to wince. “Don’t be a baby. It’s just some alcohol so I can see what’s going on.” She continued to work, concentrating on his injury and not his blue eyes, or his warm breath inches from her lips, or his musky smell, or the way his tongue darted out a few times. “You’re already training? Isn’t it too soon? You can rest for a few days, you know.”

“Why does everyone keep saying the same thing?”

“Because you just came from doing your super-secret spy thing, which I know you’re downplaying. You should get some R&R before you go full-out Rambo.”

He laughed and then cringed. “Ow!”

“You always have, Cain. But sometimes we need rest. You’re not indestructible.”

“It’s an ugly gash, but you don’t need stitches.” She reached for some antiseptic ointment and applied it. “All done. Try not to get hurt anymore today, please. I’m leaving soon.”

They looked at each another for an awkward moment.

“Yeah.” He let out a breath and patted the examining table, and she hopped up next to him. “You were right about everything. I’m sorry.”

“Can we start again?”

She was supposed to be making him sweat it out. Instead she looked at his sad blue eyes, which made him look so lost, and she just wanted to pull him into her arms and fight off anyone or anything that would make this giant of a man miserable.

A smile lit her face. 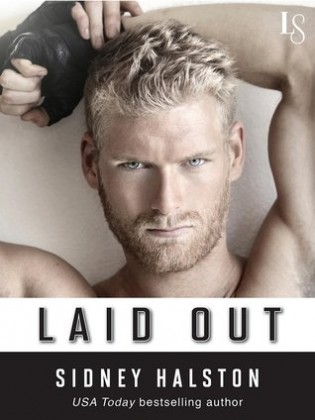 Laid Out
by Sidney Halston

Perfect for fans of Monica Murphy and Cecy Robson, Sidney Halston’s scorching new MMA romance proves there are no holds barred when it comes to seduction.

Growing up an Army brat, Violet Channing could never meet her dad’s high expectations. But in the eyes of her best friend, she could do no wrong. He even insisted that he should be her first kiss. Now Cain Sorensen is all grown up, hardened by years in special ops and always looking for a good fight. Tall, with striking blue eyes and impossibly blond hair, he’s a modern-day Viking warrior. Of course, Violet’s all grown up, too, and she’s ready to surrender to his every command.

Cain knows he’s bad for Violet. His work is dangerous, and his hobbies are downright deadly. As a private mercenary and a mixed martial arts fighter, he could never let such an innocent soul into his world. And yet his most grueling combat training is no match for Violet’s killer curves, hot touch, and suggestive glances. Now all of Cain’s most explosive fantasies are coming true—but once they cross the line between friends and lovers, there’s no turning back. 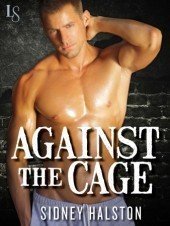 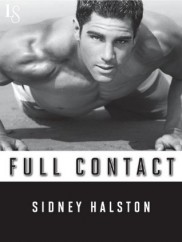 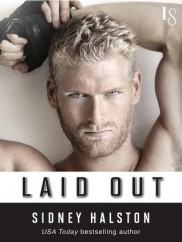 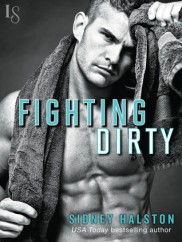 USA Today bestselling author, Sidney Halston lives her life by one simple rule: “The secret of getting ahead is getting started” (Mark Twain). Or even simpler: “Just do it” (Nike). And that’s exactly what she did. At the age of thirty, having never written anything other than a legal brief, she picked up a pen for the first time to pursue her dream of becoming an author. That first stroke sealed the deal, and she fell in love with writing. Halston lives in South Florida with her husband and children.

I love this series and Laid Out is my favorite so far.