Not only can the man rock a pair of aviators, his voice is, hands down, one of the sexiest I have ever heard. And his song, Like a Wrecking Ball, is like a double scoop of sexy man with a side of oh my…. All I could see when I heard it was the moment Jace decides to go for it—put it all on the line. He’s done giving her space and waiting for the perfect time, so he get after it and busts down that front door—and Charlotte’s emotional walls—vowing to love her until the foundation shook. Here are the lines that got me:

Don’t give a damn what these keys are for

I’m gonna knock down that front door and

I’m gonna find out what that house is made of

Been too many nights since it’s felt us make love

I wanna rock some sheet rock

Knock some pictures off the wall 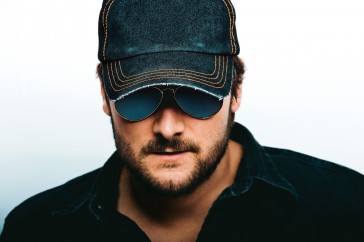 He could rock my foundation anytime!

Under that ball cap is a wild-one persona who lives life hard, but the eyes of a lover. Good lord, that body doesn’t hurt. 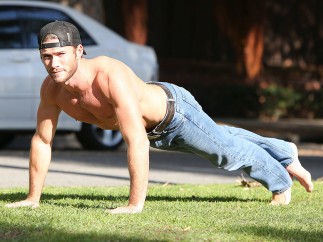 Channing Tatum’s back side.

Jace has this way of making a smile come off as a proposition—an invitation to have a little fun. And a charm that is as sexy as it is frustrating for Charlotte. 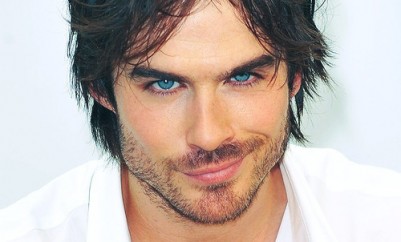 I have no idea who he is, but when I saw this photo, Jace immediately crystalized in my mind. Because, “Lord have mercy, at six-foot-four, Jace was all rippling muscle and testosterone. And tattoos, lots of tattoos. Only two were visible, but she knew what lay beneath those low-slung button-flies and fitted Army Strong tee…” 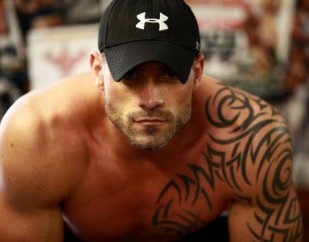 A Taste of Sugar
by Marina Adair

A blast from her past...

Charlotte Holden, Sugar's favorite pediatrician, knows better than anyone that love only leads to heartbreak. Instead, she's focused on creating the Grow Clinic, an outpatient center for children. All she has to do now is to host the best Founder's Day Parade in the history of Sugar, Georgia, to win over a big-city donor. Easy as peach pie. Then sexy Jace McGraw blows back into town and utters those three words every woman dreads: we're still married.

Jace McGraw was making an offer on his dream business in Atlanta when he was told that his wife had some credit issues. Wait, his wife? The annulment went through years ago—or so he thought. He'd walked away only to keep his troublemaker reputation from ruining her dreams. But now that they have a second chance, Jace offers Charlotte a deal: he'll grant a discreet divorce in exchange for 30 days and nights of marriage. Because this time he isn't going to let her go without a fight.

“You can’t work here,” she said, angry that he hadn’t called to warn her he was coming home. He at least owed her that.

“Can and do.” He grabbed a rag off the hood of the car and wiped off his hand, then stuck it out. “Jace McGraw, Sugar’s newest resident mechanic.”

She swatted his hand away. “Since when?” Because Jace didn’t do home visits. And he didn’t stick around one place long enough to be a resident of anywhere.

“Since today.” He cupped the bill of his hat and pulled it lower on his head. “Let me guess, you’re here as the official Sugar welcoming committee. Where’s my pie?”

“Pie? Something in a covered dish? You know, all those neighborly things people are supposed to do when someone comes to town.” He looked at her empty hands and then without a word his eyes dropped to her skirt and there went the other dimple—and her good parts. “Unless there’s something I can do for you, Charlie?”

The way he said her name in that low, husky timbre, almost whispering it while flattening the vowels, reminded her of a different time, a time when she naively thought he’d meant it. But she wasn’t that wide-eyed woman anymore. She knew what he was offering, and what he wasn’t capable of giving.

After all, once upon a time she’d been married to him. Yup, Charlotte Holden had fallen in love with and married the town’s biggest bad boy. Not that anybody except the two of them knew, since it had ended as fast as it had begun. But those few weeks as Mrs. Jace McGraw had been the most amazing of her life—and what had followed had nearly broken her.

“Yes,” she said. “You need to leave.” Because wasn’t that what he did best?

The briefest frown flashed across his face, and he grabbed some kind of wrench doohickey and busied himself with tinkering under the hood. “Wish I could, but it seems like my services are needed in Sugar for a bit.”

Charlotte didn’t know what hurt more, that he wanted to leave as much as she wanted him gone—which was ridiculous since him being here, during the most important time in her career, was a disaster waiting to happen—or that, after all the time she’d spent praying he’d come back to Sugar, he finally had. Only it wasn’t for her.

“That doesn’t work for me,” she said.

“Well, this isn’t about you. Now is it?” He wasn’t even looking at her but tightening some bolt inside the engine.

Which was a good thing since she was pretty sure her eyes went glassy at his comment, because at one time he’d made her believe that everything he did was for her. Including walking away from their marriage.

“I need to go. So if you could just point me in the direction of my keys.”

“See here?” Jace walked over to her car and squatted down. She did her best not to notice the way his jeans cupped his backside—tried and failed. He filled out a pair of Levi’s like nobody’s business. “Teeth marks. Looks like you got yourself a raccoon or possum problem.”

Seems she had lots of pest problems these days. “So can you just throw some new tires on it and I can be gone?”

“You don’t need new tires, what you need are new valve stems.” And wasn’t that just like a man, telling her what she needed. “Which for your sporty, two-door tiara on wheels is a special order. Imagine that.”

“So what you’re telling me is that I’m stuck here? With you. And my car won’t be ready until—”

“Best-case scenario, end of the week.”

She let out a completely undignified huff and resisted the urge to stomp her feet. She’d begged the universe for a way out of dinner, and apparently whoever was in charge of granting wishes had chosen today to listen.

She looked at her phone, considered calling Ben, and then realized she could only handle one man from her past at a time. Plus, he was on a date with the new nurse from radiology, which meant Charlotte was stranded. Something that must have shown on her face because Jace set the tool down and stepped closer—so close he was all up in her personal space, which did crazy things to her emotional space.

“I can take you home.” He looked at her buttons and back into her eyes. “Or I can take you across the street to the Saddle Rack and buy you a drink.”

Then he did something he hadn’t done in over four years, he cupped his palms around her hips and drew her to him, and damn it if she didn’t shuffle closer.

“Why would I let you buy me a drink?” she asked quietly, although her brain kicked off a hundred and one reasons on its own. The first being that was how their relationship had started.

Charlotte had been a stressed-out resident in Atlanta, lonely and so homesick it hurt, when she’d walked into a bar and seen Jace. He flashed her that bad-boy smile, bought her a drink, then another, and before she knew it he had sweet-talked her into his bed, then down to the Justice of the Peace.

“Because I think you could use a shot of something strong right now,” he said. “And we need to talk.”

“You lost the right to tell me what I need a long time ago. As for that talk you want, you’re about four years too late.”

“Not according to the great state of Georgia,” he said, and her stomach dropped. “Since legally we’re still married.”

Marina Adair is a National bestselling author of romance novels. Along with the St. Helena Vineyard series, she is also the author of Tucker's Crossing, part of the Sweet Plains series. She currently lives in a hundred-year-old log cabin, nestled in the majestic redwoods of the Santa Cruz Mountains, with her husband and daughter.

As a writer, Marina is devoted to giving her readers contemporary romance where the towns are small, the personalities large, and the romance explosive.

Quite possibly the best top 5 I’ve ever seen…