Hearts of Blue by L.H. Cosway

She upholds the law. He breaks it.

Two blue hearts, both alike in bravery
In not-so-fair London, where we lay our scene
From gun crime to petty theft
Where family is blood and survival makes hands unclean
In this place, we find two hearts who should be foes
And yet, amidst the turmoil their love still grows
Misadventure abounds and the divide will bring them strife
But with luck, death doesn’t always mean an end to life.

Hearts of Blue is a standalone contemporary romance that tells the story of star-crossed lovers Karla Sheehan and Lee Cross, a police constable and the thief who steals her heart.

Following in the tradition of Kristen Ashley, Joanna Wilde, and Jay Crownover, this first novel in a sexy, dark New Adult series tells the thrilling story of a young woman who finds herself drawn to a Southern motorcycle club’s inner circle—and a dangerously hot biker.

Aubrey Evans needs to get her life back on track after her father is indicted for embezzlement. She’ll save college tuition money, hightail it out of small-town Tennessee, and steer clear of hard-muscled boys on motorcycles. Yet there’s no ignoring someone like Zion. A knight in black leather, Zion looks like every bad idea she’s been told to avoid, but she can’t resist him. Whenever she’s in trouble, he’s there. Appealing as his rough exterior may be, it’s the protective, principled man beneath that tempts her like crazy.

Zion knows Aubrey doesn’t intend to stick around. She claims to want only friendship, but he senses there’s a naughty girl hiding on the inside—one whose intense desires match his own. For now, he’ll be patient and play by her rules. Though he knows it’s just a matter of time before he weakens her resolve.

As they join forces to figure out who’s behind a local crime spree, it’s clear that the danger goes deeper than Aubrey guessed. And when she needs someone tall, dark, and undaunted to keep her safe, Zion intends to be there—now and always.

When it comes to love, anything can happen on Dare Island—especially in this latest novel from New York Times bestselling author Virginia Kantra.

After escaping a disastrous marriage, bakery owner Jane Clark has convinced herself that she has everything she needs—her precious son, a thriving business, and a roof over her head. But the arrival of a handsome stranger on the island shows her exactly what she’s been missing…

The only home Gabe Murphy ever had was the Marine Corps. He’s working hard to rebuild his life. It will take a special place, and a special woman, to make him want to stay.

Now Gabe is determined to prove that he’s worthy of Jane’s trust—and her love. But when her past reappears, that trust will be tested, and Jane and Gabe will have to fight hard to hold onto their love and make their dreams a reality…

Adam James is a corn-fed, Nebraska raised, piece of man meat with a chiseled body and baby face. He is in desperate need of a paycheck and will do just about anything to get one, including stripping down to his skivvies and lathering up in baby oil.

Solo Cohan is a quirky hipster with a strong work ethic,raised by two gay dads who are head over heels in love with Harrison Ford and Star Wars, hence the name, Solo. She works for Teeg Model Management, the same modeling agency that decides to book Adam as their next up and coming model. Sparks ignite between her and Adam the minute her baby oil soaked hand connects with his practically naked body.

Even though Solo can’t stop thinking about Adam during photo shoots, she quickly and awkwardly, shows Adam her distaste for male models and her inability to engage romantically with them. Adam is captivated by her nerdy talk and peculiar tendencies and sets out to make it his mission to turn the Star Wars loving hipster to the dark side, where mingling with models is widely arousing.

Random Thoughts: To Read or Not To Read: Rape Fantasy

Top Ten: What to Read After Fifty Shades

The battle rages on.

Ali Bell and Cole Holland’s crew of zombie slayers thought they’d won the war against Anima Industries, the evil company responsible for capturing and experimenting on zombies in an effort to discover the secret to immortality. In the last epic clash, the slayers lost many of their crew and closest friends. But Frosty, the ice man himself, has not recovered from one casualty in particular—the love of his life, Kat Parker.

On the path to self-annihilation, Frosty receives a message from beyond—Kat’s spirit returns, insisting he partner with rogue slayer Camilla Marks. Frosty will do anything for Kat. Except that. Camilla is the one who betrayed them all, leading to Kat’s death.

But when Anima rises from the grave to become a force the slayers may not have the strength to overcome, Frosty, Camilla and all the slayers will have to work together to survive. And one broken slayer will learn that sometimes, the line between hate and attraction is blurred…and the road to redemption isn’t through revenge, but in letting go of the past and grabbing hold of the future.

Him by Sarina Bowen and Elle Kennedy

They don’t play for the same team. Or do they?

Jamie Canning has never been able to figure out how he lost his closest friend. Four years ago, his tattooed, wise-cracking, rule-breaking roommate cut him off without an explanation. So what if things got a little weird on the last night of hockey camp the summer they were eighteen? It was just a little drunken foolishness. Nobody died.

Ryan Wesley’s biggest regret is coaxing his very straight friend into a bet that pushed the boundaries of their relationship. Now, with their college teams set to face off at the national championship, he’ll finally get a chance to apologize. But all it takes is one look at his longtime crush, and the ache is stronger than ever.

Jamie has waited a long time for answers, but walks away with only more questions—can one night of sex ruin a friendship? If not, how about six more weeks of it? When Wesley turns up to coach alongside Jamie for one more hot summer at camp, Jamie has a few things to discover about his old friend…and a big one to learn about himself.

Warning: contains sexual situations, skinnydipping, shenanigans in an SUV and proof that coming out to your family on social media is a dicey proposition.

He was someone who belonged in my wildest fantasies instead of a rest stop in the middle of Nebraska.

A sexy, cocky, Australian named Chance was the last person I expected to run into on my cross-country drive.

When my car broke down, we made a deal. Next thing I knew, we were traveling together, spending sexually-tense nights in hotels and taking unplanned detours.

My ordinary road trip turned into the adventure of a lifetime. It was all fun and games until things got intense.

I wanted him, but Chance wouldn’t make a move. I thought he wanted me too, but something was holding him back.

I wasn’t supposed to fall for the cocky bastard, especially when I knew we’d be going our separate ways.

Except our ending was one I didn’t see coming.

Things are heating up at Engine Co. 6 in this original e-novella from Kate Meader’s sizzling Hot in Chicago series! Superhot playboy firefighter Gage Simpson has one particular man on his mind: Brady Smith, a recalcitrant, moody chef who makes Gage melt from the inside out. Features a sexy sneak preview ofPlaying with Fire!

Firefighter Gage Simpson has it all: the job of his dreams, the family of his heart, and no shortage of hot guys lining up to share his bed. “Fun and easy” is his motto—and it’s kept him sunny through a painful upbringing and steered him away from trouble. But when trouble comes knocking in the form of a sexy, scarred, tattooed chef with a harrowing past and zero communication skills, Gage can’t help but be drawn to the flame.

Brady Smith isn’t fun. And easy isn’t in his vocabulary. When cocky Gage swaggers into his restaurant kitchen, the former Marine-turned-five-star-chef is blindsided by the firefighter’s beauty. Then confused that this golden guy with the sparkling blue eyes and the body of a god might be interested in him. As desire flares and temperatures rise, Gage and Brady will have to figure out if the heat between them is just a temporary flash—or the beginning of something real. 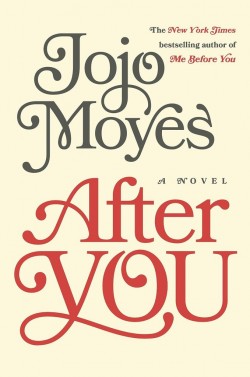 After You by Jojo Moyes

***THE SEQUEL TO THE WORLDWIDE PHENOMENON ME BEFORE YOU ***

Jojo Moyes says: “I hadn’t planned to write a sequel to Me Before You. But working on the movie script, and reading the sheer volume of tweets and emails every day asking what Lou did with her life, meant that the characters never left me. It has been such a pleasure revisiting Lou and her family, and the Traynors, and confronting them with a whole new set of issues. As ever, they have made me laugh, and cry. I hope readers feel the same way at meeting them again.” 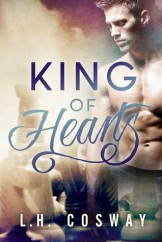 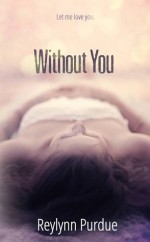 So many books I want!

Thanks for the review of precious sacrifice… melting point sounds HOT!

I want Him by Sarina Bowen and Elle Kennedy now.