Elise’s body had flooded wet and hot when he lifted her against the wall of the elevator, but now her muscles clenched in anticipation as he stared at her, the sheer intimacy of his eyes drilling hers making her feel weak and needy, like if he didn’t fill her soon, she’d scream from the high pitch of her arousal, from the intense need to be writhing beneath him, his strong body driving into hers over and over again.

“I’ve relived our wedding night a million times,” she murmured, dropping her forehead to his shoulder. “I’d lie in my bed and touch myself, trying to feel the way you made me feel, but I couldn’t…I couldn’t…”

Preston froze, his fingers clawlike, digging into her backside as his breath caught beside her neck. “You’re blowing my mind.”

The gravelly heat in his voice made her bold. “I’d rather blow something else.”

“Try me,” she dared him, turning into him so she could lick his throat. Under her tongue, she felt his pulse jumping like crazy, and he gasped as she blew on the damp skin, then pressed her lips against it.

“I need you naked, sweetheart,” he whispered in a ragged groan. “Please.”

Unlocking her ankles as he loosened his grip on her bottom, she slid down his chest until her sandaled feet touched the floor. She slipped out of them and looked up at him, at the lust that cut his face into angles and made his eyes glitter with hunger.

He placed his palms on her shoulders, staring deeply into her eyes. She leaned her neck back slowly, until her throat was totally exposed, and let her hands droop listlessly by her sides, giving him total control. She felt her breasts push forward, straining toward him with every inhaled breath, but she was still, locked in his gaze, letting him know that she was completely his, that she’d never run from him again.

He smoothed his hands down her arms, so softly, so slowly, goosebumps rose up on her flesh and she heard the smallest whimper borrow her breath and whisper past her lips. His hands stroked the skin of her arms, all the way to her wrists, which he held, with his thumbs over her pulse.

“Your heart is racing,” he murmured.

She nodded, her eyelids fluttering, but not closing.

Skimming his palms back up her arms, he paused at her shoulders, then lifted all but his fingertips from her skin. Her trailed them—slowly, like a feather’s touch—to the elastic hem of her romper, one index finger tracing the border, his eyes still boring into hers, his breathing quick and shallow.

She felt another rush of wetness between her legs and gasped softly, her eyes widening as she realized her body was preparing for his, readying itself, and barely able to keep another whimper from leaving her throat, she gave it permission, watching his eyes as the small sound of want pulled his eyes to her lips.

His right hand—his large, warm palm—slipped under the elastic, sliding slowly to her left breast, his fingers stopping when they found her bare nipple, swollen, yet firm, and he covered it with his palm, finally dipping his head and claiming her lips with his.

She moaned into his mouth, a sound of want and fury, as he squeezed her breast, his thumb rubbing mercilessly over her aroused flesh. Inserting his free fingers into the elastic, he raked the fabric down, the friction over her exposed nipple almost unbearable until his palm covered it, soothing it, both thumbs circling her pebbled flesh as she leaned into his touch.

His tongue swept between her lips, exploring the wet heat of her mouth as his hands slid lower, abandoning her breasts and pushing her romper over her waist, over her hips…his breath caught suddenly and he groaned as he realized she wasn’t wearing panties. Her romper fell to her ankles the flowered fabric soft and light around her bare feet as Preston caressed the skin of her back.

He leaned back to look into her eyes, and she’d never seem him so wild, so undone.

“So. Fucking. Hot,” he groaned, his panted speech choppy and awestruck.

Preston Winslow has a heart as open as the sky and room in his life for someone special. When he falls in love with Broadway actress, Elise Klassan, he holds nothing back.

Elise, who has made tremendous sacrifices to forward her career, is swept off her feet by handsome, charming Preston…but the stage has been her first love for so many years, she doesn’t know if there’s room for Preston in her life. When the day comes that she must choose between her ambition and her heart, she profoundly hurts the one man who could have made her happy.

Two years later, Elise has become a world-famous actress and Preston is a very successful lawyer. But fame has not equaled happiness for Elise, and Preston is much too bitter and cynical to ever consider falling in love again.

Is it possible that the only person who can mend Preston’s heart is the one who originally broke it? Only if Elise can figure out a way to make him believe in love all over again. 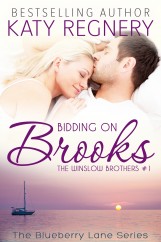 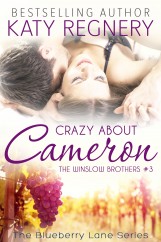 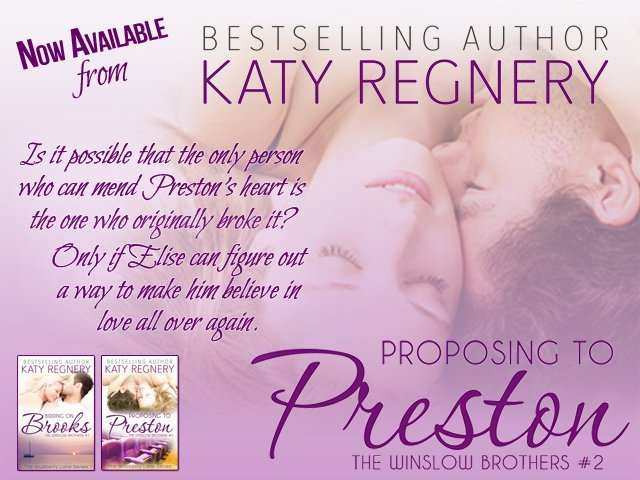 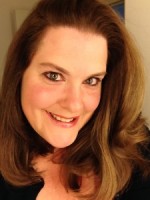 That was a pretty hot excerpt!