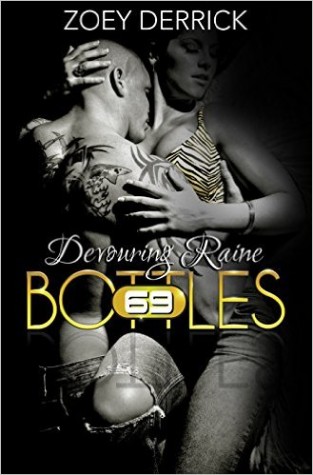 “The chemistry between Raine and Dex is off the charts amazing.  The looks, the dirty talk, the intensity and uniqueness of all of their sexy times are really special.  So be prepared for a LOT of it, in true Zoey Derrick fashion.” ~ Under the Covers

Devouring Raine is book five in the 69 Bottles series, but part two in the story of drummer, Dex Harris and assistant, Raine Montgomery.  It’s a requirement, in my opinion, to have read book four AT LEAST, though I suggest you read them all to get the most enjoyment out of this one.  In the last installment, we saw how Dex gave up his man-whore ways when he falls head over heels for Raine.  He’s managed to keep his addictions at bay as well.  They worked through trust issues galore and had some incredibly hot sex throughout the struggle.  Devouring Raine focuses on the further development of their relationship while on tour.

Zoey Derrick really shows you with these two books that she can make any combo of characters hot.  I didn’t think that things could get much more panty-melting than the threesome of Addison, Talon, and Kyle.  I was completely wrong.  The chemistry between Raine and Dex is off the charts amazing.  The looks, the dirty talk, the intensity and uniqueness of all of their sexy times are really special.  So be prepared for a LOT of it, in true Zoey Derrick fashion.  Dex is the perfect combo of sexy, dominant, tattooed bad boy, and Raine is his perfect match.  She’s not a pushover, but she has a sweet and submissive side that Dex hones in on.  Dex has always had interest in the BDSM lifestyle and the two mutually decide to explore these roles with some close friends.  Raine likes some pain with her pleasure and when they all hit the playroom, sparks fly.  I really enjoyed the more realistic side to discovering submission, the focus on protocol and the exploration of what a 24/7 relationship would be like.  Raine finds she’s more than a little bi-curious, so be prepared for some girl on girl action as well.  This was completely unexpected and caught me surprise in a good way.  I liked that Dex is learning as well, and although he’s ultra alpha, he’s got a very soft side.  This is a good book for those who don’t want the S/M too scary, but still with a little bite.  I can see some people getting a little taken aback by how quickly Raine falls into the lifestyle, but I think it’s clear that she’s been headed this way all along.  She just needed the right person to bring it out.  There’s a suspense plot as well, with Raine having to contend with a threat from the past.  This was well done, but I’ll admit I didn’t need it to complicate their lives.  I was happy watching their relationship evolve. The ONLY distraction for me was their nicknames for each other!!  My husband happens to call my son one of them, so it was jarring for me, but without that trigger, many will think it’s just sweet.  This is a great conclusion to Dex and Raine’s story.  I can’t wait to see what Zoey has next for us. 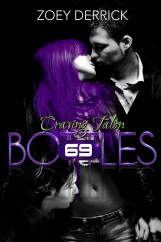 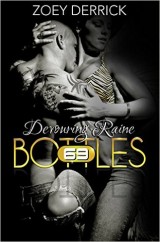 Do these books have to be read in order?

Thank you Ladies and Jennifer for this AWESOME Review!! <3
XXXX

@Elizabeth – I would recommend reading at least Taming Dex before Devouring Raine – however, you do not need to read the first three books in the series as Dex and Raine stand on their own :-)!