Will she make the right choice …

Advice columnist Carly Wexler has mapped out her entire life, and she’s convinced by marrying her best friend, she’ll be able to map out her path to happiness as well. No sexual sparks? No problem. Or so she thinks…until her fiance’s brother arrives for the wedding. Mike Novak ignites a desire inside Carly unlike anything she’s ever experienced, shaking up everything she’s ever believed in. When Mike becomes determined to stop her mismatched wedding to his brother, will Carly be able to accept that her unexpected love for Mike might be the right choice for her after all?

Dear Readers:
Welcome to Carly Classics, books I wrote earlier in my career that have been modernized for your reading enjoyment. These stories hold a very special place in my heart and I’m thrilled to be able to share them with you now.
All the best,
Carly

When the submissive he played on New Year’s Eve turns out to be his tempting tattoo artist…Finn knows Rosie may soon have him on his knees.

Roisin ‘Rosie’ Gallagher’s past and working as a tattoo artist has taught her to be tough. Even in her scenes as a submissive she’s strong, always fighting to give herself over. Tattooing Finn may give her a thrill at being the one in command now, but as they explore the kink dynamic in private the control ceases to matter, and all that’s left is pure pleasure…and the possibility of something that could last as long as the ink on his skin. 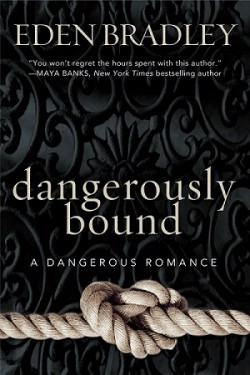 REMEMBER WHEN
Remember When Trilogy # 1
by T. Torrest

Years before Trip Wiley could be seen on movie screens all over the world, he could be seen sitting in the desk behind me in my high school English class.

This was back in 1990, and I cite the year only to avoid dumbfounding you when references to big hair or stretch pants are mentioned. Although, come to think of it, I am from New Jersey, which may serve as explanation enough. We were teenagers then, way back in a time before anyone could even dream he’d turn into the Hollywood commodity that he is today.

In case you live under a rock and don’t know who Trip Wiley is, just know that these days, he’s the actor found at the top of every casting director’s wish list. He’s incredibly talented and insanely gorgeous, the combination of which has made him very rich, very famous and very desirable.

And not just to casting directors, either.

I can’t confirm any of the gossip from his early years out in Tinseltown, but based on what I knew of his life before he was famous, I can tell you that the idea of Girls-Throwing-Themselves-At-Trip is not a new concept.

I should know. I was one of them.

And my life hasn’t been the same since.

**Remember When is the first book in an NA romantic comedy trilogy, but there is NO CLIFFHANGER. It is intended for mature teen readers and immature adult ones due to some high school sex scenes, underage drinking, questionable language and 1980s flashbacks.**

Phoenix ‘Nix’ Knight thought pulling his club out of the illegal shit his Pops got them into was difficult.

Until he meets Kadence.

Kadence Turner has no business lusting over a student’s father, especially the president of the Knights Rebels MC. Nix is crass, obnoxious and dangerously sexy and for some reason, Kadence can’t seem to hate him for it. The bossy biker breaks down her defenses, but unlike the old Kadence, the woman she is today won’t give in without a fight.

The tension is undeniable, the attraction fierce. A man that wants what he wants and a woman that will fight him every step of the way.

ALL YOUR REASONS
Crave # 1
by Nina Levine

Rockstar, Jett Vaughn, isn’t against settling down, but no woman has ever held his attention long enough for a relationship to develop. That is until he meets Presley Hart. She’s confident, opinionated and headstrong. She drives him to the edge of crazy, but he can’t deny how she makes him feel.

He wants her heart, but she only wants his body.

Presley’s not against giving her heart to a man, but she has too many reasons why he’s not the one to give it to. Jett isn’t a man who will take no for an answer though. He’s about to declare war on her reasons and take what he wants.

Thanks again for the deals!