***Ready for a summer escape? Get 15 contemporary romance stories by best-selling and award-winning authors for 99¢! Each novel and novella has a beach setting, an irresistible love story with HEA, and high sizzle factor. Slather on the sunscreen, grab a cool drink, and get ready to get hot!***

Ecstasy By the Sea by Chris Almeida & Cecilia Aubrey
A honeymoon to remember.

Burn Me by Eirinn Brennan
She was sure of the future until she experienced what else it had to offer.

Finding Joy by EmKay Connor
You can run from your secrets, but you can’t hide.

Kissing Drake by Jenna Dales
A tall, dark and seriously hot hero and the woman who makes him forget about being so serious.

Madrona Sunset by Jami Davenport
Damaged souls craving comfort for a moment or a lifetime.

The Good Enough Husband by Sylvie Fox
What would you do if you met your soul mate, but you were already married?

The Posse by Tawdra Kandle
One woman, three men, and a beach romance as unpredictable as the riptide.

How to Say Goodbye by Amber Lin
She’s here for the summer. He lives on the streets. They’ll both learn how to say goodbye.

Sunny and 75 by Scarlett Metal
Can paradise heal their broken hearts or will their pasts come back to haunt them?

Midnight Shadows by Lisa Marie Rice
She sees shadows that aren’t there.

Two Are Better Than One by Suzanne Rock
Two Irish exchange students convince the straight-laced Hannah that two men are better than one.

The Billionaire’s Assassin by Margaret Taylor
Adrian Hoyle couldn’t know that meeting a hot Hollywood actor would be hazardous to her health.

Sun Kissed by Nancy Warren
It’s hard not to mix business and pleasure when your business is surfing.

Miami Dreams by Layla Wilcox
Starting over in the Magic City means believing in second chances when none seem possible.

Tall, dark, and handsome is an understatement when it comes to John Day. With rugged good looks, his ever present plaid shirt, and a dog named Babe, John is a modern alpha male lumberjack in more ways than one.

Lurking beneath the gruff exterior and beard could be the heart of a romantic. Or is John a wolf in flannel clothing?

After his favorite neighbor rents out her cabin for the winter, John finds himself playing fireman and tour guide to Diane Watson, a beautiful brunette with her own messy past and recent battle scars. Will he be ready to fall in love? Or will he go back to his old, flirty ways?
***

Confessions of a Reformed Tom Cat
I, Thomas Clifford Donnely, am a manwhore.

You can call me Tom Cat. I’ve been told I’m irresistible to women. Like catnip for a different kind of pussy-cat.
This is the story about how I lost my wingman, broke all my own rules, and found myself falling in love.

Tom Donnelly isn’t the marrying kind, or the dating kind. Even after losing his #1 wingman to love, he doesn’t see the point in relationships. When his sister’s best friend returns to Whidbey Island and propositions Donnelly for a one-night stand, he breaks one of his biggest rules–no fooling around with his sisters’ friends. It’s just sex, nothing more. That’s what Tom does and does well.

The Danger Has Only Begun

Having survived a brutal childhood, Sabrina Fox believed she could handle anything. That was before she watched the love of her life die before her very eyes. Brokenhearted, her emotions on lockdown, she finds purpose and hope as an LCR elite operative rescuing victims from some of the most volatile places in the world.

As a covert ops agent, Declan Steele was used to a life of danger and distrust, but when the one person he trusted and believed in above all others sets him up, he’ll stop at nothing to make her pay. Finally rescued from his hellish prison, Declan has one priority—hunt down Sabrina Fox and exact his revenge.

Trusting no one is a lonely, perilous path. Sabrina swears she’s innocent and Declan must make a decision–trust his heart or his head. As memories of their life together returns, he realizes just how treacherous his torture had been and the target of his revenge shifts. But when Sabrina is taken, retribution is the last thing on his mind. With the assistance of Last Chance Rescue Elite, Declan races to rescue the only woman he has ever loved before it’s too late.

TRUST THE FOCUS
by Megan Erickson
In Focus # 1

With his college graduation gown expertly pitched into the trash, Justin Akron is ready for the road trip he planned with his best friend Landry— and ready for one last summer of escape from his mother’s controlling grip. Climbing into the Winnebago his father left him, they set out across America in search of the sites his father had captured through the lens of his Nikon.

As an aspiring photographer, Justin can think of no better way to honor his father’s memory than to scatter his ashes at the sites he held sacred. And there’s no one Justin would rather share the experience with more than Landry.

But Justin knows he can’t escape forever. Eventually he’ll have to return home and join his mother’s Senate campaign. Nor can he escape the truth of who he is, and the fact that he’s in love with his out-and-proud travel companion.

Admitting what he wants could hurt his mother’s conservative political career. But with every click of his shutter and every sprinkle of ash, Justin can’t resist Landry’s pull. And when the truth comes into focus, neither is prepared for the secrets the other is hiding.

Kristi Cross has had the hots for her friend, Cameron Jackson as long as she can remember, but she knows she’s not his type. She’s nothing like the women he dates. So when he suggests they play for a kiss over a game of Hearts, Kristi can’t resist. Even if she loses, she wins. Because she’s finally going to taste him.

Of course, one kiss can quickly become something altogether steamier, especially when both parties are on the rebound…

Fall in Love on Tryst Island… When a group of friends share a vacation house, wild hijinks, unexpected hook-ups and steamy sex ensue.

A man on the run from the only life he’s ever known, Brody Vaughn is poised to accept the Black Jack Gentleman’s newly vacant goalkeeper’s position. It’s a desperate move, but one he must take to regain his emotional equilibrium. Reeling from his Mistress’s rejection and on the ragged edge of a total breakdown, he arrives in Detroit. Numb with thinly veiled grief, he walks into the club’s front office completely unaware that an encounter with true destiny awaits him.

Sophie Harrison has seen it all–as Domme, sub, and victim. Now that her complicated circumstances have landed her as legal counsel for the expansion Black Jacks team, she holds herself aloof in body and spirit. Nothing and no one gets past her fiercely guarded walls. Until the day she looks up to greet the new goalie standing in her doorway, his raw combination of vulnerability and strength making her breathless.

WHAT CAROLINE WANTS
Pushing the Boundaries # 1
by Amanda Abbott

Caroline and Jason Stratton have always been hot for each other. Married right out of college, they’ve had a great sex life. But when they discover that their best friends and neighbors, Piper and Michael Collins, have experimented with a few extracurricular adventures during their ten year marriage, Caroline and Jace’s sexual world is rocked.

The Strattons quickly find that inviting others into their bedroom might be something they want to explore. But getting Caroline to reconcile her Southern guilt is another matter altogether. So they decide to take it deliciously slow, exploring every avenue.

Their adventures leads them to Emma and Pete, and after a fun, sexy dinner date out, and an incredibly hot car ride home, they’re in. But once they decide to scale that mountain, all bets are off. In the end, Caroline must make a decision—and it’s one she’ll have to live with forever. 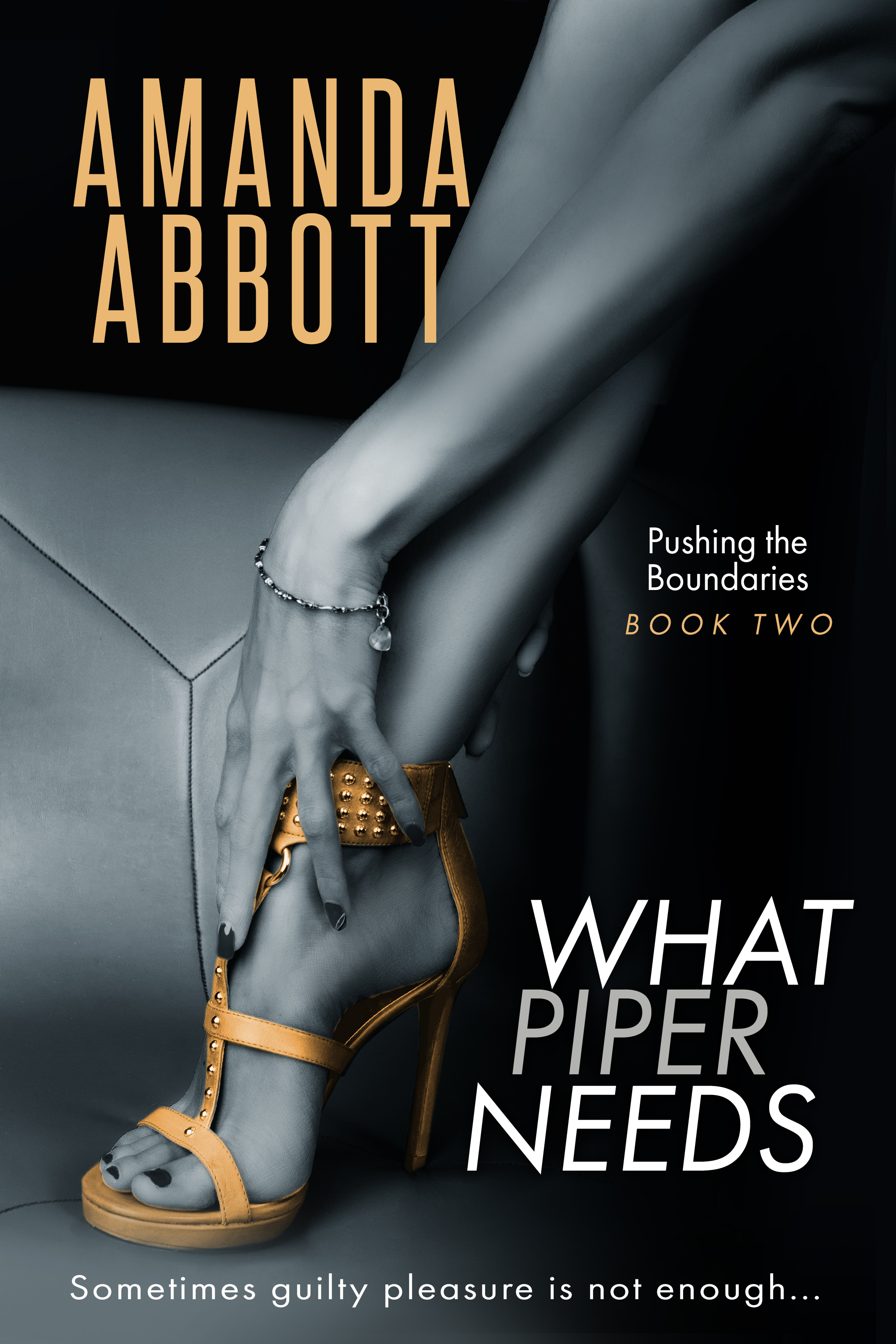 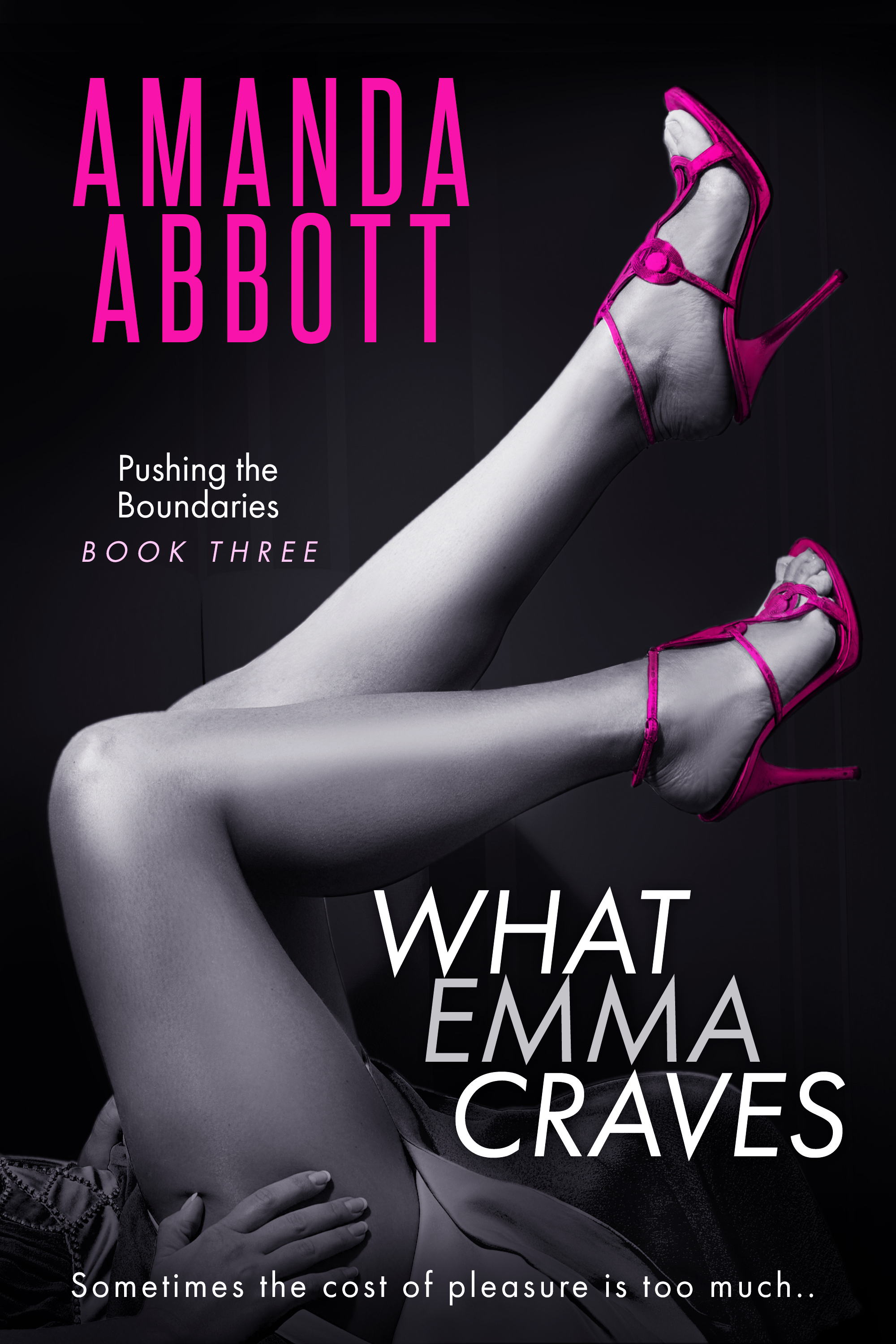 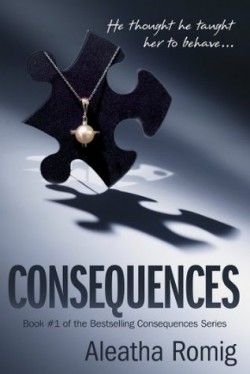 Every action has consequences.

Waking in an unfamiliar bedroom in a luxurious mansion, Claire Nichols is terrified to discover that a chance encounter led her into the cruel hands of her abductor, Anthony Rawlings. Claire has no understanding of why she’s there, but it’s been made abundantly clear–she is now his acquisition and every action has consequences.

Learn the rules to survive.

Facing incomprehensible circumstances, Claire must learn to survive her new reality–every aspect of her livelihood depends upon the tall, dark-eyed tycoon who is a true master of deception. Driven by unknown demons, he has no tolerance for imperfection, in any aspect of his life, including his recent acquisition. Anthony may appear to the world as a handsome, benevolent businessman, but in reality Claire knows firsthand that he’s a menacing, controlling captor with very strict rules: do as you’re told, public failure is not an option, and appearances are of the utmost importance.

To fit together the pieces of the puzzle, Claire must follow his rules. Will her plan work, or will Anthony become enthralled by Claire’s beauty, resilience, and determination, changing the game forever? If that happens, will either of them survive the consequences?

Nobody ever did or ever will escape the consequences of his choices.–Alfred A. Montapert 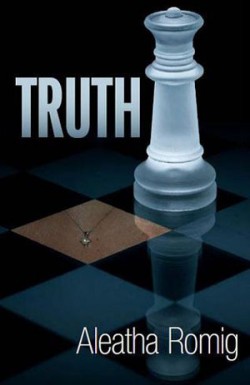 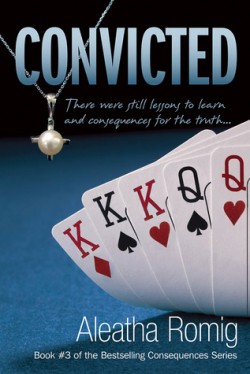 Looking forward to starting the pushing the boundaries series