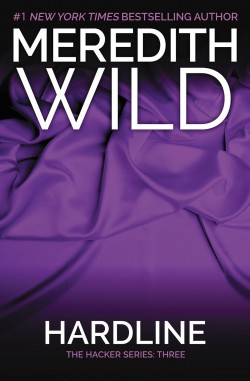 “Meredith Wild is a wonderful writer.  Her dialogue and scenes flow and hold your attention.  I rarely read a series straight through and I’m doing this here.” ~ Under the Covers

I’ve been enjoying the Hacker series and book two, Hardpressed, was one suspenseful, hot read.  It seemed that this series was going to get better and better with each installment.  Hardline continues to develop the relationship of Blake Landon, startup investor, and Erica Hathaway, Harvard grad and creator the online community Blake has invested in.  Blake and Erica seemed to come to an understanding at the end of book two.  Erica discovers just how vital showing her trust in Blake is to the relationship.  But Blake hasn’t really forgotten all the events that transpired to keep them temporarily apart.  While they movie happily on to the next stage in their relationship, the past comes back to haunt them.  Erica has quite a few characters that want to pull her away from Blake, both professionally and personally.  Her biological father, Daniel, is a constant complication.  How these two navigate the turbulent waters is an emotional and painful push and pull that can only end with one person in control.

Did Hardline live up to the suspense and fast pace of Hardpressed?  For me, not so much, but I think I had set myself up for disappointment.  Coming off a book with such crazy twists and turns, I can imagine the author wanted some time to focus on Blake and Erica building up the foundation of their relationship.  It’s been an intense whirlwind, and though we got hints of who Blake really is  and what he needs (a Dom), this becomes a major focus of Hardline.  Erica’s inability to trust Blake and involve him in helping to solve her dilemmas in book two is something he’s never really gotten over.  On top of this, Erica has allowed herself to get into a fairly compromising position with an employee, setting Blake over the edge.  In a few words, Blake can’t continue in a relationship he doesn’t have full control of and he needs Erica to understand that.  Implicitly.  This is the point where I think the book tanks for some readers.  I love the BDSM genre and I even can get on the full submission, 24/7 bandwagon.  Some women crave this level of control in their lives and it can be a huge turn on.  I can even read dubious consent and enjoy it.  That being said, I have a hard time watching Blake punish the one he loves and then subsequently withdraw all comfort and aftercare as a form of continued punishment.  And then issue an ultimatum that unless she submits in every aspect of her life, he’s gone.  Knowing how in love Erica is with him, I found it coercive and a bit concerning.  True submission, in traditional D/s sense, is given freely, without coercion.   And strong and independent Erica gives in.  Each time.  It rubbed me the wrong way.  On a positive note, it’s made clear subsequently how smart and strong Blake feels Erica is, how much he cares for her opinion in matters.  But each time Erica is lifted up, it’s due to Blake’s generosity, a gift of power from him to her.  I just wish he hadn’t taken hers away in the business she started in the first place.  The question is, do you have to love all the actions of the “hero” of a romance novel to like and support the book?   I guess not.  If ever character behaved predictably, as we wanted them to in an ideal world, things would be pretty boring.  Maybe satisfying on some comforting level, but not challenging in any way.  So, in the end, I’m okay with Blake pissing me off.  I read this in one sitting in a few hours.  That says something.

Now that that’s off my chest, I can say that the sex is absolutely scorching.  Blake isn’t above dishing out pain in a very real sense, and Erica enjoys it.   You get the sense we haven’t even touched the tip of the iceberg in terms of what kind of Dom Blake can be.  It deserves more exploration and I believe that’s where the next installment is headed.  Meredith Wild is a wonderful writer.  Her dialogue and scenes flow and hold your attention.  I rarely read a series straight through and I’m doing this here.  There’s a mini cliffhanger in Hardline and despite Blake really pissing me off, I am eagerly anticipating seeing where this one goes. 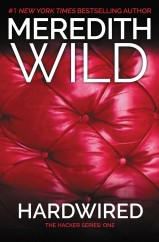 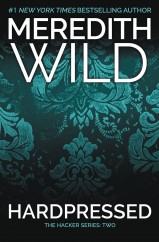 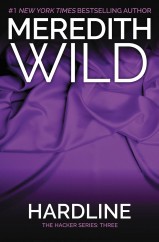 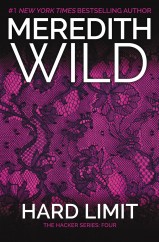 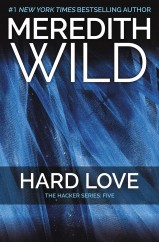 Thank you jennifer! This book was so hard for me.. I have trouble reading full sub (24/7)…but he does not even treat her right in this book…from the no aftercare and on this book ruined for me what had started out as a really good series :/