We are MOST excited at UTC today to be part of this tour because we absolutely love and adore L.H. Cosway and will read anything she wants to write.  But we are even more excited because today we have a small piece of King… I mean his book, KING OF HEARTS, to share with you all.  In case you’ve missed it, be sure to check out the previous stops in the tour to read the previous parts of this excerpt tour: Back Off My Books and Smokin’ Hot Book Blog.

And now, the story continues…. Read on!

James’ face flashed in surprise at my question and I inwardly groaned. Why the hell had I asked that? Why?

He glanced at Oliver King. “Each of us put forward a number of resumes. I believe it was Mr King who thought yours had…potential.”

Eleanor pursed her lips and King shot him a look before turning to face me. I was under the impression that James was my biggest enemy in this situation, but then King spoke and flipped everything on its ear.

Levelling his eyes on me, he said, “You included a picture, Miss Clark, and I liked the look of you.”

I swear, my jaw practically dropped to the floor. Was he even allowed to say something like that in an interview? I was sure it must have been against some rule or policy. Bristling, I rose from my seat. I knew I should have waited until I was dismissed, but I was so pissed off that I just had to get out of there. Still, I didn’t let my temper get the better of me. I settled my gaze on Oliver King and calmly gave him my best parting line.

“Well, then, Mr King, if I do get chosen for the position, I’ll have to prove to you that my looks pale in comparison to what my brain can achieve.”

I turned and left the office.

The very next day I received a call from Eleanor telling me that I got the job.

Gulping back the last of my coffee, I slipped my headphones over my ears, hit play on my favourite M.I.A. album and set off for the tube. I lived on the tenth floor of a big grey tower block in

Bethnal Green with my BFF, Karla. We did our best to make the interior of our small two-bedroom flat homey, but there was nothing to be done about the outside. Though I had to admit that hauling my arse up and down ten flights of stairs every day did wonders for my gluts. Too bad my penchant for cake undid all the good work.

It was my first day working at Johnson-Pearse Bank and I was putting my best foot forward. M.I.A.’s tracks always made me feel ready to take on a challenge; it was like my fight music. Not that I was going into a fight, but this whole new job thing felt a little bit like it. I was on the defensive after what Mr King had said in the interview, determined to prove myself.

I wore my most office friendly pencil dress under my duffel coat. Okay, so the coat kind of ruined the outfit, but it was January in London, which meant it was cold enough to freeze your nipples off. I also wore gloves and a scarf, which I buried my nose under in order to stave off the chill. I’d never really been one to dress professionally, but the job called for it so I’d maxed out my credit card buying fancy shit. Normally, my style was somewhere between urban and hipster. I liked to rock the quirk.

Once I reached the tube I savoured the heat of the carriage and head bobbed my way through the journey, standing because it was rush hour, and therefore, I wasn’t going to get a seat to save my life. Finally arriving in Canary Wharf, I made my way out of the gigantic tube station and completed the quick walk to the towering, uber modern building where Johnson-Pearse was located.

This whole area was referred to as The City, a single square mile that housed the most powerful financial institutions in the UK. Some of the buildings had funny nicknames. For instance, you had the Gherkin, otherwise known as 30 St Mary Axe, which I personally thought looked like a giant Faberge egg.

Basically, you could divide The City into three sections. Canary Wharf was modern, towering, soulless, and where you could find the all-powerful investment banks. The Old City was historical, quirky, and mostly home to the insurers and brokers. And lastly, you had the stylish and cosmopolitan Mayfair, where you could find the hedge funds and private equity companies. I’d only become so well informed about all this since I started my job hunt. Before that I hadn’t really taken much interest in it; it was just another part of London to me. But now that I’d discovered this city within the city, I’d become fascinated.

I disappeared among the throngs of professional types as I entered the building. I had to sign in at the security desk, since I hadn’t yet been given my staff ID. Once I was done I stepped inside the elevator. I was still rocking out to my music, standing in the corner of the crowded lift when I felt somebody’s eyes on me.

Quickly glancing up, I spotted Oliver King a few feet away, wearing a suit and a smile, a newspaper tucked under his arm. Pulling my headphones off and letting them rest around my neck, I gave him a polite nod. My first instinct was to be embarrassed that he caught me bobbing my head, away in my own little world, but I tamped that bitch down. If I’d learned anything from growing up in a tiny council house with three overbearing brothers and limited resources, it was that you had to hold your head high in this life. Take what was your due and never let anyone make you feel uncomfortable or inferior.

Be sure to read the continuation of this scene tomorrow at Shh Moms Reading! 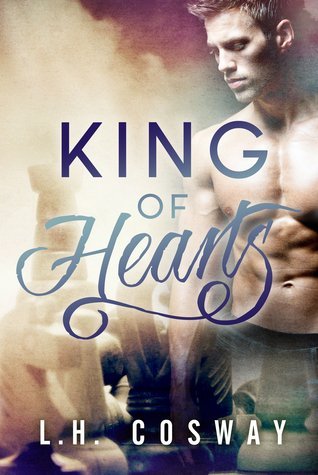 Welcome to the City, London’s most prestigious square mile, where finance reigns and Oliver King is a rising prince.

I used to rule the world.

I liked money, and power had its advantages, but what I really wanted was to excel, to surpass the men who came before me. I never cared much for love and romance until I met Alexis.

I could feel it the very moment she walked into the interview, with her outspoken charm and vivacious personality. She cast all the others in shadow, made me laugh when life held no humour. Our friendship should have remained professional, but it wasn’t long before the lines started to blur.

You know what they say about the best laid plans of mice and men? Well, I never foresaw where my plans would lead, and only in my darkest hour did I finally see the light…

You can have all the money and prestige in the world and still be the poorest man alive. And love, well, I hate to use a tired old cliché, but love can be the thing that truly sets you free. 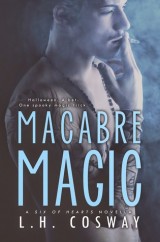 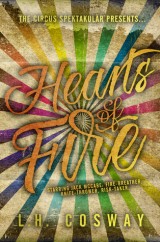 Books can be read as standalone novels, but if you choose to read them this is the recommended order.

We have an ARC of KING OF HEARTS up for grabs today!  One lucky maiden will get to read King in all his glory before you’re able to buy it!  Don’t miss this opportunity!

I love me some LH Cosway! I can’t wait for King’s story, I totally have faith she is going to redeem him 🙂

Loving this series! I can’t wait to find out more about King.

But…sad day…when I click on Macabre Magic, it won’t let me buy it! /sob

I love this series would love to win an ARC!

The blurb has me intrigued

Only a little over a month left!!! But OMG, the waiting is killing me <3 This series rocks!

Can’t wait for this book!

ooooh… this looks and sounds awesome! I’ve only read the first book in this series and I desperately want to catch up 🙂 thanks for sharing!

Thanks for the chance! I love LH’s books! 🙂

Looking forward to reading this book.

Page not found - Under the Covers Book Blog