Without thought or provocation, he breached the slight space between them. Their breaths mingled in an unspoken question. The tension crackled down Ryan’s spine. Both confusion and abandon fought for dominance in her eyes. That single, solitary thread of absolute control frayed. His hand traversed back to her upturned face. He caressed her cheek, and unable to halt his own fingers, they parted through her thick waves of hair.

A slight shiver of anticipation worked through Sienna, and the frayed thread snapped completely. Her lips parted. Some question tried to take flight from her tongue, but it met an unrestrained groan from Ryan as he laid soft, languid, siege to her mouth.

The potent memories danced on her tongue as he deepened the kiss and devoured the soft warmth of them together. The rediscovery, so much more than he’d ever been able to recall, the intoxication of her kiss, it all shot through him with a heated urgency to take more, to reclaim what he’d so stupidly allowed to slip through his fingers. The passion that flowed so readily between them muted every doubt he’d tried so hard to convince himself existed.

Her tongue sought his in an undeniable invitation. She wanted more. Nothing would ever taste as good or be as fulfilling as Sienna wanting more of him.

The world around them disappeared. All doubt and every worry of his soul vacated Ryan’s body as their lips mated and he attempted to kiss her so deeply he could erase the last ten years.

A shaky whimper tumbled from Sienna’s throat. Alarm bells rang shrilly in her head. It took several long minutes for her to understand that it was Ryan’s powerful embrace that was keeping her upright because if left on her own, she would have melted into a very confused puddle on the smooth concrete floors of some massive building store that he’d brought her into.

Nothing made sense. Nothing even mattered, except the fact that by some miracle or some magic, Ryan McNamara’s heavenly lips were priming her own with more than a note of possession.

He was consumed with greed, and his tongue seemed to command that she comply. As there was nothing she wanted more, Sienna tried to quiet those stupid alarms and just allow herself to have this kiss. She could ask all of those questions later. Right now she simply needed more of him.

Her hands braided in his thick brown hair. She turned her head, and he matched her cadence, taking her ever so softly again with his mouth. The sensations bombarded her with a sweet heaven she’d needed for so many nights. If she could just make all of the heartbreak disappear for a moment, she would be his again without question.

Single father, Ryan McNamara, returns to the only place he’d ever been happy, Gypsy Beach. This time he’s divorced, broken, but determined to make something of his life.

Sienna Cooper is determined to forget Ryan, the last decade, and all of the hurt he’d left her with. She’s got enough spunk and Gypsy fire in her soul to make this work. She’s going to run her grandmother’s inn and make it a success. But when a chance encounter throws them back together, the passions ignite and the past doesn’t feel so far out of reach.

Can they rekindle the love they’d once had? Can he convince her that he never intends to walk away again? Will a potent dose of unending lust, a lifetime of love, and enough hot-blooded Gypsy spirit be enough to save them both? 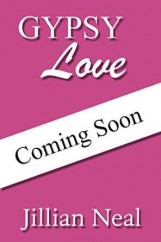 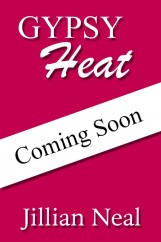 Jillian Neal is a Romance writer with a passion for passion who pens strong, character driven novels, told from the male perspective. Her guys aren’t afraid to let us inside their minds or inside their bedrooms. They’re hot on the trail of a sinister criminal organization when they’re not burning up the bed sheets.

She’s a self-proclaimed ‘Southern girl with a sassy mouth.’ Her coffee addiction is barely legal, and she’s most often running around with her hair and her pen on fire! She's full of smarts, sass, and sizzle and that's a lot to get into barely five feet of girl with her head always in the clouds.

Thanks for the excerpt and teasers…

I enjoyed the excerpt.