Following the events of EDGED BLADE, Kit Colbana has a whole new agenda. New dangers await her and her friends and it won’t be long before she has to align herself with those she never wanted to face.

No release date yet.

Under Different Stars by Amy Bartol

Kricket Hollowell is normally not one to wish upon stars; she believes they’re rarely in her favor. Well versed at dodging caseworkers from Chicago’s foster care system, the past few years on her own have made Kricket an expert at the art of survival and blending in. With her 18th birthday fast approaching, she dreams of the day when she can stop running and find what her heart needs most: a home.

Trey Allairis hates Earth and doubts that anyone from his world can thrive here. What he’s learning of Kricket and her existence away from her true home only confirms his theory. But, when he and Kricket lie together under the stars of Ethar, counting them all may be easier than letting her go.

Kyon Ensin’s secrets number the stars; he knows more about Kricket’s gifts than anyone and plans to possess her because of them. He also knows she’s more valuable than any fire in the night sky. He’ll move the heavens and align them all in order to make her his own.

When everything in their world can be broken, will Kricket rely upon love to save her under different stars?

Out now.  Recommended via League of Lusty Ladies

Bad enough Jade Frost’s boyfriend drags her to a boring poker game. Even worse that he actually threw her into the betting pot during an intense round…and lost. Talk about the perfect excuse for Jade to make him her ex-boyfriend.

Now she supposedly belongs to the ultra rich, extremely gorgeous Shep Prescott. He could have anything he wants yet he seems to be in hot pursuit of her. No matter how rude, how snarky, how impossible she acts, it doesn’t stop him. More like her horrible behavior seems to make him want her more.

When she finds herself starting to fall for him, Jade’s confused. There’s more to Shep than the carefree rich charmer he portrays. No way could he want a serious relationship with her…or could he?

Shut Up and Kiss Me by Madeline Sheehan and Claire C. Riley

She ran from her past.

After relocating from a small town in Tennessee, Mila has been living in New York City for a year in half, more than happy to be lost in the crowd. Living vicariously through her best friend and roommate Nikki, Mila spends her day’s waitressing and her evenings at home. Then, one night, after getting exclusive tickets to a nightclub downtown, Nikki is able to convince Mila to let loose for once.

He’s running from his future.

Having lived a privileged life, William is used to getting what he wants, and who he wants. Now though, in his thirties, he’s bored, and seeking more from his life than mindless sex, and even worse—mindless women. Spotting Mila from across the club he realizes right away that she’s different from what he’s used to, an observation that proves true. One night together will change everything for both of them. Pasts and futures will collide, secrets will be revealed, and the results will transform both their lives forever.

Writing Teams Week!  Less than 10 Hours left to enter the giveaway, entries by commenting on each post:

Weekly Deals: Latest Sales and Freebies for May 7, 2015

UTC Recommends: The LGBT Corner with Leigh – May 2015

We will be celebrating this month!

The Offer by Karina Halle

She thinks he’s an arrogant playboy.
He thinks she’s an uptight prude.
But he’s about to make her an offer she can’t refuse.

Nicola Price used to have it all – a great career, the perfect boyfriend, an excessive shoe collection and an apartment in one of San Francisco’s best neighborhoods. But when she gets knocked up and her asshat boyfriend leaves her high and dry, Nicola’s perfectly crafted world comes tumbling down. And stays that way.

Now, Nicola is the proud single mom to a five-year old daughter and living a giant lie. She can barely afford their ghetto apartment and all the men she dates run when they hear she comes with a child. She’s struggling and scared – and nowhere near where she thought she’d be at age thirty-one.

Her saving grace comes in the form of a tall, handsome and wealthy Scotsman Bram McGregor, the older brother of her friend Linden. Bram understands a thing or two about pride, so when tragic circumstances place Nicola at rock bottom, he offers them a place to live in the apartment complex he owns. It’s pretty much the perfect deal, so as long as she doesn’t mind living beside Bram, a man that, despite his generosity, seems to antagonize her at every turn.

But nothing in life is free and as Nicola gets her feet back on the ground, she discovers that the enigmatic playboy may end up costing her more than she thought.

Those McGregor brothers are nothing but trouble…

Drowning to Breathe by A.L. Jackson

The danger in pretending is it becoming real…

Sebastian Stone, Sunder front man and guitarist with a rap sheet about ten miles long, escaped to Savannah, Georgia, to get away from the trouble he’d caused.

Not find more of it.

The moment he saw Shea Bentley, he saw beneath all her sweet and innocence to something that went deeper.

Their relationship was built on secrets; their love built on lies.

When the past and present collide, Sebastian and Shea find themselves fighting for a future neither believed they deserved. Their passion is consuming and their need unending.

Now, holding the truth in his hands, Sebastian is faced with sacrificing everything he’s come to love to protect Shea and his family.

Will their demons drown them or will Shea and Sebastian finally learn to breathe?

Release Date: To be announced

The first in a new series from the “wicked-hot”* author of Hard Time and Give It All explores the fantasies of a daring married couple—and those of a stranger invited to play along in their scandalous little games… When he’s working, Mike Heyer is all business—every inch the alpha male, with the hard, capable body to back up his persona. But at home he can be a different man entirely, harboring appetites only his wife gets to glimpse…

When Samira first learned of her husband’s fantasies, she was reluctant, even alarmed. But after witnessing the way they set him on fire, she yielded, and happily indulged. As their games have intensified, so has the rush. And now so has the risk—they’re poised to take Mike’s indecent desires to the next level, by opening their bed to a sexy, brazen stranger. A man seeming custom-made to grant every last one of Mike and Samira’s sinful wishes.

Welcoming someone new into their lives was always a dangerous proposition, but the couple imagined if anything was at stake, it was their privacy…not their hearts.

Ivy Lee, a talented tattoo artist who spent the early part of her twenties on the move, is looking for a place to call home. She thinks she might have finally found it working in her uncle’s tattoo shop in San Francisco. But all that changes when a robbery turns deadly, compelling her to pack up her things yet again.

When they need the best, they call him. That’s why Sebastian Riker is back in California, cleaning up the mess made after a tattoo shop owner with a penchant for blackmail got himself shot. But it’s impossible to get the answers he needs from a dead body, leaving him to look elsewhere. Namely, to the twenty-something-year-old niece who believes this was a random attack. Who needs to keep believing that until Sebastian finds what he’s searching for.

Ivy has one foot out of San Francisco when a chance encounter with a stranger stalls her departure. She’s always been drawn to intense men, so it’s no wonder that she now finds a reason to stay after all, quickly intoxicated by his dark smile, his intimidating strength, and his quiet control.

That is, until Ivy discovers that their encounter was no accident—and that their attraction could be her undoing.

The Illusion of Annabella by Jessica Sorensen

Annabella Baker has always lived a normal life with a loving family. She had dreams of going to college and becoming a dancer. But the summer before her senior year, the life she knew is ripped away from her, and she’s left wondering if it ever really existed in the first place.

Six months later, Annabella is living an entirely different life. The loving family she had no longer exists, and the girl who dreamed of being a dancer can barely walk. She spends most of her time getting into trouble and living in denial over what happened. One night she takes things one step too far and is left dealing with the consequences.

Put under house arrest, Annabella can no longer run away from her problems. With the help of her cute, sweet neighbor, Luca Benton, she rediscovers the girl she used to be, and finally learns the truth about what really happened that horrible day that changed her life forever.

My reading speed is …. horrible. 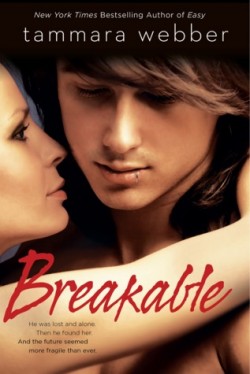 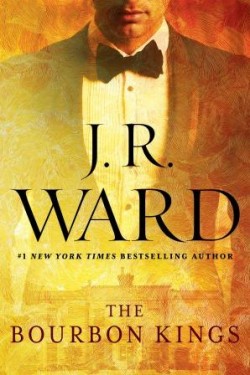 loved reading about the writing teams….and looking forward to the offer by karina halle

This week was great…Nice trip down memory lane

I wish JC Daniels did 2 Kit books a year, I love that series.