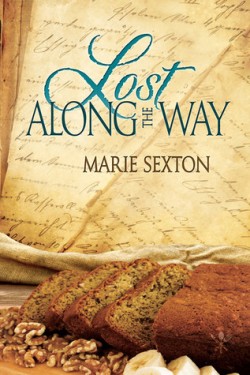 Lost Along the Way
by Marie Sexton

“Marie Sexton just has a way of tugging on your heartstrings and it makes me want to go back and read some of her other titles I may have missed.” ~ Under the Covers

These series of novellas in the Tales of a Curious Cookbook have been really fun! After reading Mary Calmes’ contribution, I knew that I wanted to try some of the others. Of course Marie Sexton was an obvious choice. I’ve been a long time fan and reader of hers so I don’t know why I was so surprised by this story.

At under 130 pages, this book really packs an emotional punch. I never thought that a short story would have me laughing and tearing up. Marie Sexton just has a way of tugging on your heartstrings and it makes me want to go back and read some of her other titles I may have missed. I’m so glad I picked this story up!

LOST ALONG THE WAY starts off as quite dark. Danny gets an early morning call telling him that his parents were in an accident and are dead. While Danny had made his own life for himself with his partner, Chase, it caused a riff between Danny and his parents. They didn’t like the fact that he was gay and certainly didn’t approve of his life with Chase. However, Danny followed his heart and did what he had to do to get to this point in his life.

After fifteen years of being together, Chase and Danny have hit a rough patch. They no longer spend time together or make love. Chase is stressed out about work and is constantly away, leaving Danny to deal with the grief with his parents alone.

When Danny goes to Laramie to organize his parent’s house, he meets Landon there. Landon has kept an eye on Danny’s parents, mowing their lawn when they couldn’t and overall, just being a good neighbor to them. Although there is an instant chemistry between Danny and Landon, it starts off as a friendship.

As things get worse between Danny and Chase, the romance between Danny and Landon gets stronger. As I mentioned earlier, I teared up in one of the scenes in this book but the end certainly makes up for it. I really fell in love with Landon and Danny and I have no doubt that you will too. 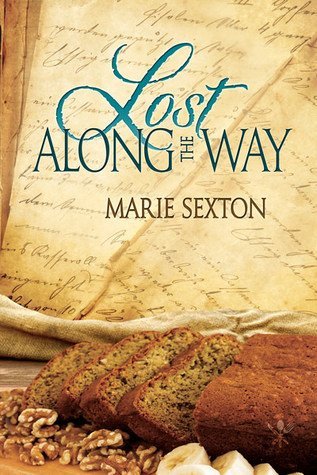 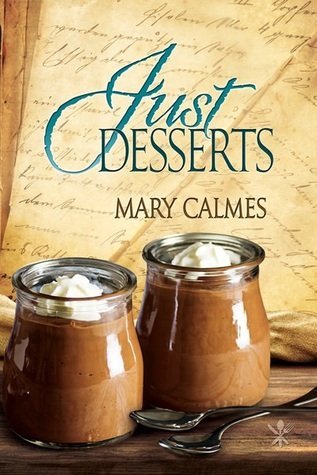 Thanks for the author intro

This sounds like well written, though out books. Sounds like the characters are well developed and real. Thanks for a great review!

Under the Covers Book Blog
Admin
Reply to  Barrie

Thanks Barrie! This is Marie Sexton so I wasn’t surprised to find that I liked it a lot!

[…] makes me want to go back and read some of her other titles I may have missed.” ~ Under the Covers Read full review | Purchase on […]

I want to read this, thanks for the review.