Emmet Washington, one of my main characters in the book, has autism. He’s partially socially functional, but he has some significant limitations that cause a problem for intimacy. Like many people with autism, he has heightened sensitivity to many senses, including touch. Light touch is torturous—as in, the kind of subtle brush every character in a romance gives and receives. Emmet also craves routine and predictability and planning, something rational to expect in sex but a challenge to incorporate into the thrilling arc of intimacy in a novel.

Jeremey came with limitations too. The negative whispers in his head are intense and difficult to manage. He has a difficult time sharing what he wants and needs, because he’s not always sure himself—and can’t bear to disappoint anyone. He’s always worried he’s not doing things right, both in general technique and in what Emmet wants. What he craves himself isn’t on the table for consideration in any way.

One of the greatest challenges for Jeremey, particularly at first, is wondering whether or not it’s “okay” to crush on Emmet. Many people, in fact, question the idea of Emmet having anything beyond a longing crush. He fights even the people who love and support him most, and of course sometimes himself.

The truth is our culture is absolutely not in a healthy place in regards to disability of any kind. We cling too hard to the myth of an ideal—of body type, of mental ability, of social status, of personality. Once upon a time both Emmet and Jeremey would have ended up in an asylum, whether or not their parents felt otherwise. Once they would rarely have been considered people at all. In fact, when I was born in 1973, it was far more common for the characters I’m writing about to be shuttered away, not mainstreamed in even the simplest way.

But despite progress overall, we’re still too willing to say there are people who don’t deserve the full happily ever after. The full experience of not only falling in love but exploring sexual intimacy. Touching. Kissing. Having sex. Fucking. Making love. We might be okay with the idea in theory, but in the specific cases of individuals, we still pause. Sometimes with just cause. But there’s a lot of grey area where the question of “should this be okay” isn’t quite as big as “should we even be in the position of granting permission at all?”

As for Emmet and Jeremey’s intimacy and my ability to tell it as a story—we got there in the end, and everyone was satisfied in every way. It was sometimes more than just unconventional, funny and awkward in a way I had to sweat to make endearing and yes, sexy. I’ll tell you, though, once Emmet and Jeremey worked out the logistical kinks? The physicality was the least of their problems. Because in addition to all the other relationship stuff we all unpack, these two had to unpack the garbage that came with the disabilities they were assigned by life.

And how to have a whole lot of fun in the process. 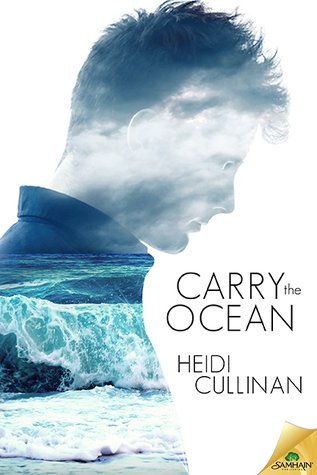 Normal is just a setting on the dryer.

High school graduate Jeremey Samson is looking forward to burying his head under the covers and sleeping until it’s time to leave for college. Then a tornado named Emmet Washington enters his life. The double major in math and computer science is handsome, forward, wicked smart, interested in dating Jeremey—and he’s autistic.

But Jeremey doesn’t judge him for that. He’s too busy judging himself, as are his parents, who don’t believe in things like clinical depression. When his untreated illness reaches a critical breaking point, Emmet is the white knight who rescues him and brings him along as a roommate to The Roosevelt, a quirky new assisted living facility nearby.

As Jeremey finds his feet at The Roosevelt, Emmet slowly begins to believe he can be loved for the man he is behind the autism. But before he can trust enough to fall head over heels, he must trust his own conviction that friendship is a healing force, and love can overcome any obstacle. 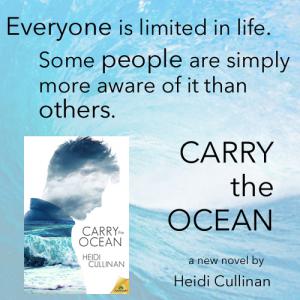 I have never heard of this series, I will be checking it out. This hits home for me because I work in a facility for Developmentally Disabled adults.

very interesting ….i’m going to look for this the next time i go book shopping!