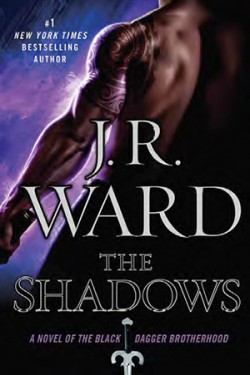 “THE SHADOWS is not anything I expected. At all. Ward pulls off the twist of all twists, proving that she’s fearless when it comes to staying true to her characters. With the amount of emotions this book packs, your heart will surely burst. And if you’re like me, you’ll love every minute of it.” ~ Under the Covers

J.R. Ward changes the game with THE SHADOWS with not just one hero, but two in Trez and iAm. As these two brothers have their stories told, expect a lot of emotion, action and passion. All of these things are things I’ve come to expect in a J.R. Ward book, but especially in the Black Dagger Brotherhood series.

The Shadows have been in the series for a long time, but since they were just on the sidelines I never gave them much thought until now. As the eldest of the two, Trez is the Anointed One and he has responsibilities that are required of him. However that isn’t all that fate has in store for him. Because when Trez falls for a woman, he falls hard and everything we have come to know about the man changes when life takes a wrong turn. Unable to control the events that are happening around him, you as the reader feel his anguish. It’s hard to read. Very, very hard. But at the same time, Ward goes back to basics and Trez’s story almost reminds me of the earlier books with Rhage and Mary and the sweet romance they shared. Unfortunately things are different with Trez and his shellan and even though it devastates me, I don’t hate Ward for her choices.

There are two reasons why it works for me: One, it’s because Ward drops a lot of clues as to what is going to happen before it does so as I picked up on it earlier on it wasn’t such a shock as some of the past events in the series. That being said though, I stilled sobbed like a baby when it happened and had to stop reading because I could no longer read the words any longer.

And two, because the romance is so very potent for these two. I definitely got the sense that they were happy. Like I said, Ward conveys emotion so well.

iAm’s romance comes across as slightly different. It takes a while to develop and how it comes to be may also come as a shock to readers but again, I found that I enjoyed their dynamics together. Ward’s romance is really about putting together the hero and heroine and then letting the emotions flow as they come and I definitely felt a strong connection between these two.

Now in addition to The Shadows, Ward focuses a lot on progressing the world. There are bonds broken, some bonds forged and it’s quite interesting to see such progress in one book. Ward really paced this book out well, reaching all areas of the world and giving readers a wide scope of things without diluting any of the romances.

If you’re an Original Brothers junkie as I am, then you’ll be thrilled to know that MY BABY RHAGE IS HERE. Hallelujah! I don’t think I could have been any more happier when I saw the multiple POVs from him. Sitting up straighter, eyes going wide like lasers, I devoured all of Rhage’s moments. If you look closely, it makes sense to see him come to the forefront again in this book. And it broke my heart to see him so afraid, but again Ward handles his emotions with poise. I’m hoping she gives us more of him and Mary. They will always remain as my favorites.

Progress with Layla and Xcor are present as well. As are the Band of Brothers and Assail. Qhuinn’s brother, Luchas has some interesting things happening to him that also pulls on the heartstrings so THE SHADOWS is an all-around heartache waiting to happen. My advice to you is to have tissues ready. Lots of them.

And it’s not just because it’s all sadness. I cried like a sap at all the sweet, romantic bits too. Ward’s writing definitely puts your life in perspective, making you grateful for what you have. It’s poignant and touching and I wouldn’t change a single thing.

Interestingly, Ward introduces Paradise, the daughter to Abalone and the new heroine of her Black Dagger Legacy series, BLOOD KISS. She’s very, very likeable and I see remnants of Beth and Xhex in her so it’ll be interesting to see what her actions in the future will mean for the series. Her hero, Craeg is also introduced and I can tell he’s going to be another sweetheart. All of this makes me SO EXCITED. I cannot wait to return to the training with Tohr. I wonder if it’ll be like JM, Qhuinn and Blay all over again?

THE SHADOWS is not anything I expected. At all. Ward pulls off the twist of all twists, proving that she’s fearless when it comes to staying true to her characters. With the amount of emotions this book packs, your heart will surely burst. And if you’re like me, you’ll love every minute of it. 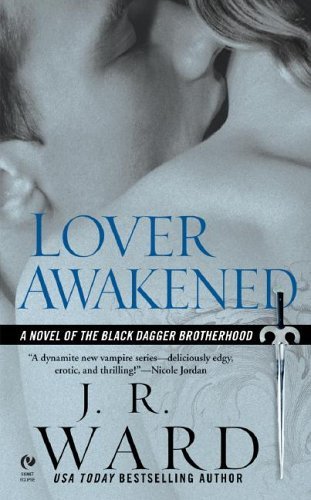 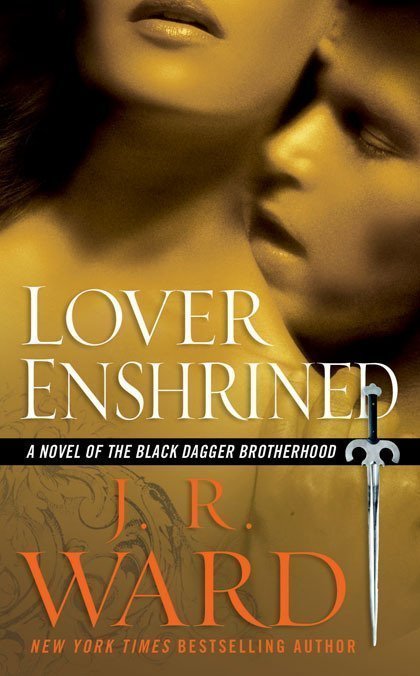 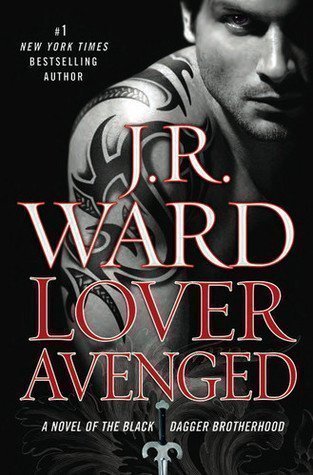 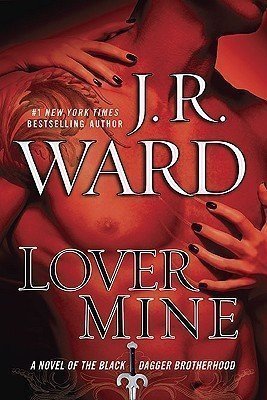 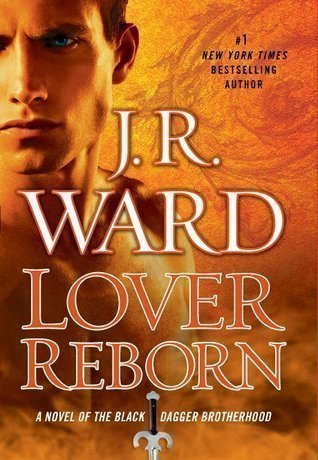 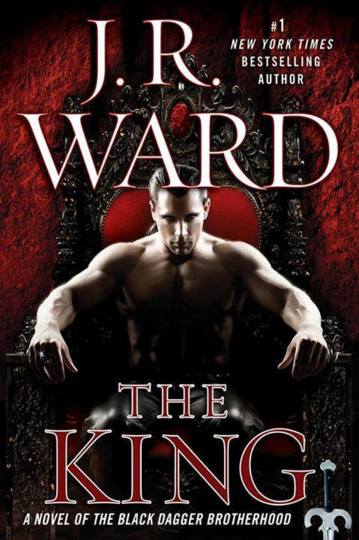 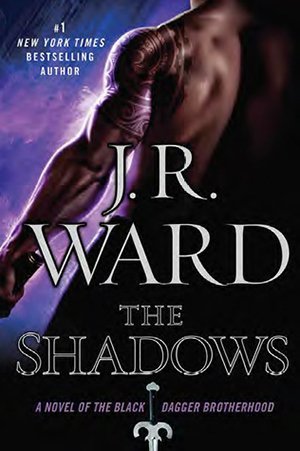 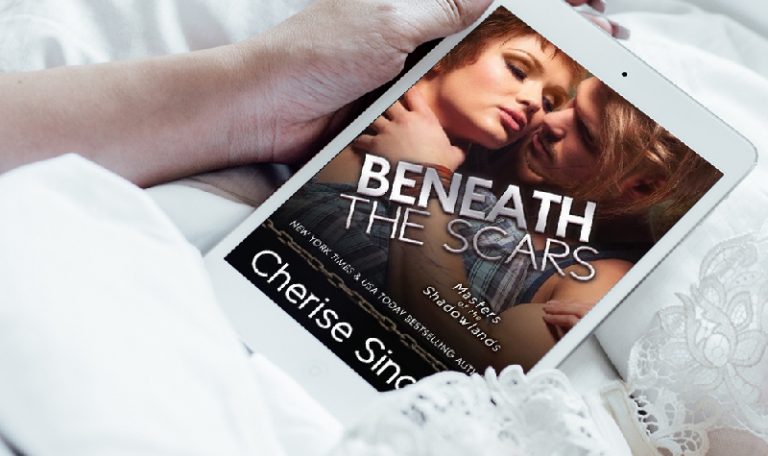 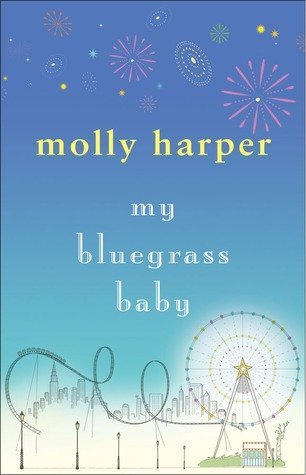 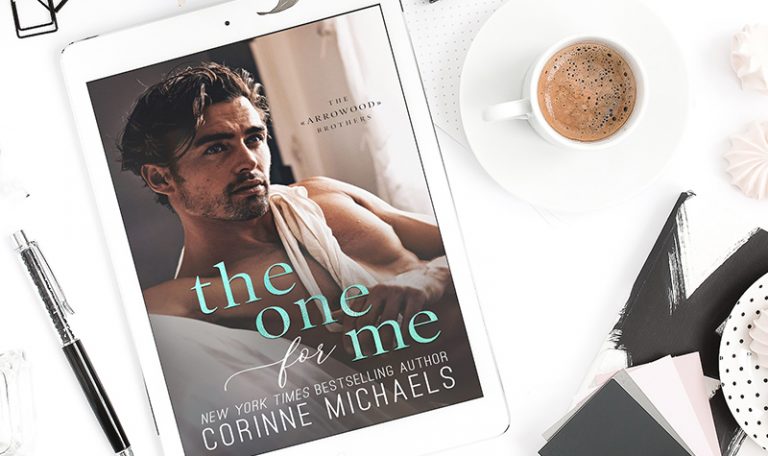 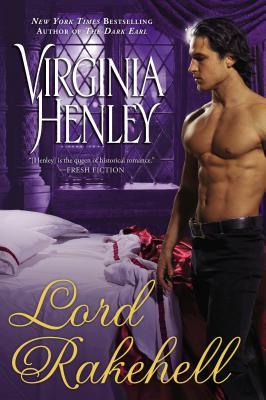 really awesome review!!! I read the spoiler that JR posted earlier today so I’m fully prepared for the book but now I’m even more excited to read it because of your review :)… particularly because we get some Rhage!!!

Thanks for sharing your thoughts!!!

Under the Covers Book Blog
Admin
Reply to  Victoria

Finally! Someone who isn’t afraid to read the book after the spoiler post. I’m very happy to hear you’re looking forward to it, Victoria! And I hope you enjoy it as much as I do.

Rhage is fabulous in this book! <3

Love me some Rhage! Thanks for the review Annie

Rhage makes me so happy!!!

Thanks for the awesome review. Can’t wait to read it. I haven’t been to thrilled with the last few books, so glad to see it is up to the earlier standards. I know about the spoiler and pretty much figured that was going to happen. Sad as it will be to read, glad it won’t be like another Jane ending.

Hi, Christina! I hope you enjoy it! And you’re right, it’s not easy to read however I think Ward handled the ending well, gave him the right amount of peace to keep the sense of romance.

I am sooooo looking forward to reading this!

Hey Elizabeth! Can’t wait to hear what you think!

You’re review put a smile on my face. I’m so glad that this book had huge impact.

Great review. I’m seeing some interesting conversation going on around Twitter. I’m trying desperately to avoid spoilers (thanks for not having any). I haven’t started yet, but I should finish my current listen (Total Surrender) tomorrow. This is next on my list. Should be interesting.

LOL Yes, best to avoid social media all together if you don’t want spoilers. I’m interested to know how you like the Zanetti book! Let me know!

Haven’t started this series yet but I’ve got numerous books in this series on my TBR pile.

Are you saying you’re new to BDB?! How fantastic! You have soo many amazing books to read!

I am about 50% in and I am now scared to death. Thanks! LOL! I am a huge fan of Rhage too so I was beyond excited to see him!

Just read comments. I didn’t know there was a spoiler. Now I am prepared. Tissues will be handy.

Yes, you def need the tissues 🙂

Best of 2015: Angela’s Picks – Under the Covers Book Blog