The last book that kept me up all night was Catch Me If I Can, by Liliana Hart. I’d been looking for a romantic suspense with a previously unread author, and I’m so glad I downloaded this.

The book revolves around Shane Quincy, an ex-FBI sniper. He saves the life of his beautiful next-door neighbor, Rachel Valentine, only to be thrust into the middle of a family squabble. Problem is, her family is one of the most powerful mob families in Chicago, and the new mob boss wants her dead.

From the first pages, Liliana loaded this story with action. And I love lots of action. The supporting characters rarely revealed their true colors to the hero and heroine and that added to the thrill of turning the pages.

I’ve since picked up her Addison Holmes series. Not as action packed as Catch Me If You You Can, but her characters jump from the pages and keep me reading way past midnight.

She’s on the run…

Brilliant art appraiser Alex Northrop’s ex used stolen art to fund his nefarious activities. Now he wants her dead. But it isn’t just herself she’s worried about – if he discovers who she really is, he’ll kill her family.

Professor Henry Chilton is shocked to find a beautiful stranger passed out in his bed, and even more so when she reveals a priceless painting is a forgery – the painting he’d planned to use to fund a woman’s shelter. She’s mysterious and frightened, and he is determined to discover why.

Alex’s knowledge of art is undeniable—just as Henry’s attraction to her is irresistible. But in order to help him recover the real painting, Alex isn’t just risking exposure…she’s risking her life. 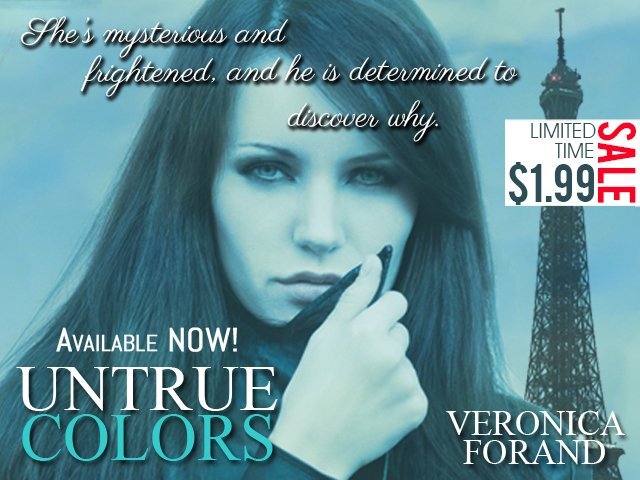 Alex grieved as she looked toward the Louvre for possibly the last time. She wrapped her arms across her chest and tried to steady her breath. Overhearing Luc’s plan to celebrate their four-month anniversary by murdering her had set off her own plan of running as far away from him as possible—not an effective plan, considering the monster sat within six inches of her in a car on the way to her death.

What began as a fairy-tale romance had morphed into a traumatic descent into hell. A glamorous job, a handsome client, a little romance, a perfect life, until she uncovered his deception. Luc was a crook.

And I was the gullible appraiser used to dupe art collectors and even small countries out of their valuable assets. What an idiot I was to believe his lies.

While his main henchman, Pascal, drove them through Paris, Luc held her hand in the back of the Mercedes like they were still lovers. They appeared perfect for each other, a

rich art collector and the young art appraiser who had fallen head over heels for him. Rugged good looks combined with an enormous amount of wealth made him an ideal catch for a woman who didn’t mind being beaten into submission.

Not me. I objected to every broken bone and every bruise on my body.

Luc, dressed in a thousand-dollar suit and wearing a sophisticated five-o’clock shadow across his chiseled features, seemed headed out for a night at the theater, not on the way to eliminate his girlfriend. Alex leaned away from him. She needed to get away. His free hand caressed her arm, rubbed her shoulder, and pulled her back toward him. Moving slowly, seductively, he wrapped his fingers around her neck and started to squeeze. He stared at her, observing her reaction.

“I promise I won’t tell anyone. I swear it.” She pleaded for her life, speaking French, the only language they’d ever used with each other. As his hand tightened, she gasped and struggled for breath.

Luc drew her face closer to his. His lips pinched together, causing the muscles in his neck to tense. “Liar.”

She struggled to pull away; his grip tightened. No longer able to inhale, her eyes watered and her vision faded. With nothing left to lose, she struck out at his face. He released her, but slapped her ear so hard, her head flew into the door. The pain ricocheted through her skull, leaving her numb for a moment.

She glanced out the window and saw salvation. As Pascal slowed for a turn, she opened the door and jumped. Her Chanel suit acted as her only protection when she hit the ground and bounced onto the road. Asphalt scraped

her skin with each rotation until she slammed into the curb. Pain rebelled in ribs not yet healed from her fall down Luc’s marble stairway. Car brakes screeched nearby. In seconds, they would be on her. She hobbled to her feet, sucking in huge breaths. Bystanders pressed around her, trying to assist, but she twisted away, her hands poised to fight anything that touched her.

She merged into the manic crowd entering the Gare du Nord at rush hour. Men and women in suits, groups of schoolchildren, and what felt like hundreds of tourists slowed her escape. With her passports tucked in a travel belt under her skirt and several hundred euros in her possession, she boarded the high-speed train for London and prayed he wouldn’t follow her. 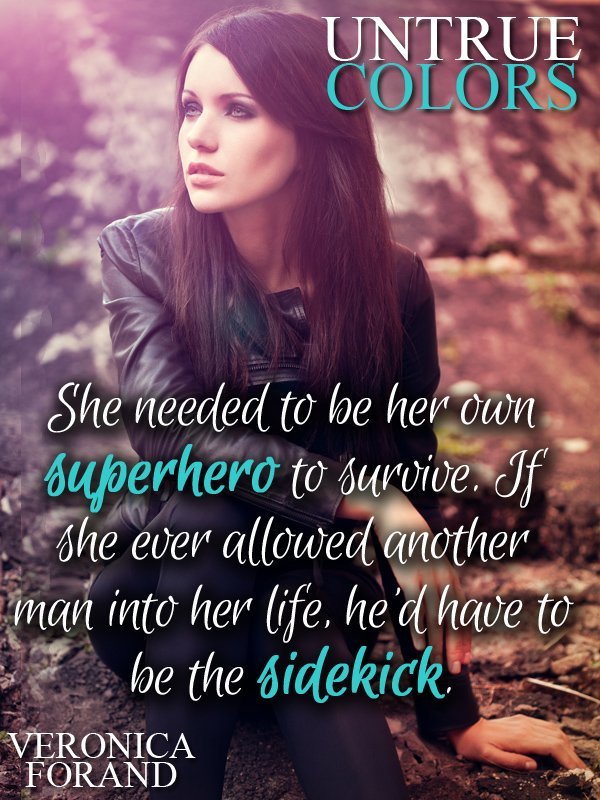 Veronica Forand is an attorney and an award-winning writer of romantic suspense. She's lived in Boston, London, Paris, Geneva, and Washington, DC and currently resides near Philadelphia. An avid traveler, she loves to roam across continents with her husband and kids in pursuit of skiing, scuba diving, and finding the perfect piece of chocolate.

Thanks for yhe excerpt

Thanks for the chapter one. It looks interesting!