I’m a newly converted fan of Tiffany Reisz. She is a brilliant writer that paints a fictional world that you can’t help but get sucked into. I started with first novel in the Original Sinners series, The Siren. My friends have been bugging me for years to read it but the description didn’t sound like my cup of tea. Books that are all steam and no character development leaves me empty inside. Imagine my surprise though when I fell in love with Nora Sutherlin. She has a wicked sense of humor that made me laugh out loud several times throughout. Not to mention, Nora’s hot younger intern, Wesley, who I can’t help but think, was modeled after swoon worthy Wesley from Princess Bride.  The Siren was by far the best novel I have read in 2014. If you give it a try, let me know what you think!

Luke and Marlene return in the follow up to the Amazon best selling novel, Love of a Rockstar

Marlene Parker got her fairy tale ending. Luke Anderson, her one and only love and their darling little girl are finally a family again. However, nobody said marrying a rockstar is easy. The media is out for blood, groupies are singing on Marlene’s front lawn and people are deeming her the new Yoko Ono. If that wasn’t enough, there is a wedding to plan and pies to bake. An expert in chaos, Marlene doesn’t get easily stressed. That is, until an unexpected pregnancy digs up old insecurities, potentially threatening the life she has worked so hard to gain.

Will Marlene and Luke vow to cherish and to hold forever?

Or was their story never meant to be?

To Cherish and To Hold is a novella. Not a full length novel. 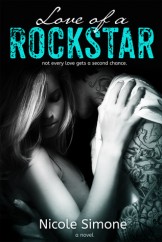 The group of girls that had been holding a vigil since the news broke Luke was quitting Five Guys was singing loudly and off key. In the past week they’d been camped out, they’d gone through Five Guys’ extensive song list. I wanted to shove extra thick cotton into my ears. Luke had almost called the cops but his manager had discouraged it. He said feeding the hungry vultures known as the media was just asking for trouble.

“That was never me. I was always just Luke. They chose to see me that way,” he said, referring to his fans.

“I’m not a goddamn Pepsi can.”

“No, you’re handsome, brilliant, an amazing dad, and the proud owner of Norma Jean’s. That will all come to light eventually. Be patient.”

Luke dropped the curtain and faced me. Endless love shined in his gaze. “I don’t know what I would do without you.”

“If I knew our future would be this….” My eyes darted out of the window to where Luke’s groupies continued to sing. “Or whatever the hell they wrote in some trashy magazine about our brilliant, adorable daughter, then I wouldn’t have been so apt to jump on the bandwagon.”

Luke flinched as if my statement physically wounded him. “Geez, don’t hold back or anything.”

I wrenched my hand away as I stood. It wasn’t his fault his career had an abnormally bright spotlight, but it also was. He chose the life of a musician. Nobody had forced it upon him. Fury blazed in my line of sight. I wanted to punch the reporters, the god-awful groupies who teased Luke with their cleavage, and whoever else messed with the second chance he’d been given with his family.

He raised an eyebrow. “You don’t run.”

Turning on my heels, my body hummed with pent up aggression, waiting and ready to be released. “I do now.”

That fiancé of mine melted my defenses like nobody else. While having Luke gone for a month sounded as appealing as a root canal, I would be a selfish idiot to force him to stay home. He’d made the ultimate sacrifice for Nil and me, showing us he wasn’t the same man. Therefore, I had to trust that the past wouldn’t repeat itself. Luke would come back to us. 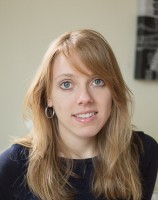 Nicole Simone works in digital media by day and at night, pen’s character driven romance novels that will make your mama blush. She lives in Seattle, WA with her fat bulldog named Humphrey.