The book that kept me going for an entire weekend until I finished the series was the Hunger Games. I’m kind of perverse in a I don’t read things that everyone is talking about until well after they’ve been talking about them forever. So I didn’t even pick the first one up until long after Mockingjay had come out. It was the first time I ever glommed an entire series on my iPad and man were my eyes tired at the end of it. Also, worn out from crying. I was devastated by the ending. We’re talking book hangover for days. Heck I still get choked up thinking about it when Katniss yells at Buttercup that Prem isn’t here. I mean, it’s just…it’s amazing. Collins wrote something so so powerful that clearly speaks to a lot of people.

Stay focused. Get a job. Save her father’s life.

Beth Lamont knows far too much about the harsh realities of life her gilded classmates have only read about in class. She’ll do whatever it takes to take care of her father, even if that means tutoring a guy like Noah – a guy who represents everything she hates about the war, soldiers and what the Army has done to her family.

Noah Warren doesn’t know how to be a student. All he knows is war. But he’s going to college now to fulfill a promise and he doesn’t break his promises. Except he doesn’t count on his tutor being drop dead gorgeous and distracting as hell. One look at Beth threatens to unravel the careful lies Noah has constructed around him. 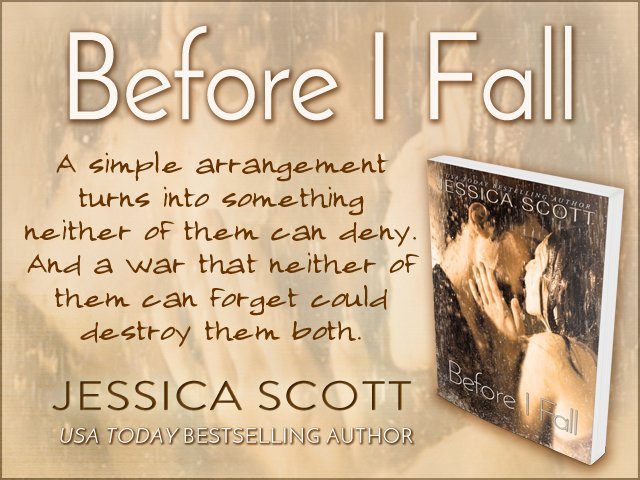 My dad has good days and bad. The good days are awesome. When he’s awake and he’s pretending to cook and I’m pretending to eat it. It’s a joke between us that he burns water. But that’s okay.

On the good days, I humor him. Because for those brief interludes, I have my dad back.

The not so good days, like today, are more common. Days when he can’t get out of bed without my help.

I bring him his medication. I know exactly how much he takes and how often.

And I know exactly when he runs out.

I’ve gotten better at keeping up with his appointments so he doesn’t, but the faceless bastards at the VA cancel more than they keep. But what can we do? He can’t get private insurance with his health, and because someone decided that his back injury wasn’t entirely service-related, he doesn’t have a high enough disability rating to qualify for automatic care. So we wait for them to fit him in and when we can’t, we go to the emergency room and the bills pile up. Because despite him not being able to move on the bad days, his back pain treatments are elective.

So I juggle phone calls to the docs and try to keep us above water.

I leave his phone by his bed and make sure it’s plugged in to charge before I head to school. He’s got water and the pills he’ll need when he finally comes out of the fog. Our tiny house is only a mile from campus. Not in the best part of town but not the worst either. I’ve got an hour before class, which means I need to hustle. Thankfully, it’s not terribly hot today so I won’t arrive on campus a sweating, soggy mess. That always makes a good impression, especially at a wealthy southern school like this one.

I make it to campus with twenty minutes to spare and check my e-mail on the campus WiFi. I can’t check it at the house – Internet is a luxury we can’t afford. If I’m lucky, my neighbor’s signal sometimes bleeds over into our house. Most of the time, though, I’m not that lucky. Which is fine. Except for days like this where there’s a note from my professor asking me to come by her office before class.

Professor Blake is terrifying to those who don’t know her. She’s so damn smart it’s scary, and she doesn’t let any of us get away with not speaking up in class. Sit up straight. Speak loudly. She’s harder on the girls, too. Some of the underclassmen complain that she’s being unfair. I don’t complain, though. I know she’s doing it for a reason.

“You got my note just in time,” she says. Her tortoise-shell glasses reflect the fluorescent light, and I can’t see her eyes.

“Yes, ma’am.” She’s told me not to call her ma’am, but it slips out anyway. I can’t help it. Thankfully, she doesn’t push the issue.

“Sure.” A job means extra money on the side. Money that I can use to get my dad his medications. Or, you know, buy food. Little things. It’s hard as hell to do stats when your stomach is rumbling. “What does it entail?”

Once, when my mom first left us, I couldn’t wake my dad up. My blood pounded so loud in my ears that I could hardly hear. That’s how I feel now. My mouth is open, but no sound crosses my lips. Professor Blake knows how I feel about the war, about soldiers. I can’t deal with all the hoah chest-beating bullshit. Not with my dad and everything the war has done to him.

“Before you say no, hear me out. Noah has some very well-placed friends that want him very much to succeed here. He’s got a ticket into the business school graduate program, but only if he gets through Stats.”

I’m having a hard time breathing. I can’t do this. Just thinking about what the war has done to my dad makes it difficult to breathe. But the idea of extra money, just a little, is a strong motivator when you don’t have it. Principles are for people who can afford them.

I take a deep, cleansing breath. “So why me?”

“Because you’ve got the best head for stats I’ve seen in a long time, and I’ve seen you explain things to the underclassmen in ways that make sense to them. You can translate.”

“There’s no one else?” I hate that I need this job.

Professor Blake removes her glasses with a quiet sigh. “Our school is very pro-military, Beth. And I would consider it a personal favor if you’d help him.”

She’s right. That’s the only reason I was able to get in. This is one of the Southern Ivies. A top school in the southeast that I have no business being at except for my dad, who knew the dean of the law school from his time in the army. I hate the war and everything it’s done to my family. But I wouldn’t be where I am today if my dad hadn’t gone to war and sacrificed everything to make sure I had a future outside of our crappy little place outside of Fort Benning. There are things worse than death and my dad lives with them every day because he had done what he had to do to provide for me.

I will not let him down.

She hands me a slip of paper. It’s yellow and has her letterhead at the top in neat, formal block letters. “Here’s his information. Make contact and see what his schedule is.” She places her glasses back on and just like that, I’m dismissed.

Professor Blake is not a warm woman, but I wouldn’t have made it through my first semester at this school without her mentorship. If not for her and my friend Abby, I would have left from the sheer overwhelming force of being surrounded by money and wealth and all the intangibles that came along with it. I did not belong here, but because of Professor Blake, I hadn’t quit.

So if I need to tutor some blockhead soldier to repay her kindness, then so be it. Graduating from this program is my one chance to take care of my dad and I will not fail.

Thanks for the excerpt. …sounds good!