Thanks for stopping by, Jillian and welcome to UTC! Congrats on your newest series, The Fenwick Sisters Affairs. Could you please tell us about this series?

Thank you for asking me to blog! The series is about four aristocratic sisters whose futures have been ruined by their father’s death and disgrace in a duel. For five years the sisters have struggled to survive and keep their crumbling Tudor manor. They are reclusive and protective of one another.

Where did you get the inspiration for this series?

I’m a huge fan of the upstairs/downstairs world, which I once lived in, and the interplay between governess and master in this book was fun to write. The Tudor period also fascinates me as do treasure hunts.

FORBIDDEN TO LOVE THE DUKE is the first book in the series. Please tell us more about Ivy’s character. What do you hope readers will enjoy about her?

Ivy is the first born in the family, the practical sister who makes decisions and acts upon them. She stands firmly on the ground until a duke sweeps her off her feet. What’s difficult for her is to take a submissive role to an alpha male because she was raised as an aristocrat and she’s accustomed to speaking her mind.

What can you tell us about the next book in the series?

This book is about Rue, the guardian of the manor, the third daughter who was supposed to have been born a boy and her father’s heir. Rue was raised as a rough-and-tumble girl and is the beauty of the family. An unexpected interlude in London with a rogue threatens her future. When she takes a position as companion to a viscountess, she yearns to meet him again, although she’s terrified of how her employer will react if Rue’s secret is exposed.

Since February is historical month at UTC, we want to know why you decided to become a historical romance author?

I simply loved reading historical romances so much that it felt natural to write them. I got hooked on them when I was a French major in college and read a series of historical romances called Angélique by a husband and wife team who wrote as Sergeanne Golon. The books might be regarded as bodice rippers today, but the romance was exquisite and the period detail vivid and enthralling. In fact, I convinced my French professor to include them in our curriculum, and she did — the French language versions, of course.

What do you think the Historical Romance genre has the other genres or subgenres within Romance don’t have that makes it unique?

Romantic Times once described me as an author who writes fairy tales for adults, and I think it’s the Once Upon a Time aspect of historicals that makes them unique. For me, anyway, it’s easier to suspend disbelief and yet become part of the story when modern-day reality is removed.

What are you currently working on right now?

Thanks so much for stopping by UTC and being part of A Scandalous Affair!

It was nice of you to invite me! 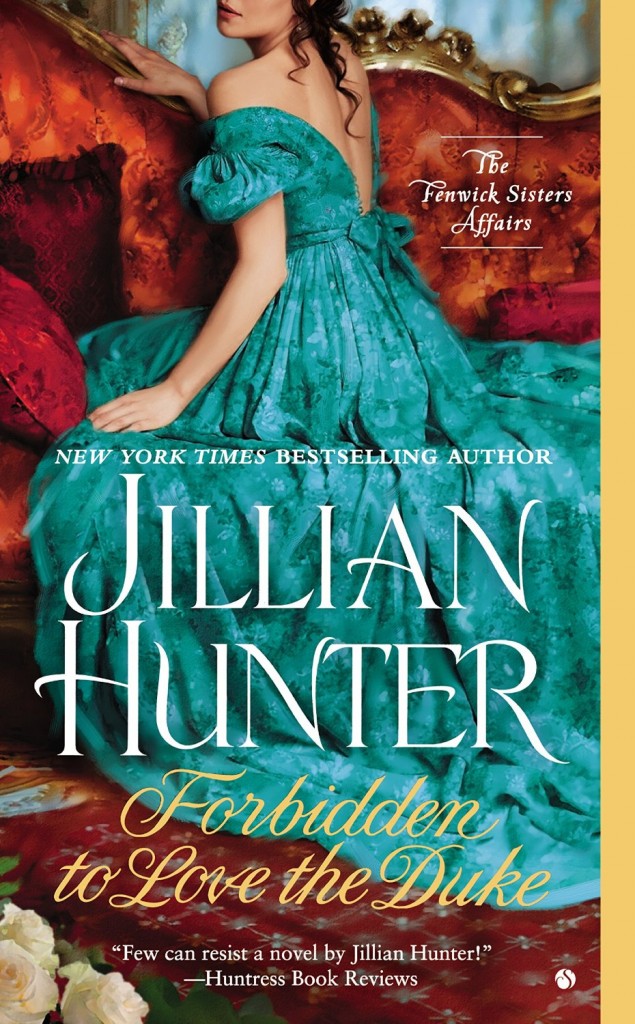 Hailed for her “wicked wit and exquisite sensuality” (Booklist), Jillian Hunter, the New York Times bestselling author of the Boscastle Affairs novels and the Bridal Pleasures novels returns with the Fenwick Sisters Affairs, her ravishing new series of four sisters bound by fortune, romance, and scandal….

Lady Ivy Fenwick is desperate. Since her father’s fatal duel, she and her sisters have sold off every valuable possession to make ends meet. With the manor stripped bare, Ivy has one last resort: Apply as governess to the Duke of Ellsworth’s wards.

James should have known better than to hire the desirable lady who had fallen on hard times—and who tempts him at every turn. As her employer, he tries valiantly to remain noble and not let a kiss they shared as strangers years ago entice him. Yet the more he learns of Ivy’s secrets, the more he wants her. And when another suitor proves aggressive, James is confronted with a challenge: Surrender Ivy or fight for the woman he’s come to love against all odds, knowing that it takes a scoundrel to trump a scoundrel. 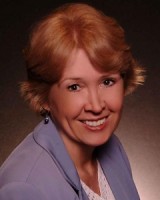 Jillian Hunter was born in Edinburgh, Scotland. She is a New York Times and USA Today bestselling author and has published twenty-eight novels and a novella. One of her pastimes is collecting tea sets and reading tea leaves to entertain her friends. She lives in Southern California with her family and two beloved dogs, a pug and a poodle.

Jillian Hunter is a new to me author.

I love the color of that dress!