Hi Courtney, welcome back to Under the Covers and thanks for being part of A SCANDALOUS AFFAIR, our historical romance month event.
Thank you for having me back!
You are participating in something quite unique this month. Several Romance of America writers have joined forces and have written stories to include in a romance anthology called PREMIERE. How did you become involved in this endeavour?

RWA put out a call for short stories. I read it and thought it sounded like a really interesting challenge.I had an idea for a short story, which I started writing….and I wrote about 2,000 words and realized that it was waaaay too long. I loved the idea for it (it eventually turned into “Talk Sweetly to Me“), but I decided to try again. So I started writing another short story. I wrote about 2,000 words, loved the idea…but once again, realized that to execute it properly I’d need a full novella (around 30,000 words, instead of around 7,000 words), and so shelved it, too. (It’s going to be HER EVERY WISH, in case you’re wondering.)I finally realized that I needed to pare down what I was thinking about: just one conflict, one thing going on in the story, one emotional connection I could focus on for 7,000 words. And that’s what became A Right Honorable Gentleman.

So I basically tried that, and finally felt like I had something that worked. I hope you do, too.

Can you tell us about your story, A RIGHT HONORABLE GENTLEMAN?

It’s a seven-thousand word short story about a governess who is working for the Chancellor of the Exchequer. His son is about to go off to school, and she’s not interested in hanging around twiddling her thumbs. So she tells him he’s leaving.

He finds himself reluctant to let her go.

Miss Catherine Hooks is one of the best governesses in all of England; her employer, the Right Honorable Edward Glennon, is one of the busiest men. The fact that they’ve fallen in love is immaterial. Honorable people in their situation do not mention such things. But Edward’s son is on the verge of leaving for school, and when Cat asks for the only thing she can demand under the circumstances—a reference and help finding a new position—she discovers that even a right honorable gentleman has his limits…

Can you share with us a short excerpt from the story?

A tremor ran through Mrs. Walters. “Oh, Miss Hooks.” She put her head in her hands. “He sacked me.”

The other woman shook her head. “This time? I’m not certain. Don’t go in there now, dearie—he’s in that dark a mood.”

Cat should have been afraid. She knew her employer’s moods as well as any of the eight servants that kept Mr. Glennon’s London home in order. But the thought of Mr. Glennon in one of his black, bitter moods sent a little thrill down her—one that had very little to do with fear.

“Come,” Mrs. Walters was saying. “He won’t have heard you. Creep back the way you came, and he’ll be none the wiser.”

The door opened abruptly behind them.

“She’s been summoned,” a deep, pitiless voice said. “If you’re going to gossip about me, have the goodness to do it belowstairs where I can’t overhear every word.”

Mrs. Walters winced. Cat turned to face her employer. The Right Honorable Mr. Edward Glennon stood in the doorway, towering above her. She saw his eyes first, black and piercing, his gaze as sharp and unforgiving as a blade of ice. His hair was salt-and-pepper, his mouth set in a frown. He saw Cat staring at him, and folded his arms over his chest.

“Well, Hooks?” he demanded. “Are you going to stand there like a dumbstruck puppy, or will you come in?”

Your stories are always smart and with some amazing heroines. What do you think is key when you write your heroines?

I don’t know the answer to this question! I have to identify with my characters. It’s very hard for me to write something where I don’t identify with the characters. And that sounds horribly conceited, because now I can imagine myself fluffing my hair and saying, “Well, but I’m smart and amazing!” But… okay, this is a woman thing. I don’t know about amazing, but I am smart. I feel badly saying that. But I think by any objective measure, yes, I am smart.

I also have to say that I have been extraordinarily lucky to have spent time around some truly extraordinary people. My sister is a MacArthur Genius grant winner. I clerked for Sandra Day O’Connor. I’ve worked with Nobel Prize winners. I’ve spent time around people who have changed the world instead of having the world change them, and I think that infects what and how I write.

In addition to this, you are set to release a new series in May called The Worth Saga. We are beyond excited about that! Could you please tell us about this new series?

It’s a series about a family that was ruined by their father’s treason and scattered around the globe. The series starts with Judith Worth, the eldest daughter, who has been trying to keep her family together with little property or money. 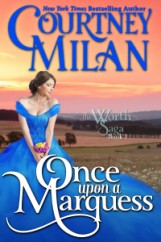 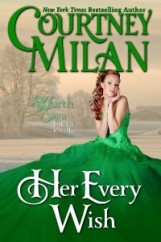 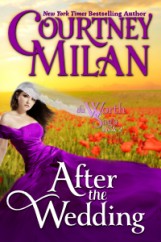 The last man Judith Worth wants to see again is Charles Trent, the Marquess of Ashford—the man who spent summers at her family home, who kissed her one magical night…and then heartlessly ruined her father. But when a tricky business matter arises, he’s the only one she can ask for help. With any luck, he’ll engage a servant to take care of the matter, and she won’t even have to talk with him.But Ashford has never forgotten Judith. He knows she will never forgive him for what he’s done, but when offered the chance to assist her, he arrives in person. His memory of Judith may have haunted him, but it pales in comparison to the reality of the vivacious, beautiful woman he rediscovers. Throughout his life, he has always done what is correct. But now, he finds himself doing something utterly wrong…falling in love with the one woman he can never have.

Beyond that, readers can expect…that at least one thing is exactly as it seems, and at least one other thing is exactly what it doesn’t seem to be.Anything you can tease us with?Er… I’m still at the stage in the book where almost anything could go, so I’m not sure I want to tease you with anything. Give me another month and hopefully I’ll have something.

Thanks so much for stopping again and …… 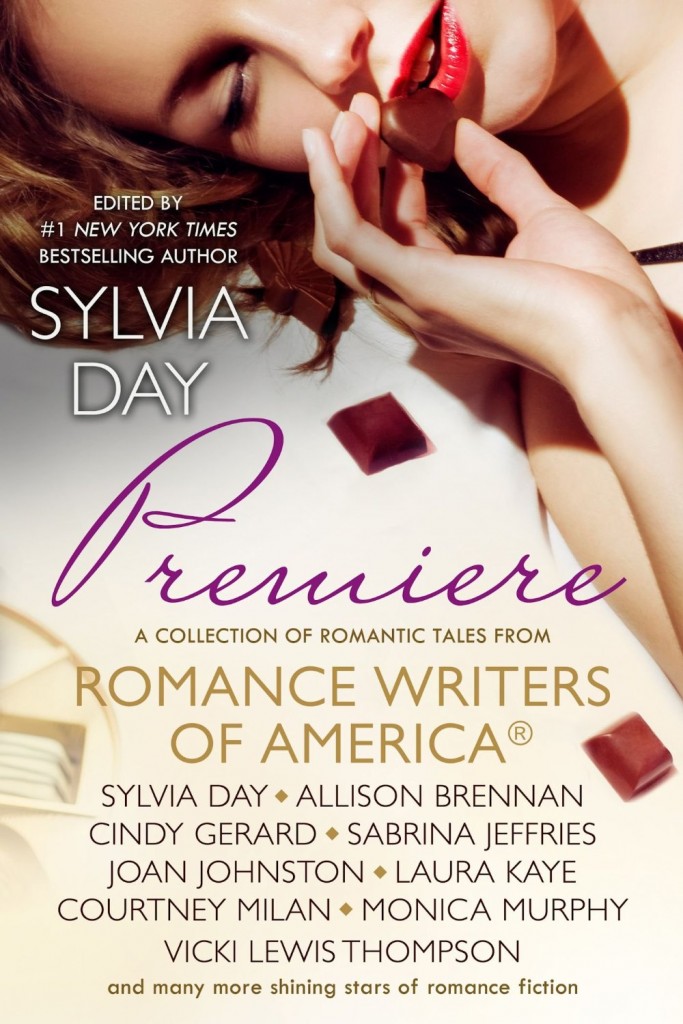 From Romance Writers of America® comes a never-before-published collection of tales that showcases the breadth and complexity of the world’s most popular genre of fiction!

New York Times bestselling authors Sabrina Jeffries and Courtney Milan take you on a trip back in time with lush stories of historical romance.

From the first love of Young Adult romance to tales of second chances, LGBT romance to the realms of the supernatural, contemporary to historical, suspense to inspirational, the genre of romance has a story for every reader and this blockbuster inaugural collection from Romance Writers of America showcases it all!