Risking It All
by Tessa Bailey

“RISKING IT ALL has to be [Bailey’s] strongest book yet.” ~ Under the Covers

RISKING IT ALL took me by surprise. I was honestly expecting some hot sex, as Tessa Bailey always does so well. But for the first time in the last few releases, I found that Bailey took the time with the story and developed her plot and characters well before throwing in the sex. I couldn’t be more happier for this!

As the first full length novel in the Crossing the Line series, Bailey presents readers with two tough characters that have very different personalities but the same beliefs. They carry themselves with an armor that keeps most people out. However, Sera and Bowen weren’t that different from one another and that’s wherein I thought the romance really worked between the two.

Sera wants nothing more than to avenge her brother’s death. This drive, this passion gives readers something to catch on to. It gives Sera a reason and I think in doing that it not only gives some depth to her character but also provides a path for the plot where Bowen comes in.

I don’t know whether this is because Bailey has written a longer book or because she simply she took the time on other aspects of the story, but RISKING IT ALL has to be her strongest book yet. Just when I began to doubt, the author pulls through and this makes me excited to see where the rest of the series is heading. 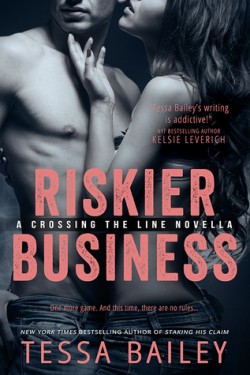 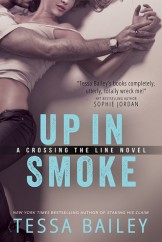 Thanks Annie I’m really looking forward to reading this!

I’m looking forward to reading this book, thanks for the review.