Welcome to Under the Covers! This is your first time here and we would love to get to know you more! Tell us 5 things about yourself that would shock us! 🙂

Thanks so much for having me today. Five things that would shock you, hm. I wear these really old, ratty jeans when I write. They are from my college days. I’m very superstitious and don’t allow anyone into my writing space for fear it messes with the energies. I love Mexican food. I have tattoos. Finally, my favorite color is yellow.

In a nutshell, what is the Revelation series?

The Revelation Series is a new adult paranormal romance that, at its core is a love story. It follows college freshman, Eve Collins and her supernatural brooding protector, Asher St. Michael, on their journey of forbidden love, sacrifice and self-discovery.

What is it about paranormal creatures that inspired you to write this?

I love the mythology behind them. That they were created to protect out of loyalty. And no, they’re not Angels :).

I adore Angels, Vampires and Gargoyles.

What are some of your favorite books?

Anything by Jane Austen, The Secret Garden, and currently Play by Kylie Scott.

If you could collaborate with any one author, who would it be and what would type of story would you write?

REDEMPTION is the third book in the Revelation series and is coming out soon! What can we expect to see in this latest book?

In this installment you’ll get to know the characters a bit more and begin to understand their motives and intentions. You also discover the story behind Asher’s piercing (winks).

If you could describe each of your main characters in one word, what would it be?

The fourth installment in the series, Revolution, is releasing in Spring 2015 and the fifth, and final book, Restoration, in Summer of 2015. I also have two stand alone new adult contemporary romance books that will release after this series is done.

Thanks for stopping by UTC!

Thanks so much for allowing me to be here. 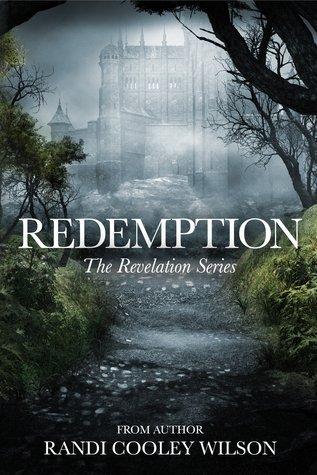 A LOVE RETURNS.
A LOYALTY IS BROKEN.
AND WAR BEGINS.

For Eve Collins, darkness has descended after her love vanished into the night sky. A new protector has been appointed, one who challenges everything she’s believed to be true.

In this third installment of The Revelation Series, Eve will become aware of dangers and worlds that exist only in her nightmares, and bloodline secrets that will trigger a centuries old war.

You can escape anything, except your destiny.

Readers captivated by Revelation and Restraint will become enthralled with Redemption. 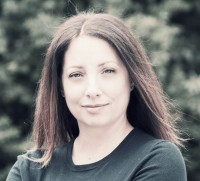 Randi Cooley Wilson is the author of both new and young adult paranormal/fantasy and contemporary romances. Her debut novel Revelation is the first book in The Revelation Series, which includes the sequel Restraint. After living in Southern California, happily bathed in sunshine and warm weather for fifteen years, Randi recently moved back to her home state of Massachusetts with her husband and daughter. She loves to hear from readers.

Great interview…thanks for the author and series intro

I lovr yellow and gagargoyles too!

[…] Thanks so much for having me today. Five things that would shock you, hm… keeping reading the interview here. […]

Read them all and love those gargoyles. I’m a Gage girl myself but Asher is pretty smokin with his naughty piercing…. 😉