Join our newsletter to be the first to hear our latest news! Learn More
Home / Reviews / ARC Review: Made For You by Lauren Layne

Made For You
by Lauren Layne

“For the entire book, I felt that Will and Brynn stayed exactly the same, the only difference being that they are having sex with each other by the end of the book.” ~ Under the Covers

MADE FOR YOU is my very first book by Lauren Layne. This is the second book in the Best Mistake series and revolves around the enemies to lovers trope.

Brynn has just turned thirty-one and at her own birthday party, we find her hiding in the toilets, trying to come to grips with how her life ended this way. Immediately I could feel for this character. But as I continued to read and I learned that she has a stable job that she loves, a boyfriend whom she hopes to marry one day and a sister who adores her, I wondered what Brynn had to really complain about. There are far worse things than not being engaged at thirty-one.

Will Thatcher, Brynn’s arch nemesis is at the party and it’s no surprise when they begin to insult it each other nonstop. And when I say nonstop, I really mean NONSTOP. Throughout the entire book, even at the end where they are supposedly falling in love, they bicker. And I didn’t see it as amusing or entertaining. Most of the time, I found it annoying with the few odd laughs here and there. The reason I felt this way was because from the start point and the end point, Will and Brynn do nothing to insult each other. There’s no natural progression to the romance at all. I understand that Will has loved Brynn from the very beginning of the book, but he has a bad way of showing it. For the entire book, I felt that Will and Brynn stayed exactly the same, the only difference being that they are having sex with each other by the end of the book. There’s nothing to indicate love or passion or even friendliness between the two. I was pretty disappointed because I really wanted to love this book.

The author infuses some flashback scenes to where Brynn and Will were a little bit younger and how their lives begin to intertwine. Again, it’s just them arguing with each other. What makes this different to the rest of the book? What do the flashbacks offer to the story?

Brynn goes on to have a “midlife crisis” as they call it. For her to go through that, it kind of made me disappointed in her because she had to change who she was in order to find happiness. Her break up with James may have triggered it, but the fact that she felt she needed to be “wild” in order to be happy kind of sends the wrong message I think. I wanted Brynn to remain her “boring old self” and still find her true happiness that way. As a result, I never really connected with Brynn’s character. 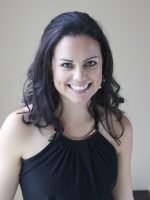 Lauren Layne is the New York Times and USA TODAY bestselling author of more than two dozen romantic comedies. Her books have sold over a million copies, in nine languages. Lauren's work has been featured in Publishers Weekly, Glamour, The Wall Street Journal, and Inside Edition. She is based in New York City.

Thanks for the review, I appreciate the honest opinions expressed on this blog.

Thanks for the heads up annie

I don’t know that I’ve ever noticed the BURN BEFORE READING in past reviews. It made me smile. Thanks for always being honest with us!

It’s been around forever but hardly ever gets used.

Oops. This is suppose to be my weekend read….. not sure now.