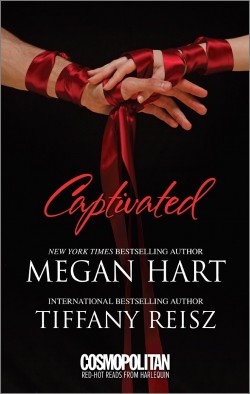 “CAPTIVATED contains two red hot and sensual stories for readers.” ~ Under the Covers

What can I say..Reading any Megan Hart story is like stepping into your comfy pair of pjs.  I’ve been getting burned out with a lot of the new authors I’m reading and it was refreshing and delicious to read something that hooked me from the first sentence and didn’t let me go until I finished the story.

Colleen is a divorced 30-something who had a bad experience in her previous marriage.  Her ex did a number on her self esteem, making her belief she was wrong in being a strong woman.  Made her think of herself as needy, and drove her to drink to “loosen up”.  She’s put all that behind her (mostly) but is still dealing with the emotional mess he left behind.

Jesse is a bartender, and is younger than her.  He’s been watching her come into the bar he works at every Thursday order a drink that she doesn’t touch and not pay attention to any come-ons.  But he’s been desperately watching because he’s drawn to her.  He comes with his own baggage but he’s a complete charmer.

It was interesting to see these two very opposite characters come together, first in their interactions and then in their sexual relationship.  There are a lot of layers to them that I wish we could’ve had more time to get under, but being a novella I think the author did a pretty good job at showing us what we needed to see.  Especially the internal struggle that Colleen had to go through in letting go of her past preconceptions of what she was and how she was wrong.  And accepting who she is and what she wants.  Wanting and needing being different.

LETTING GO is a bit darker and not a happy story.  No worries, there is an HEA.  But as always with Megan Hart, things aren’t always easy and sunshine leading up to that.  I think this story suffered some by being short but I still enjoyed it a lot.

You can tell when a writer is having fun with their writing and I think that’s the case with SEIZE THE NIGHT. The story is one sex joke after the other but man, I can tell you I was laughing out loud for a lot of them. Reisz just has a great sense of humor and I love that she puts that into her books. In addition to the funny bits though, there’s also a sad/dark side to this book concerning Julien. I didn’t expect it, but I also shouldn’t have been so surprised by it. It’s not like Reisz to write something without substance.

Though SEIZE THE NIGHT is a sexy Contemporary Romance about a love match between two people from competitive horse-racing families. Enemies because of one bad mix up, Remi and Julien need to overcome more than just their lost time together. They need to convince their families that they care about each other and help figure out what kind of fraud is happening between their families.

There’s another thing I need to mention. I don’t think the book would have been as fun as it was without Merrick. He’s Remi’s assistant, but he definitely is more to that too. He’s her best friend and it’s really nice to see all the crazy situations he gets himself into. For a second there in the beginning, I thought Remi and Merrick would be a great pair because they have such great chemistry.

All in all, if you see a new book from Tiffany Reisz out, just pick it up. You don’t ever be disappointed.

Q & A with Tiffany Reisz:

Hey Tiffany! Thanks so much for coming back to UTC! I’m surprised you aren’t tired of me yet! SEIZE THE NIGHT is a new Contemporary Romance short story featuring two people from horse-racing families. How would Remi or Julien describe this story?

They would describe it as the weird way they told their parents they were dating. Considering their parents hated the other family, they had to go to rather amusing extremes to break the news to them and make it very clear that no parental interference would be accepted.

Remi and Julien are caught in a very compromising position that sparks a feud between their families. Have you ever done something that caused a whole lot of trouble we weren’t able to easily fix after?

Oh yes. Especially back in my college days. But college is a good time to screw up. It’s like spring training. Important to figuring out what you’re good and not good at, but doesn’t actually count as wins or losses in the season of your life. Can you tell I’ve been watching the World Series with Andrew?

Merrick, Remi’s assistant adds so much humor to this story. Why was this important for you to have in this novella?

Shakespeare is funny! There’s a great moment in the life of a lot of young writers when we see our first Shakespeare play performed live (or a movie) and realize Damn! This guy’s hilarious! I must have watched Kenneth Branuagh’s “Much Ado About Nothing” film a hundred times. And it makes me laugh every single time. In Romeo & Juliet, the character of Mercutio (Romeo’s best friend) is a massive scene stealer. Shakespeare supposedly said he had to kill off Mercutio lest Mercutio kill Romeo & Juliet. Well, I loved my Mercutio character Merrick and kept him around. For Original Sinners fans, he’s like a male Nora, if that gives you any ideas. If you do an homage to Shakespeare that doesn’t include humor, you’ve missed the point. Plus it’s just fun writing a character like Merrick who has no filter and says whatever weird, dirty thing that’s on his mind.

Since this story is heavily steeped in the horse-racing business, did you have to do a lot of research for this story? Have you ever ridden a horse before?

I’ve ridden horses a few times. But I’ve lived in Kentucky all my life and Central Kentucky/Lexington is the Horse Capital of the World. One of my best friends is a rider and the daughter of a large animal vet who treated lots of race horses. So she helped me with a lot of the horse stuff.

What’s next for Tiffany Reisz? 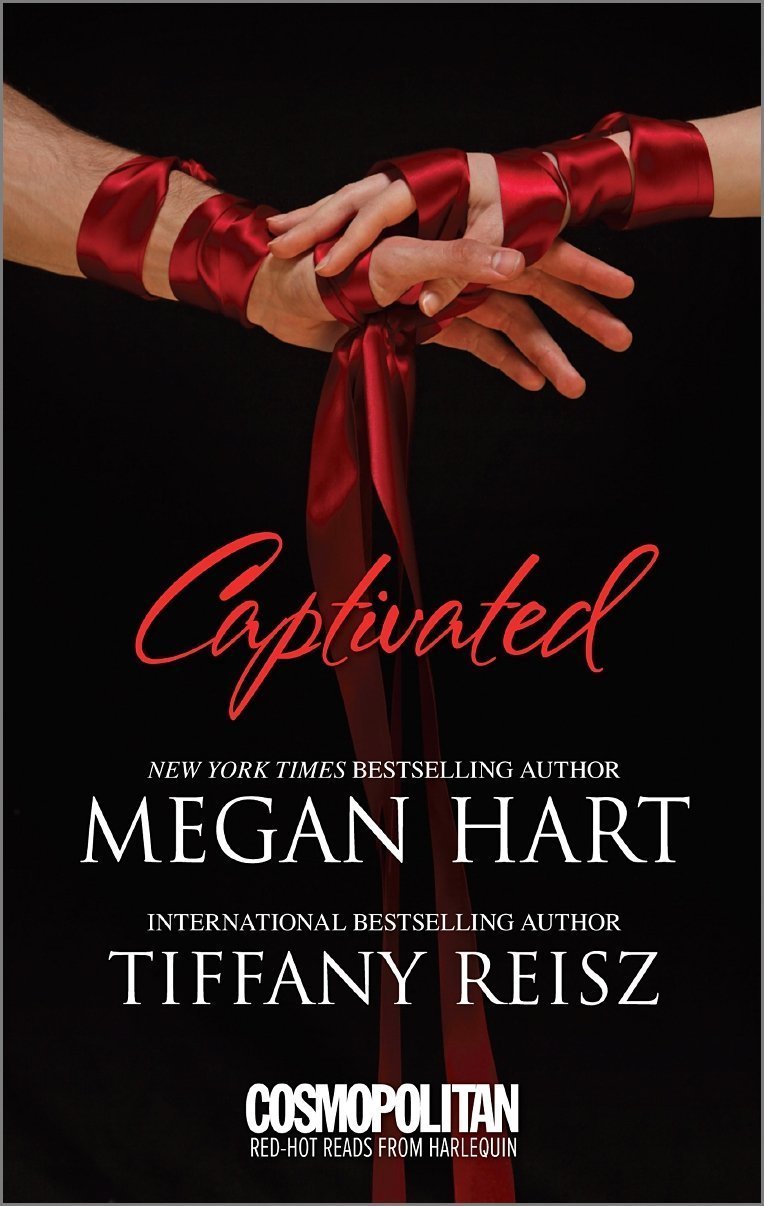 LETTING GO by Megan Hart
Colleen goes to the same bar every night and orders the same drink: a whiskey, neat. She doesn’t drink it, though. Jesse the bartender notices the beautiful, sad woman who keeps to herself. Until one night when she lets go and lets him in. And after that, Jesse has only one mission–to show her one night is only the beginning.

SEIZE THE NIGHT by Tiffany Reisz
Four years ago, a night of forbidden passion between Remi and Julien, the heirs of two powerful and competitive horse-racing families, led to a feud that is threatening to ruin both farms. Now Remi must find Julien again, but when she does, her need for Julien is just as strong and just as forbidden.

Thanks for the review and Q&A

Thanks for the review and Q&A, I really want to read these.