Hi, Heidi! Thank you so much for joining us today at Under the Covers to discuss your next release, Fever Pitch, your second novel in the Love Lessons series – yay!! We’re so very happy to have you here!

Happy to be here! Thanks for having me.

What was your inspiration for Fever Pitch? Did it just come to you after Love Lessons? Did you always intend for Love Lessons to be a series?

Fever Pitch was supposed to be a standalone book. I wanted to write another college-set new adult, and I meant it to be something to give my agent to play with, and then Walter Lucas walked in and glued himself to the story. I thought, okay, so there are two in that series. Now there are like five, possibly six.

Originally the story was supposed to be about these guys who hooked up in their small town, broke apart, then ended up at the same small college. I wanted them to be from different sides of the tracks, to have it be about the friction of opposites. A lot of that held true, but then Walter waltzed in, I moved the story up to Minnesota, and the rest pretty much laid itself down.

I love that all your characters are not perfect god-like creatures – that Giles had some physical quirks but that Aaron thought were adorable. What is the inspiration for how your characters look? Do you see pictures that help along the way, or do you see them clearly in your mind without any extra help?

For Giles specifically I got hooked on a stock photo. I really like quirks in characters, things that make them real. In my experience, model-perfect men and women are pretty only on the outside. Pretty people who don’t know they’re pretty or have other demons giving them character are more interesting, but by the opposite hand, regular joes or janes, or people who look like a hammer hit them in the face can still make you sing in the dark, if they know how to drive. So Giles’s picture helped me see him more clearly, but I always knew he was going to come with flaws that made him fight a little harder against the grain of life.

In a similar vein, where do you get inspiration for the personalities for all your characters? You give them such distinct voices and personalities, they are all so individual, which is wonderful! Do they just all appear in your head?

Pretty much, I have to say. They emerge out of a kind of soup, and we sort of chat a bit, sometimes literally on the page, sometimes with them pinging when I hit the right image or song or backstory. Usually everything starts to solidify for plot and character when I get the collage and soundtrack right. I stare at my monitor and blast my noise-cancelling headphones until I start to see them clearly. They feel pretty real to me by the time we’re done, and when I hit the last proof of the print galley, I’m sad because I know it’s really over. (I just did that on Fever Pitch, in fact.) I can still visit with them, especially when they’re in a series, but it’s never the same as working on their novel. It’s like you pull things out of the muck, dress them up, then stand in the wings while you watch them waltz, half-misty and weepy, half-terrified you got their outfits wrong and they’ll trip. It’s always a ride and a half.

Thinking about it, though, you do have two characters who remind me a lot of each other (and that is NOT a bad thing). 😉 They are amazingly loyal and unapologetically fierce when it comes to making sure their loved ones are being treated well. You know who I’m talking about – Walter and Randy. *le sigh* You’ve said in previous interviews that Randy talks to you a lot. Does my boo – er, I mean, Randy – now have to compete with Walter for your head space? Is Walter as talkative as Randy is? Feel free to talk about both ad nausem. We won’t mind. 🙂

You know, actually Walter doesn’t say much at all. I don’t know why that is, but he has never directly said anything to me. Randy and Sam say plenty, and Emmet NEVER hesitates to give me a talking to. Elijah likes to pretend he has nothing to say, until I get things wrong (writing his book now) but Walter and Kelly? Dead silence. Frankly, Aaron and Giles don’t say much either. Aaron a little, but…huh.

Randy, however, says hello, winks, and slaps your ass.

Back to the MC’s of Fever Pitch, even with some bumps in the road (pretty big ones, too), Giles and Aaron were so great for each other. They got off to a rocky start, and then when Aaron was trying to start dating, he had a moment with a great guy, but not his ultimate HEA. Can you give us your insight on how and why Giles and Aaron found their way back to each other and eventually worked so well?

The thing I always wanted to explore in this story was the idea that sometimes we aren’t ready for our HEA. Whether or not you go in for the one-and-only right person, initially Giles and Aaron are not ready for each other. They both fuck up their initial encounter, thinking too much of themselves and not enough of the other party. They both continue that until they bumble back into each other, and then in my mind they do it right by taking it slow and putting a friendship underneath them first. They do that because they’re terrified, not because they’re smart, but that counts.

From word go, they were right for each other in the abstract, but they were in their own way. Giles wanted to feel strong and wanted and special, and Aaron wanted to feel cherished and supported. Giles wanted to lead, Aaron wanted to follow. They were right the second they saw each other in study hall, but they were too untried to see what they had in front of them. In my experience, this is the sad story of life. We miss a lot because we’re afraid of being vulnerable, and when we let our guard down we do it in the wrong places at the wrong time and basically verify why we should stay home and not try. That was the fun here, orchestrating their lives so they unfolded just right to let everything work out. If only we had that in our real lives. I think we do have a small version of that, but nothing this clean. This is why we go to fiction, because real life is so horribly real and disappointing.

In your acknowledgements, you let your fans know that yes, there will be another book following Fever Pitch – YAY!!! Do you have a title for it yet, and can you tell us who it will be about, or is that a secret?

Book three is called Lonely Hearts, and it will be out next summer, possibly July, possibly August. That part is still a bit squishy. It’s about Baz and Elijah, but I can’t tell much more than that.

You had a lot of great characters in Fever Pitch that I’m sure we’d all love to see more of. Even if not MC’s in your next book, any chance we might get to see some more of these fabulous guys and gals?

Honestly, I have at least five books, possibly six fleshed out in my head. Book four will be my first lesbian romance, and book six will feature a straight guy (who you meet in FP, but I won’t say who) who falls in love with a trans girl. (Okay, he’s a man and she’s a woman, but they’re all babies in my head. I’m too old.) What I’m not sure about is if there will be a sixth book, which would be straight. Normally I don’t have much to say there, but Brian is such a fantastic geek it almost doesn’t count. And I already know who he marries. It depends on how much conflict they generate. Probably a novella at the very least.

How about Giles and Aaron? Any chance we’ll see them in Love Lessons #3 so that we can check on how they’re doing after their HEA? Oh yeah, and Walter, too? 😉

In the 30k I have written, they’re all there, though part of the book is a road trip with just the MCs. But I will tell you there’s a blow job in the back of a Tesla.

Can you tell us what’s coming down the pike for you? Any new books we have to look forward to?

I have a very full plate, which is why you will likely see me at few if any cons next year. After Fever Pitch I have Sleigh Ride, book two in the Minnesota Christmas series, out in November, a rewrite of Sweet Son called (I think) Monsters in the Dark, out in February. Carry the Ocean, a new adult novel about a young man with autism falling in love with a young man with depression and anxiety, will be out in April 2015. Then Lonely Hearts in the summer, and Clockwork Heart, a steampunk novel out in the fall with the yet-unnamed Minnesota Christmas book three out for Christmas 2015. While you’re reading all those I’ll be writing a sequel for Nowhere Ranch, weaving Dance With Me into books 4-6 of Love Lessons, and God only knows what else.

Thank you so much, Heidi, for joining us today – it is a pleasure as always. 🙂

Thank you for having me! <3 Sometimes you have to play love by ear.

Aaron Seavers is a pathetic mess, and he knows it. He lives in terror of incurring his father’s wrath and disappointing his mother, and he can’t stop dithering about where to go to college—with fall term only weeks away. Ditched by a friend at a miserable summer farewell party, all he can do is get drunk in the laundry room and regret he was ever born. Until a geeky-cute classmate lifts his spirits, leaving him confident of two things: his sexual orientation, and where he’s headed to school.
Giles Mulder can’t wait to get the hell out of Oak Grove, Minnesota, and off to college, where he plans to play his violin and figure out what he wants to be when he grows up. But when Aaron appears on campus, memories of hometown hazing threaten what he’d hoped would be his haven. As the semester wears on, their attraction crescendos from double-cautious to a rich, swelling chord. But if more than one set of controlling parents have their way, the music of their love could come to a shattering end. 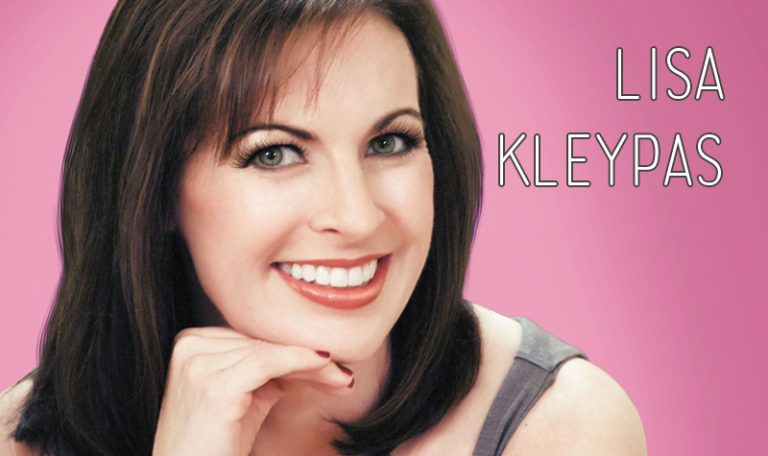 I really enjoyed books 1 and 1.5 and I’m looking forward to Fever Pitch.

I enjoyed reading the interview, especially the WIP section as I have already pre-ordered Minnesota Christmas Bk2, very excited by the the sequel to Nowhere Ranch and really looking forward to all the new titles as well… 😀

Thank you for the chance to win some wonderful prizes and all the interesting insights and information on this blog tour.