Join our newsletter to be the first to hear our latest news! Learn More
Home / Reading on the Dark Side / Nalini Singh Book Boyfriend Battle: Team Obsidian – Round 3

In the right corner, and taking a break from ruling the heavens, we have the incomparable Archangel Raphael.

What Under the Covers is saying about Raphael:

As one of the cadre of ten, Raphael reins as one of the most powerful and dangerous archangels of the world. Wings the distinct color of soft white dusted with gold, they offer a beautiful distraction that tempts and teases but also serves as a warning of his immense power. Raphael evokes fear in many, and rightly so, as his abilities are rarely fully showcased unless provoked. The last thing you want is to piss off the Archangel of New York.

“A naked blade sheathed in velvet, that was Raphael’s voice.”

What the fans are saying on why they love Raphael:

“Because Elena is the only thing that could stop him from razing the world, if necessary. Utter devotion.” ~ Jennifer Myers

“Raphael = Total domination over everything, except his heart which Elena holds utterly.” ~ Kati B. 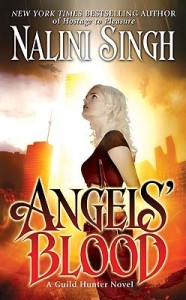 In the left corner, we have Kaleb Krychek.  He needs no introduction… just the most powerful man in the Psy Council.

What Under the Covers is saying about Kaleb:

I am at this point speechless.  Yes, we’ve gotten to my main man.  And the best thing I can say about Kaleb is one word…intense.  He is ruthless in the pursuit of what he wants and won’t leave anything or anyone who gets in his path standing.  And what he wants is Sahara.  Focusing all that intensity on one woman is just mesmerizing.  Ms. Singh pens some amazing heroes, but Kaleb is it for me.

“He would do things for her he’d do for no one else, but while he’d empty the sky for her so she could spread her wings, fly, he would not set her free. She belonged to him, would always belong to him”

What the fans are saying on why they love Kaleb:

“Any man who would destroy the world simply because you’re not in it, is ultra sexy.” ~ Christina Holt

“He can literally shake your foundations with his love and emotion just for you.” ~ Wendy Ward 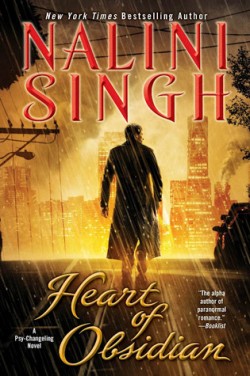 Don’t forget to vote in Round 1
And Round 2

Oh, damn. I can’t choose. Both hold my heart

Good lord, I have to choose between them?!

Again, I didn’t read about Kaleb so it’s easy for me to choose… I thought that Kaleb is a bad person… I’m still waiting for polish translation 🙁 I’m reading about Riaz now 🙂

I’ve not read Kaleb’s book yet so this was easier for me. The fact that I’ve had so many books to fall head over heels for Raphael also helps LOL

Wow, this is a hard one!

It is a hard question but Raphael forever.

This is the toughest choice for round one IMO – but Kaleb is the king of my heart 😉 Please show him some more love! I have NEVER read such devotion and fidelity. Ever.

This battle is going to be close.

I’m not very fond of the archangel as I am of his seven, so Kaleb for me!

David Gandy, one of the most sexiest men in the world and I love how so many choose him to be their favorite BBF. He also makes a great Kaleb.

Raphael is my favorite.

Kaleb all the way

Oops, meant to add the contest is called Team Obsidian 😉

Don’t know how I missed this one?! Hard choice, but I would have picked Kaleb.