The Top 10 Reasons Hockey Players Are the Sexiest Athletes
By Melissa Cutler, author of Risky Business

What do you call a soldier wearing ice skates? A Bomb Squad team member, that’s what! Bomb Squad is the name of the men’s league ice hockey team that Theo, the hero of my latest contemporary romance, Risky Business, plays on. The team is only open to veterans who have been wounded in combat, and, because of that, the team members have formed a strong brotherhood that I’ll be exploring throughout the series. First, let’s talk about the top ten reasons why ice hockey players are so damn sexy…

10. With all the layers of padding and clothes they wear on the ice, they always win at strip poker.

9. Hockey can be aggressive and brutish, but gliding on those skates takes a lot of finesse. Hello, The Cutting Edge, which is one of my all-time favorite movies. “Toe pick!”

7. Hockey players exude so much animal magnetism that when they dress up in a suit or tux, they look more like wolves in sheep’s clothing. (Seriously. Have you ever see pics of pro hockey players dressed in suits?) Go Google it. We’ll wait. J

5. Goaltenders are badasses who don’t flinch when hard rubber pucks come flying at their faces at 100mph.

3. Body checking is part of just another day at the office

2. They’re honing their “puck-ing” skills while other athletes are too busy playing with their balls (I couldn’t resist, lol)

And the Number One Reason that Hockey is the Sexiest Sport…

Theo assumed a seat in the penalty box, his body dripping sweat, his eyes pointed forward, never once turning his head her way, which was fine with Allison because she had no idea how to respond to him.

What expression did one give to an employee crush who hated your guts as he sat in a penalty box? She could flip him the bird. That would probably be the most appropriate gesture, given their relationship. Actually, she knew what would annoy him the most. A wave and a thumbs-up, something peppy and friendly. That would really get him. She rose, her arm around a sleeping Katie in the baby pouch, ready to make her move.

Then Theo was on his feet, his mouth guard back in. He looked her way, his expression aggressive, his whole being radiating a brutish virility. Her toes curled in her boots. She may have stopped breathing, but she wasn’t sure because all she was aware of was how utterly, deliciously turned on she was as she watched him shoot out of the box and back onto the ice.

She’d thought she wanted a man to look at her the way Brandon had looked at Harper, but forget about that. This was what she wanted. She wanted to be looked at the way Theo had just looked at her, except by a man who wanted her. A man who did that right before he pinned her to the wall, ripped her clothes off, and gave her the hard, passionate sex she’d been missing out on her whole adult life. Oh, yes. That was exactly what she needed.

(I love that scene so much! That Theo… *swoon*)

Even if you’re not a hockey fan, Risky Business is the book for you because it’s a sweet and sexy contemporary romance, first and foremost. You’re going to love Allison, the woman who crash lands in Destiny Falls, New York, and wins Theo’s heart. Guaranteed! 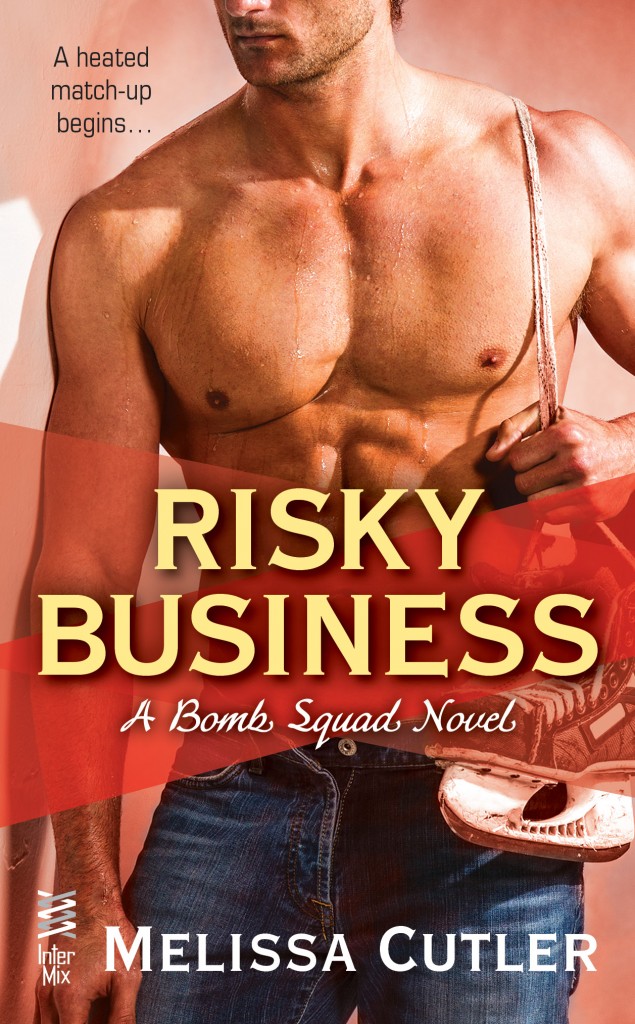 Welcome to Destiny Falls, New York, home of Bomb Squad—an ice hockey team full of rugged military heroes. But the season’s biggest match-up isn’t on the ice as one of their own prepares to go head to head with his new boss…

Allison Whitely’s ex left her with a mountain of debt and Cloud Nine, a struggling boat rental business. With zero job skills, her only hope of getting back in the black lies in a brooding ex-soldier who has her seeing red…

Theo Lacroix’s teammates are counting on their star player to help them win an upcoming high profile hockey game. But when a sexy tornado of a woman sweeps into town and expects him to help her with Cloud Nine, Theo is tempted to skate away from it all.

Theo vowed to never again be someone’s knight in shining armor, but his feelings—and desire—for Allison are becoming harder to ignore. He longs to save her, but to win Allison’s love, he’ll have to throw out his old playbook and take the ultimate risk…playing from the heart.

I’ve got a special treat for one lucky commenter. My reader friend Jackie has created handmade wallets with all three Bomb Squad book covers on them. I took the liberty of adding a $10 Starbucks gift card into the one I’m giving away on this blog today. For a chance to win the wallet and gift card, please comment on this post and let me know some other types of athletes that YOU find sexy. 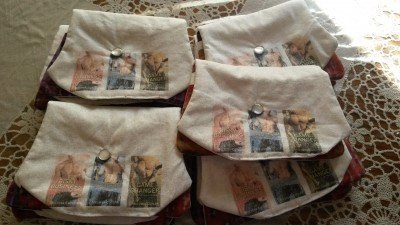 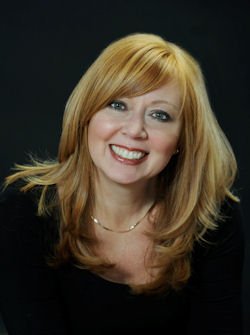 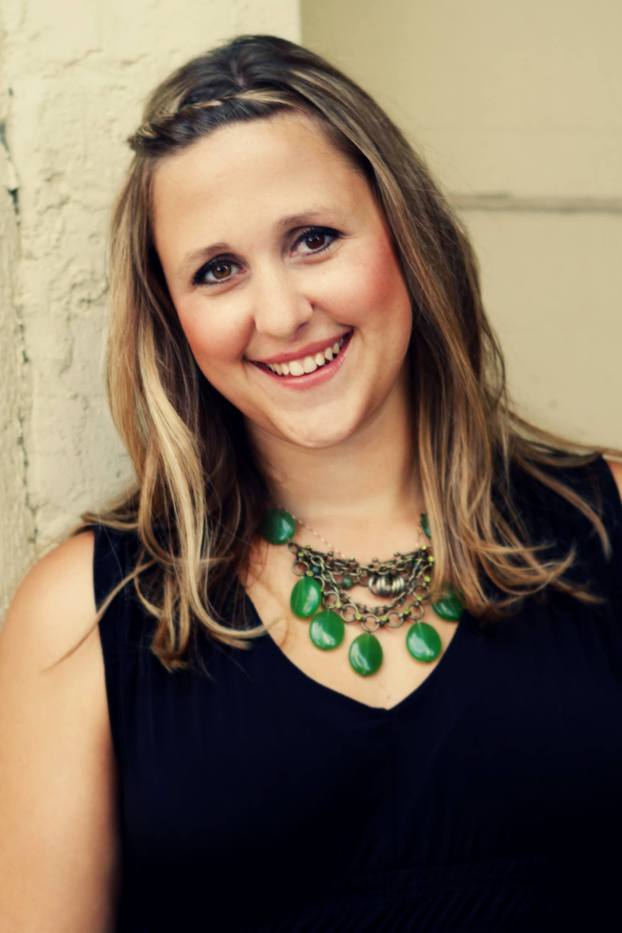 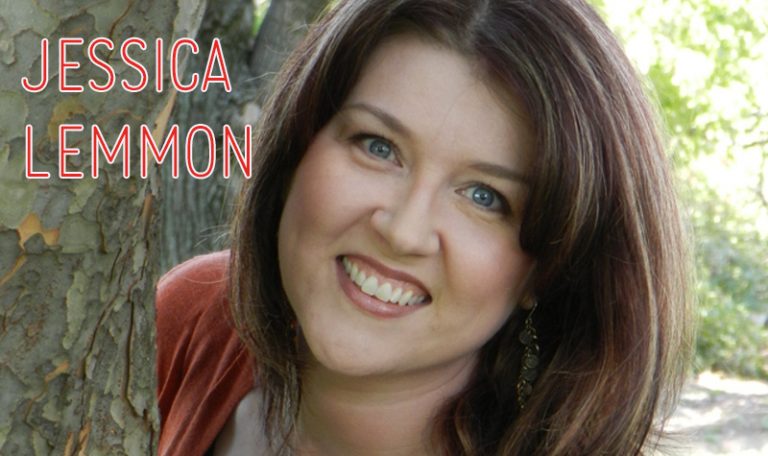 Football players!! This book might just turn me into a hockey fan!

I really wasn’t sure about a book about a hockey player since I know very little about the sport, but it was a great book and I am looking forward to the next two.

Basketball players are sexy so too are swimmers

Hockey is my favorite sport and I’ve added this series to my wishlist.

I’ve always had a thing for baseball players. but race car drivers are pretty hot as well.
Thanks for the chance. Those wallets are CUTE!!!

Don’t laugh too hard, but…golfers. Dang, but they get to dress well. 🙂

I love hockey players and football players. And swimmers too when I think about it. Any sport that makes them sweat or wet 🙂

Thanks for weighing in on the sexiest athletes, everyone! I’m loving these answers and getting a lot of great inspiration for future books. I could totally see myself writing a baseball, football, or rugby book someday. I love Irma’s way of thinking: “any sport that makes them sweat or wet” Amen to that!!!

I knew you would agree 🙂

I think football players in their tight pants are hot!