“UGLY LOVE is emotionally charged and an angst ridden relationship that develops slowly, chipping away at the iceberg that has taken over Miles heart.  It still has all the markings of Colleen Hoover’s beautiful writing, and it was still a story that I enjoyed reading.  But it wasn’t my favorite by her by far.” ~ Under the Covers

I can hear your gasps from all the way over here.  As you may know, I’m a huge fan of Colleen Hoover.  I think her writing is superb and can really weave a magical tale.  I felt drawn in by UGLY LOVE at the beginning, and quite frankly I loved it.  I was intrigued by the drama and angst and wanted to uncover all the secrets.

Tate, our heroine, was a very enjoyable narrator for this story.  She’s just a likeable girl, who loves her brother and happen to have a crush on a guy that’s emotionally unavailable.  But she’s open enough to still pursue it.  Try to break down those walls a little at a time.  After a while though, I wasn’t a fan of Miles treatment.  There’s only so much a girl should take before she puts her foot down and pushes the guy off to do some thinking and reflecting on his actions.  She should, at some point, show enough self respect to know she’s worth more and deserves better.

After I hit the 25% mark, some annoyance started to kick in.  By half way through, I was getting pissed.  And by 80% in, I wanted to kick some teeth in.  See, I love a jerk hero as much as the next girl.  But if you’re going to make him a jerk he also needs to have this huge redeeming moment.  A lot of groveling is a must.  And I kept looking for that, but I don’t think it came.  This is where the book fell short for me.

As much as Miles had the potential for being a swoon worthy hero, he didn’t quite get there for me.  Their chemistry was definitely there, the background story was unveiled beautifully, albeit in a way that is becoming customary for Hoover, and in the end we got a good an emotional closure.  But as far as that HEA?  I don’t think it got there satisfyingly enough for me.  All the issues came out and got resolved in the span of a quick conversation.  The resolution was too quick for an issue that seemed so ingrained in the character’s heart.  And that is why I felt his actions throughout the book where then unjustified.

UGLY LOVE is emotionally charged and an angst ridden relationship that develops slowly, chipping away at the iceberg that has taken over Miles heart.  It still has all the markings of Colleen Hoover’s beautiful writing, and it was still a story that I enjoyed reading.  But it wasn’t my favorite by her by far. 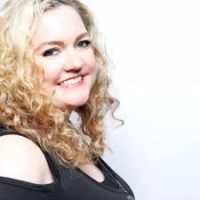 Thanks for the review, what annoyed you is sure to set my teeth on edge as well. I’ll still read Ugly Love but it’s not going to the top of my pile.

I’m really nervous about reading this book. You’re the second person I know who LOVES Colleen’s work as much as I do, but wasn’t blown away by this book. I think I’m going to wait to read it till all the hype dies down.