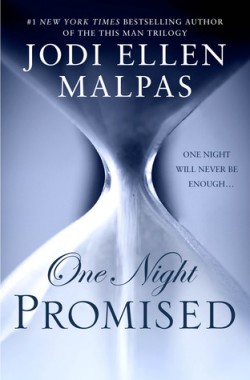 The mystery of who M(Hero) was and what he does kept me turning the pages. The not knowing and the process of getting to know him was exciting.  The romance is a bit unorthodox, but I was captured with the courtship and their uncontrollable need to be with each other.

Malpas pushed my limits in the beginning. She had me questioning myself if I should go on with the book or not. See, the heroine Livy, made some choices that I totally disagree with, in terms of safety when it comes to dating. Very unlike the character since she is the timid and naïve type of heroine but she braved it due to her intrigue and attraction for M. I guess this is what’s good with these types of books; it tends to rattle us up. Well, I’m glad I kept on because this book is good!

There were some unexpected twists and a bit of angst but it wasn’t to the extreme. The ending…I really didn’t see coming. There was a cliffhanger ending and it was a doozy. I found myself flipping the pages back and forth to make sure it had ended. It will leave you wanting more. Cliffhangers never bothered me but if you don’t like them, I suggest holding off until the next book is released. But make sure you get to it; you don’t want to miss out on this one.

I want to read this but will wait….thanks for the warning about the beginning and the cliffhanger….thanks angela

Elizabeth, You’re welcome. You dont have too long to wait. It comes out November. Make sure you get to it, it’s good. ~ang

Thanks for the review, I haven’t read anything by Jodi Ellen Malpas but I have part of her other series on my TBR pile.