Join our newsletter to be the first to hear our latest news! Learn More
Home / Reading on the Dark Side / The Dom’s Dungeon: Soren

Through my vanilla eyes.

10- PATIENCE – The ability to tolerate delay to insure his partner readiness is nothing short of admirable. It demonstrates a sense of unselfishness that goes hand in hand with his capacity to love.

”I wish I could give you everything you wanted. But even a good gift is a bad gift if given at the wrong time.”

8- KINDNESS – He demonstrates an infinite amount of consideration for others. He shows us that he’s in charge without displaying overbearing dominance or tyrannical actions.

7 – SUBTLENESS. Søren can exercise control by persuading your mind and thoughts. In the end, you just know you want to please him.

6 – RESPECT. Søren has an uncanny respect for everything and everyone around him, and it leaps off the pages.

5 – RESPONSIBILITY. The way we totally grasp his capacity to care and ensure the well being of his submissive is amazing.

4 – COOL. Again another excellent quality of a person that is in total control of his actions. I imagine you can’t really control another being when you can even hold you own emotions in check.

3 – DUALITY – Søren the devil will take you to hell, but the Saint will teach you heaven. You admire his human qualities while completely being aware of what lies beneath him.

”I wish I could give you everything you wanted. But even a good gift is a bad gift if given at the wrong time.”
“When you face your greatest fear and you survive, what’s left to be afraid of?”

2 – HONESTY – Søren is the epitome of it. He never hides who he is. He’s in total peace with who and what he is, and it makes you feel it is a privileged to get to know him.

“Every choice has a price. Sometimes we don’t know what it is until after we’ve paid it.”

And the number 1 reason why Søren is the best Dom!

You would think Søren is a DOMINANT,

but in reality, DOMINANCE IS Søren.

What is UTC saying about Soren:

With his Ducati and his blonde hair, Soren is the hottest priest ever known to man. I came across this quote while reading and I thought it perfectly summed up how Eleanor felt about Soren:

“If God looked like Soren there would be no atheists.” 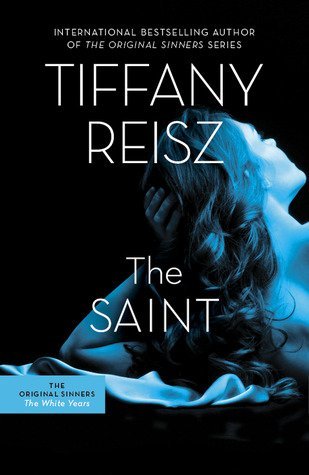 In the beginning, there was him. Gutsy, green-eyed Eleanor never met a rule she didn’t want to break. She’s sick of her mother’s zealotry and the confines of Catholic school, and declares she’ll never go to church again. But her first glimpse of beautiful, magnetic Father Søren Stearns and his lust-worthy Italian motorcycle is an epiphany. Suddenly, daily Mass seems like a reward, and her punishment is the ache she feels when they’re apart. He is intelligent and insightful and he seems to know her intimately at her very core. Eleanor is consumed—and even she knows that can’t be right. But when one desperate mistake nearly costs Eleanor everything, it is Søren who steps in to save her. She vows to repay him with complete obedience…and a whole world opens before her as he reveals to her his deepest secrets. Danger can be managed—pain, welcomed. Everything is about to begin.

By voting you are entered in the giveaway for each category.
Giveaways will run until the end of the month and winner of each will get their choice of book from the nominees.

And let’s start voting for the Ultimate Dom.
Let’s recap the nominees:

Soren is my favorite Dom ever. I love this series, though The Saint wasn’t my favorite book. The Angel is still my favorite, followed very closely by The Prince.

I love that I like a man that scares the sh*%t out of me..lol

i love the series of Søren so i voted for him

I too love the series, and is easy to guess who I voted for 🙂

I voted for Ronin

I have to meet this guy Ronin 😉

I voted for Ronin. He just sounds like my type of Alpha Dom! 🙂

I haven’t mer Ronin yet, but I’m planning to soon.

I voted for Soren because, well he is Soren! I cannot argue with the reasons listed! Sevastyan is so hot it is crazy. That book had some of the spiciest lines I won’t be forgetting about for a long time!

How can you not love Søren 😉 Sevastyan is good choice too!

Another one I need to get acquainted with 🙂

Soren, he has it all!

He’s such a well written character!

Søren is the ultimate Dom, he knows what it is he wants & desires , & he is prepared to wait to get it & not settle for anything less.
Oh the things I would do for one night with Søren!
XxXx

Lol be careful, your dream might become your biggest nightmare…Or is it the other way around? 😉

I voted for Ronin because I read Bound and Unwound and loved them both!

I can’t even form any other answer than Soren. I simply devour every book by Tiffany Reisz and cannot get enough. I think the line above Dominance is Soren sums it up perfectly.

He’s a perfectly written character, so many dimensions to his personality, and yet he’s just…Soren. I love Tiffany’s books too 🙂

Also ultimate book boyfriend would have to go to Sevastyan. Hot, Russian and dominant, I can’t think of anything better.

I voted for Soren. I love reading “forbidden” books and let’s be honest…a priest should NOT be a master…but he’s so well written and so human. Love it!

Same here! I agree, but I can’t never put these books down..lol

Sevastyan is my choice for favorite boyfriend…I know nothing about him but I am dying to read this book as Kesley is one of my favorite authors!

DeVries for me, I love the rough around the edges, not looking for soft love, type guy

I voted for Ronin because – well – um . . . He is just so hot! This book really showed me the beauty of the ropes. Ronin used them so well and the author did an amazing job showing us. And the MMA aspect of it all. *sigh* All those hot sweaty hunks! Oh my. I think I need a shower. Excuse me.

It was a hard choice, but I picked Soren.

Yeah, he seems to be in control of everything and everyone around him, including the reader.

I voted for Søren because he’s the most interesting character I know. That and he loves Kingsley, I mean who wouldn’t the man’s amazing. Every time you read about Søren you get to know him a little better, deeper. I love the fact that he loves Nora and Kingsley with every fibre of his being and he probably will for the rest of his life, no matter how the relationship changes or what they do. I smile at the arrogance jumps off the page he’s just lovable in every way possible, but, he’s also really scarey at times and you… Read more »

Yes to everything you said!

Ooh Soren…Soren…Soren! He’s the best from both worlds…Heaven and hell!

That woman is brilliant!!!

I voted for Soren because he really is the ultimate Dom. Favorite book boyfriend is Dex because he’s the perfect combination of cocky and sweet.

Are you implying that Soren is to Dominance what Chuck Norris is to everything else?

I think if Soren and Chuck Norris were in a fight, Soren would win.

Just like he should win this ultimate Dom. Yes.

I agree! Soren should win this hands down! Chuck who? 😉

I voted for Soren!

I voted for Soren. Hand down he is one of my favorite EVER book characters. I wanted to hate him but I just couldn’t. He was such a fabulous, well drawn character. He is a beautiful person even as he beats Nora.

There you go! Exactly why I love his character 🙂

I voted for Ronin since that’s the only one I’ve read so far.

You got it! Kimberly 🙂

I picked Soren b/c he sounds fantastic!!! Thanks for sharing 🙂

Thanks for a fun event!

I voted for Ronin, my type of Alpha Dom!

@The girls on UTC: Thank you guys for having me and for allowing me to express my fondness for this brilliant, holly-hell scary and incredible character 🙂

Anything Sinclair is my Ultimate Dom

Soren – you just want to please him – he loves soooo deep ( if you are Nora that is !)

[…] Søren from THE ORIGINAL SINNERS Series by Tiffany Reisz […]

Jeez! I wish Soren was my priest.