Alexander DeVries is the kind of Dom any woman could love. He’s certainly bossy-typical dom-and his past sometimes causes him to jump to unwarranted conclusions, but he’s loving, caring, and protective.

His protectiveness isn’t just for his girlfriend, Lindsey. It extends to his friends and to anyone weaker than he is. When Dark Haven sub Dixon brings his wannabe-Dom to Thanksgiving Dinner, Devries put the idiot in his place. However, he was so… so amazing. Like at Thanksgiving dinner with Dixon’s jerky wanna-be Dom. She smiled. Tad had insisted a “real” submissive wouldn’t safeword out, and Zander’d told him, “I’m trying to see it from your point of view , but can’t get my head that fucking far up my ass.” The silence afterward had been glorious.

But mainly, the man is sex on a stick. He can turn a woman’s head in a heartbeat-and leave her totally befuddled after he makes her come screaming. And when he talks dirty to her…

“So you really did like me that night?” Her question came out in a whisper. He pushed her hand off his chest and yanked her forward into a full frontal. “You mean when my cock was buried in your pussy, or when I took your ass?” His head lowered, and his words whispered against her lips. “Or licked you until you screamed?”

There are some surprises in store in his book-DeVries had previously been portrayed as a bi-sexual sadist, but it turns out, he prefers women for sex. Men can take his brand of sadism better than men, but afterwards, he wants a woman.

Overall, he’s sexy, caring , and exactly the kind of man to call the perfect Dom.

What UTC has to say about DeVries:

“While deVries starts off as a mean bastard in the beginning, he softens, showing readers a different side to him that had me falling in love with him.” (4 stars!) 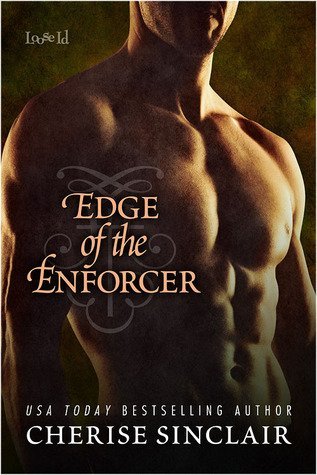 One sadist. One submissive.
One extraordinary love.
WELCOME TO DARK HAVENAND MAY ALL YOUR DARKEST WISHES COME TRUEFleeing false murder charges, Lindsey lands in San Francisco. There she builds a satisfying life until, in the notorious Dark Haven BDSM club, she encounters deVries. Moth, meet flame.A security specialist and occasional mercenary, deVries needs an adorable submissive like a knife to the gut. Hell, she’s not even a masochist. But here she is, all big brown eyes and sweet body and sassy mouth. Loyal. Tough-minded. Honest.Or maybe not, considering her ID is forged. If she thinks to lie to him, she’ll learn better. He’s the Enforcer of Dark Haven—his discipline is absolute, his punishments harsh, and his heart untouched…until now.

Before we start our voting for the Ultimate Dom (where we will also be giving away winners book of choice with one of the nominated Doms), why don’t you take a minute to make sure you voted for Ultimate Book Boyfriend and enter that giveaway!  Voting and giveaway for Ultimate Dom starts on Wednesday!

Sevastyan from THE PROFESSIONAL
by Kresley Cole

Dex Foray from the EXPERIMENT IN TERROR series
by Karina Halle

Looking forward to the Ultimate Dom

Alexander DeVries sounds just WOW and I really like the Jason Statham visual.

I love Cherise Sinclair, though I just read my first Dark Haven book this week. I enjoyed it.

I love Cherise Sinclair ‘ s Doms, especially her sadists! I loved getting to know deVries through his interactions with Lindsay in Edge of the Enforcer.

Love everything Cherise has written.

I loved this book and I have to say that DeVries is one sweet sadist but don’t tell him I said that, lol

Looking forward to read The Ultimate Dom
thank you for sharing 🙂