Welcome back to UTC, Lisa! Let’s get to know you a little better. Tell us five interesting things about yourself that readers wouldn’t know.
Thanks so much for having me back. I always enjoy being here.  Let’s see, five things, hummm….
1-I’m adopted
2-I was a teenage mother
3-I was a teenage bride
4-We’ve been together 30 years!
5-I get up in the middle of the night to eat cereal
Can you tell us a bit about the Of War series?
Sure, I’d love to. First and foremost this an 18+ Only Series, nothing YA or NA here and it’s not for the faint of heart or for those who like a light fluffy read. This is for those who like it dark, adult, intense, and hot. It also helps if you like mythology especially Greek and Celtic as the OF WAR Series centers around Ares God of War (hence the title), the Fey he falls in love with Alena MacLeod and his father dysfunctional family the Olympians.
How many books are in the series?
There are 4 novels, 1 novella, and 1 vignette.
Can you tell us a little bit about KINGDOMS OF WAR, the finale to the series that comes out in July?
The world is in ruins billions are dead due to Major Falls a weaponized version of rabies which was set loose on the world by an Olympian (I won’t say which one) who wanted to blame the whole thing on Ares and they went to great lengths to do it.  Now all that remains on Planet Earth are the descendants of Olympians, Feys, Faeries, and other magickal beings. Anyone who had 100% human blood was wiped out by the disease. Here at the end of the series we are dealing with three of the major kingdoms that remain; The Olympians, The Dark Fae, and The Descendants in what was once the Mortal Realm but most of them don’t yet know they are of godly blood.  A New World is rising out of the ashes of the old and at least one Olympian wants total reign over it. The Dark Fae want Alena their Lost Queen. I guess we’ll find out if Ares and Alena reach their Happily Ever After or if they’re parted forever by the very forces that have struggled so long to separate them.
What would you say was the most difficult thing about writing this story? How did you overcome that challenge?
Ending it. I’ve had such a ball writing this series I don’t want it to be over so I drag my feet and procrastinate and tell myself it ‘all sucks’.  I’ll let you know how I overcome that challenge when I actually get there!
Who are your writing influences?
Stephen King is my biggest influence and I think that shows in all of my stories and even in the topics I choose to tackle in my non-fiction works. I also fell in love with VC Andrews long ago, I simply adored the “Flowers in the Attic” series. There’s Jacqueline Susan, Harold Robins, Judith Rossner, and a little known writer named Shana Carrol.
When you aren’t reading or writing, what do you enjoy doing?
In the nice weather, which there isn’t too much of here in New England, I like to garden. I don’t do big in-ground gardens any longer because we have too many deer and other critters for that besides the older the I get the less I want to get on my hands and knees and weed. That position is for other, more pleasurable, endeavors. I’m also an avid but very amateur photographer.
What’s next for Lisa Beth Darling?
An extended hiatus. I need carpel surgery so after “Kingdoms of War” comes out I won’t be writing very much for several months. However, I do have a few ideas rolling around in ye olde noggin so don’t count me out or even down for the count. I’m just going to be taking a much needed break. 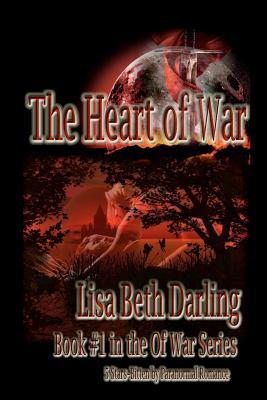 Inside the Heart of every Warrior breathes the Soul of a Hero–even within The Heart of War.Meet Ares God of War, the Alpha Male to beat all Alpha Males and the greatest Warrior the world has ever known. He’s moody, grumpy, dominant, ravenously sexual, and above all, built like a Greek God.Suspected of killing his Daughter in-Law, Psyche, and long in exile from Olympus, the solitude of Ares’ secluded Greek Isle is interrupted when Magdalena MacLeod a plucky little Fey washes up on his shore after believing she’s been shipwrecked. It’s not mere fate that has brought the unlikely couple together yet it may be what tears them apart.Get lost in this sweeping dark saga of lust, rage, revenge, and redemption. Battle Ancient Gods while falling in love with Ares God of War and Alena MacLeod. They share a love that will rock the world from the heights of Olympus to the Celtic moors.The Heart of War contains scenes of graphic sex and violence. As such, this novel and the entire OF WAR Series is intended for MATURE AUDIENCES ONLY it is NOT recommended for the Faint of Heart. 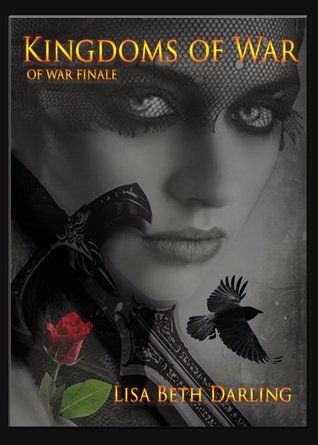 With nearly four billion souls lost to the ravages of anarchy and the dreaded disease Major Falls, Ares and Raven journey the Mortal World vainly reaching for a sliver of what was only to discover what will be. Unleashed by Apollo, Major Falls—a weaponized version of the flu and rabies– has wiped out every person of watery Mortal Blood.

From the fiery wreckage a new world is slowly arising one where the descendants of Olympians, Celts, Dark Fae, and all manner of Magickal Being will rule. For the last millennium the Dark Kingdom has sent small legions of its Daughters in search of its Lost Queen. Among their number is Lenora, a sharp tongued Dark Fae who joins up with ARES hoping to get close to its leader, Raven. And she does.

The Wolf inside the God of War contracts Major Falls. As Ares and Athena wander the world hoping to curtail further damage by obliterating weapons of mass destruction he slowly succumbs to the sickness taking over his fevered rabid mind. Ares may not live to see the glory of Olympus restored nor fight to keep his Wife. If he does, how high will be the price for Ares’ life? How long will Alena have to keep paying Apollo?

Lisa Beth Darling has an ebook copy of WOMEN OF WAR up for grabs today!
Comment below to enter! 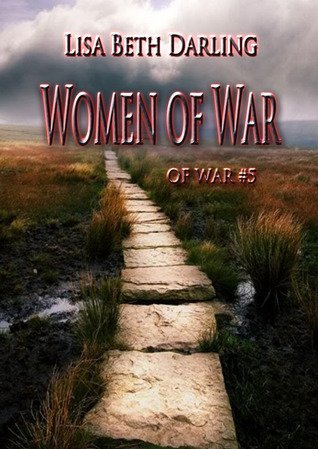 Venture on a Mystical Journey through Time and Secrets PastThis story spans four generations of women in Alena’s family from her great-grandmother, Shar Draíocht the last known Queen of the Dark Kingdom. Morrowind, her tortured daughter. Maven, Alena’s free spirited mother. And ends the night Alena washed up on Ares’ shore. With intensity, lust, fear, and strength these Women of War make their way in the world revealing the hidden truths of the past and Ares true connection to his beloved Wife, Alena.

thanks so much for the giveaway. i have never read any of lisa’s works before and would love a chance to win so i can correct that

Just wanted to say how great this looks and to thank you for having me here today! 🙂

Never read the book yet! Thank for the giveaway!

Love the cover for Kingdoms of War

i havent read the book yet but plan to thanks so much denise226@verizon.net

I’ve got the first three books in this series and I love it. Aries and Alena are a great couple and I look forward to the big finale.

This sounds great! new series for me but I’d love to try it! 🙂
goodblinknpark(AT)yahoo(DOT)Com