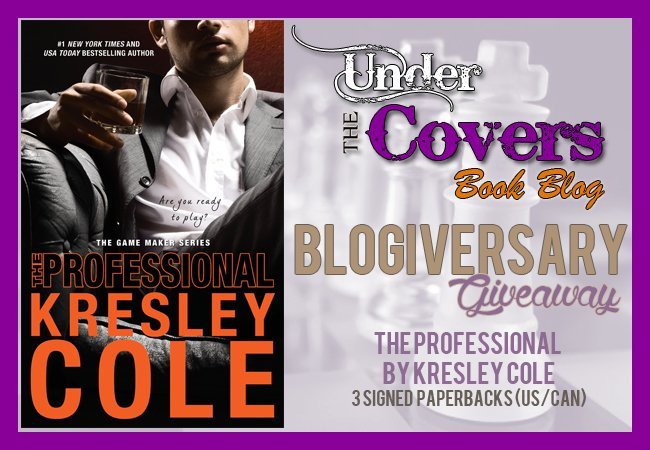 Gallery Books is graciously giving away three signed paperbacks of THE PROFESSIONAL by Kresley Cole.  This is open only for US/Can residents. 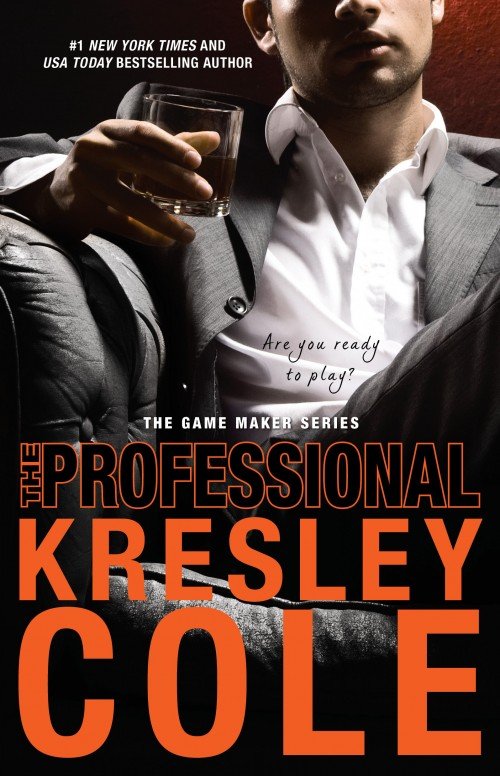 The highly anticipated complete novel of The Professional—the first installment in #1 New York Times bestselling author Kresley Cole’s scorching Game Maker series, an erotica collection that has readers asking: How hot is too hot?He makes the rules…Mafiya enforcer Aleksei “The Siberian” Sevastyan’s loyalty to his boss knows no bounds, until he meets the boss’s long-lost daughter, a curvy, feisty redhead who haunts his mind and heats his blood like no other. Ordered to protect her, Aleksei will do anything to possess her as well—on his own wicked terms.Rules are made to be broken…Grad student Natalie Porter had barely recovered from her first sight of the dark and breathtaking Sevastyan before the professional enforcer whisks her away to Russia, thrusting her into a world of extreme wealth and wanton pleasures. Every day under his protection leads her deeper under his masterful spell.Are you ready to play?Yet all is not as it seems. To remove Natalie from an enemy’s reach, Sevastyan spirits her into hiding. From an opulent palace in Russia to the decadent playgrounds of the mega-wealthy in Paris, the two lovers will discover that even their darkest—and most forbidden—fantasies can come true…

I woke in one of the yacht’s cabins, tucked under the covers. I had vague recollections of repeatedly jerking awake against Sevastyan’s side, until I’d gone under for good. He’d moved me? And changed my clothes? I was dressed only in one of his undershirts.

It was still dark outside, but I had no idea what time it might be; fall in Russia meant vanishing hours of light.

I could tell we were stationary. Maybe Sevastyan had finally come down here to rest.

Boom. Boom. What was that hammering sound? I rose to investigate, making my way toward the source until I reached the door to another cabin.

When Sevastyan didn’t answer my knock, I eased the door open. I heard the shower running—and the booming was coming from within that bathroom.

As a sinking suspicion took hold, I hastened into the bathroom. I sucked in a breath at the scene before me.

Naked under the spray of water, with his eyes glazed over and his teeth bared, Sevastyan was punching the stone shower enclosure with his battered fists. The steaming cascade hit his chest as he struck, over and over, as if at an invisible enemy.

If he’d been granite under pressure before, now he was fracturing right before my eyes—just like the stone he pummeled.

“What are you doing?” I cried. How could he keep this up? His fists bled; more blood trickled from a knot of cloth he’d tied tight around his bicep, his idea of a bandage for his bullet wound. It formed a groove between rigid bulges of muscle. “Please stop!”

“Stop!” Heedless, I tore open the shower door and scrambled inside, grasping his uninjured arm with both hands.

He was a killer, volatile and violent, but I felt no fear of him. Not even when he whirled around on me, black hair whipping over his cheek. He was breathtaking. Real. Raw.

That sense of connection to him flared like a blinding light.

Between gritted teeth, he said, “Leave.” His amber eyes were filled with such pain.

I could ease it. “I won’t leave you like this.”

“Why? You don’t give a fuck about me. Not beyond what I can do for you.”

Did he mean beyond pleasure? Beyond his protection? “You’re so wrong, Sevastyan.”

He just stared at me. What was he looking for? Permission? Understanding? Finally he moved, placing his palms on the wall on either side of my head, boxing me in.

His mafiya star tattoos were at my eye level, mere inches away, beckoning me. I wanted to wrap my arms around him and press my lips to his chest.

Tentatively, I leaned forward to graze my lips over one of his tattoos. He flinched as if I’d struck him, but he didn’t stop me. I chanced a brush of my lips over his neck. He was motionless, a statue on the outside, a ruthless enforcer on the inside.

I nuzzled the rugged line of his jaw. I tugged those locks of hair away from his face, then kissed the chiseled cheek I revealed.

When I slanted my lips over his, he shuddered out a breath and drew back. Blazing in his gaze was that bone-deep yearning, the one that called to mine. “What do you want from me, Natalie?”

How to articulate it? I want to kiss you until you forget your pain for a time, want to hold you tight against me because I can’t seem to get my body close enough to yours. In other words . . . “I want you to make love to me.”

Before, I hadn’t slept with him because of the future and consequences. I wasn’t sure I’d live long enough to enjoy the former, so I couldn’t be bothered with the latter.

At my admission, his brows drew tight; he looked like he was unraveling.

I asked him, “What do you want from me?”

I gasped when he fisted the collar of my T-shirt. “I want what’s mine.” He tore the material from me with one rip, making me tremble. He raked his gaze over my naked body, giving a tortured groan.

He looked at me like a man plummeting toward death would look at a pair of wings. As if I were the difference between life or death for him.

I laid my palms over his star tattoos; he cupped my face. His forehead met mine. We stayed like that for long moments.

When he took my mouth with his at last, I parted my lips in welcome, closing my eyes as he softly kissed me. God, I loved his taste, wanted to drink in the heat of his mouth.

As ever, I was struck by the contradictions of this man. He was tender, yet carnal. His thoughts were a mystery, but his body told a story—of his restraint: rippling muscles, heaving chest, shaking hands.

great giveaway i love the site

I still haven’t read this one yet, but it’s very high on my list. Love all of Kresley Cole’s books! 🙂

Love this! Thanks to Gallery books for the giveaway!! Would love to have one of these babies for my very own!

Someone heard me I’ve been waiting to win a signed copy of this book ever since I realized all three parts were being released…Thanks for the chance to win!

I’ve been so eager to read this book. I’ve seen so many great reviews and Kresley is one of my all time favorite authors. Awesome giveaway.
Happy Blogiversary!

Love her books! I still need to read this one! Thanks!

Happy Blogiversary! Thanks for all of your hard work & for sharing so many amazing reviews/giveaways with your fans!

The Professional sounds good *clicks add to wishlist on Amazon*.

I love this book. I pretty much love all the books you recommend.

Still haven’t read any Kresley, and I don’t know how that happened–gotta fix it!

I’d love to win a copy of this book. Kresley’s IAD series is awesome and I’ve been dying to read this too! Thanks for the giveaway and Happy Anniversary!

This sounds really good. Thanks for sharing the excerpt.

I love this story. It is a fast paced story which is my favorite kind.

I love Kresley Cole’s books but haven’t had a chance to read this one yet….Congrats on the Blogeversary!

Thanks for the post, I really want to read this!

I loooooooooove Kresley Cole!! Love her!!!

I loved this book on audio. Narrator did a great job.

This giveaway looks awesome and I wish I could win her book!