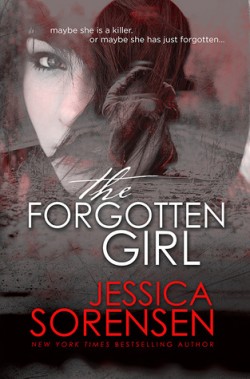 The Forgotten Girl
by Jessica Sorensen

“If you’re interested in a mindfuck, then THE FORGOTTEN GIRL will certainly give you the story you desire.” ~Under the Covers

Jessica Sorensen has gained my trust in her fully as a writer. Since discovering her books, I have fallen in love with all her characters. But THE FORGOTTEN GIRL is quite different from what we’ve seen from her so far. As a dark thriller, Sorensen steps away from the romance and focuses on manipulating emotions in THE FORGOTTEN GIRL.

Maddie has no recollection of her past. After being found on the streets alone, her mother has taken her under her wing, put her with a therapist and hopes that a recovery is possible for her. However, it is clear that the mother knows far more than she lets on.

Meanwhile, Maddie struggles with another side of herself. She calls this “person” Lily – the “bad side” to herself. Lily is stronger, more callous, more reckless and definitely more crazy. She takes over sometimes, leaving me to wonder if Maddie is schizophrenic or has Multiple Personality Disorder. You find out what it is at the end. But for most of the book, I was confused as Maddie was. Sorensen keeps her readers in the dark for the majority of the book, twisting lies and leading you on. You have to keep faith throughout because while it can feel choppy in some scenes, I still managed to finish this book quickly.

It should be said that although Sorensen is a terrific romance writer, there isn’t a romance in this book. There is sex, but the emotions aren’t prevalent enough to be considered a relationship. If you’re interested in a mindfuck, then THE FORGOTTEN GIRL will certainly give you the story you desire. 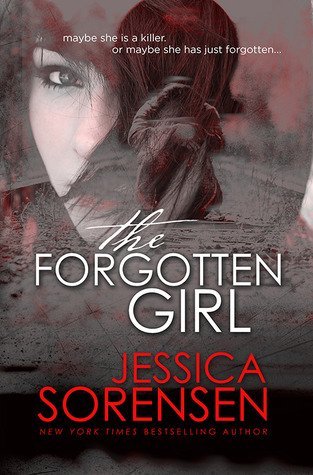 Twenty-one year-old Maddie Asherford is haunted by a past she can’t remember. When she was fifteen years old, there was a tragic accident and she was left with amnesia.
In the aftermath, Maddie’s left struggling with who she is—the forgotten girl she was six years ago or the Maddie she is now. Sometimes it even feels like she might be two different people completely—the good Maddie and the bad one.

Good Maddie goes to therapy, spends time with her family, and works on healing herself. Bad Maddie rebels and has dark thoughts of hurting people and sometimes even killing them.

Maddie manages to keep her twisted thoughts hidden for the most part. That is until she starts having blackouts. Each time she wakes up from one, she’s near a murder scene with no recollection of what happened the night before and this helpless feeling like she’s losing control of her life. Maddie doesn’t want to believe she’s a killer, but she begins to question who she really was in her past. If she was bad Maddie all along and that maybe she was a killer.

“You’re going to be okay, Maddie.”

The person continues to stare for a while before crouching down beside me. I have the strangest compulsion to reach up and claw their eyes out, hurt them, but I can’t lift my arms up.  They lean over me, sheltering my face from the rain with theirs. I still can’t see their expression or facial features, but know their watching me. Studying my wounds. My heart thrashes. Quicker. Quicker. Quicker.  My chest moves with it, gasping for air. I can’t hear, see, think. Who am I?

The person silently assesses me with their head titled to the side, putting a cigarette into their mouth. They strike a match and light the cigarette, puffing on it a few times before pulling it out of their mouth. Then they reach over me, their fingers seeking my hand, smoke dancing into my face and nostrils. Then he utters softly, “Wait, you’re not her.”

Not who? I start to shake, scream, try to move, my heart racing so fast inside my chest it aches deep inside my muscles. My adrenaline soars, blood rushes through my body. It’s too much. I get dizzy, the world becoming colors and shapes that I can’t make sense of… I can’t make sense of anything. But I feel the touch of fingers on my hand as they pry my fingers open easily, despite my desperation to hold onto it. The object falls out. Plink. Hits the pavement. My heart slams against my chest so hard it knocks the breath out of me. I suck in an inhale and scream as loud as I can. Pain surges through me, fills my head. It feels like I’m splitting in half, becoming someone else, part of me dying. Kill him. I lift my hand up toward the stranger as he watches me through the dark, unafraid. When my fingers graze his neck, I fold them around the base and squeeze, strangling him. He doesn’t fight back, just remains crouched beside me, as if saying: Go ahead. Do it. Kill me. And I do until I open my mouth and finally get my scream out, the pain in it evident and burning it’s way through my body.

“I don’t want to be here anymore!”

“It’s going to be okay,” he whispers as he gasps for air. “I promise.”

But he’s wrong. Because moments later the rain drowns me out and everything goes black. 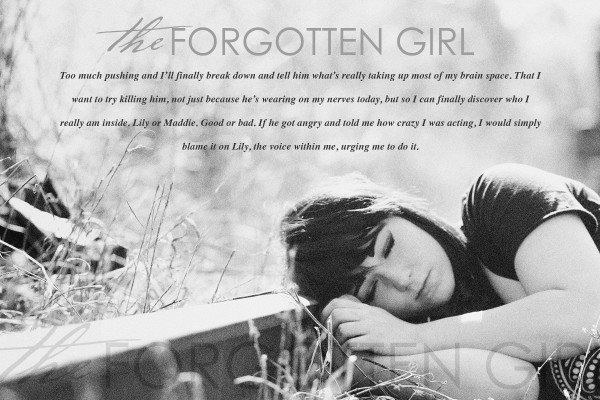 Will be sold EXCLUSIVELY on Amazon until June 13th

Jessica is giving away:

Great review! I love Jessica Sorensen’s books! Can’t wait to read this one.

Oops! A URL in your tweet appears to link to a page that has spammy or unsafe content.

Can you please fix so I can tweet for you? Thanks