Wow, I’m super excited to be on the Author Override today!! I’m a little shocked and awed that our lovely host trust me enough to take over. Today, I wanted to tone down my normal humor and talk about something that is very serious to me. I promise, I’ll try not to get too comical. Really.

My latest release in the anthology The Sin Circus, features two characters that I’m absolutely in love with—and I hate that I only gave them a short story to play in. Ivy D. Suede is not your typical business woman. She owns the Sin Circus, a fantasy inspired sex circus, and is also the owner and Domme to Dirk Metcalf. Dirk is her accountant/boyfriend/sub.

Now that the introductions are out of the way, let me explain why it was so hard writing this woman. Normally, I write my heroine’s more on the submissive side. I’m not super fond of reading erotica with Domme’s in them, or at least, not many have made me stand up and sing. But…when I began this short story, I knew that Ivy was different. She was commanding and demanding. She knew what she wanted and she wasn’t afraid of going after it…even if that meant enticing a man ten years younger than her.

I had some difficulty getting into her head. She didn’t act the way I wanted her to. Every time I’d drive her to the left, she’d jerk me to the right. I’m not kidding. She’s by far the hardest character I’ve ever had the fortune to meet. (Don’t make fun of my imaginary friends)

It took me a while to figure it out, and ultimately, it was my hubby that set me straight. He read some of it over my shoulder and coughed. “Rachel, you’re writing her like she’s a dude.”

I glanced over my shoulder at him. “What?” No! And then I read it again…and yeah, the first draft, she was totally a dude—because in my mind, dominant people were dudes. I’m a submissive woman. I like letting my hubby lead. I have to lead so many people in my day job, it’s nice to let him have the reins in the bedroom. So…I had to do some research. I had to go back and write her with emotions—female emotions—and I had to give her a reason for all the anger I’d created in her character. 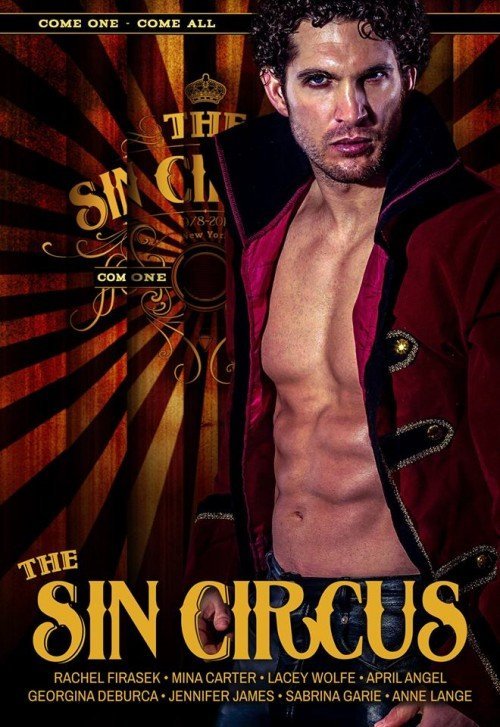 Everyone remembers their first trip to the circus–the home of fantasy and dreams. Where the idea that anything is possible meets a creative reality of alluring tricks and amazing acts of defiance. The big top is known for inspiring lust, awe, and happy memories, and now you’ll see it like never before.

Dark Surrender by Rachel Firasek
He stole her control, but she hasn’t completely surrendered her heart…yet.
http://www.rachelfirasek.com

Ivy stepped awayand turned back to the crowd. “So even if they protest, it doesn’t always mean that they are ready to end play. If he didn’t safeword, it’s my job to soothe his fears and remind him that I’m here with him.” She pointed to Dirk’s impressive erection. “And as you can see, he’s obviously enjoying the flogging.” The crowd leaned forward in their seats, admiring Dirk’s straining shaft. Normally, she wouldn’t want to share her well-endowed lover, but this wasn’t about what was hers and what wasn’t. The need to control and even punish completely plagued her now. And the harder she fought for the rigid structure to return to her balance, the further away reality seeped from her. “Now it’s time to get him out of his head with pleasure.”

She took her beloved flogger and whipped him in steady strokes, starting at his collarbone, over his nipples, and down to his stomach. When she grazed his lickable V—the indentations arrowing to his erection that she’d nibbled, sucked, and laved with her tongue so many times before—with the strips of leather, he released a shuddering breath. She eased her wrist and teased along his cock with short jerks. He hardened even more, and his shaft lifted, jutting straight toward the crowd.

Dirk’s head tipped to the side, and his breathing changed. She was sending him into subspace and that pissed her off. Why should he get to escape? They were in this together, and he had no right to abandon her. 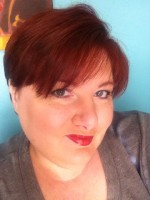 Rachel Firasek spends her days daydreaming of stories and her nights putting the ideas to ink. She has spent a dull life following the rules, meeting deadlines, and toeing the line, but in her made up worlds, she can let the wild side loose. Her wonderful husband and three children support her love of the written word and only ask for the occasional American Idol or Swamp People quality hour.

She has a philosophy about love. It must devastate or it isn’t truly worth loving. She hopes that you all find your devastating love and cling to it with all your heart.

We’re excited to invite you to enter our
Rafflecopter Giveaway for a chance at a Sin Circus swag pack! 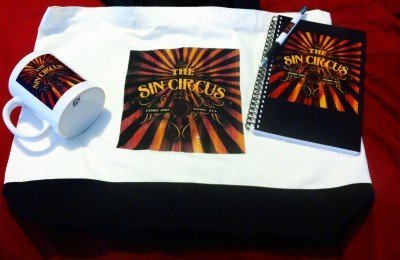 I always shower you with love you are awesomely awesome!!! And this book rocks just need to join a troupe like it. Plus gotta suck up i have a mad tote issue gotta have

Bambi, you are awesome! 🙂 Good luck with the contest, and if I find one of these circuses, I’ll let you know. *winks*

I like the knife throwing…makes me nervous! Is that in the book?

Yes, Mina Carter has a fantastic story featuring the knife daredevils! 🙂 So sweet!!

We have our own death defying tumblers. 🙂 Woot!

Lion taming and no not brave enough.

Baha! Milly Taiden/April Angel will steal your breath with her dangerous kittens.

The beginning when all the acts are doing their brief intros for the show….gets me excited for what’s to come

I love that moment. You hold your breath and your eyes dart everywhere trying to absorb it all. I love it. Thanks so much for stopping by!

Great post Rachel! And, thanks for hosting The Sin Circus!

Great Post. Can’t wait to read this book. Always wanted to find a circus with all the different acts that you always see in the movies.

Thank you so much! I loved the Circus growing up. 🙂 And I love that we found a different take on it.

Rachel- This story sounds great. I swear earlier this week I was thinking that I would like to read a good story about a Domme. Perfect timing! I just ordered on Amazon.
Thank you!!!

I forgot to add that I like the acrobats.